How the Blue Lagoon in Iceland Became a Beloved Tourist Attraction 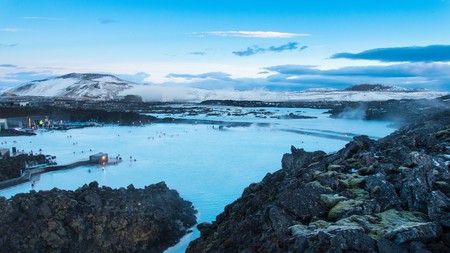 The famous waters of the Blue Lagoon in Iceland, which opened in 1976, have captivated travellers and contributed to the tourism boom in recent years. It’s still a worthwhile place to visit, living up to its hype for its health-giving properties as well as its beauty. But how did it get to be so renowned? The answer lies with dermatologists.

Book Culture Trip’s exclusive, five-day Iceland tour for the chance to relax at the Blue Lagoon, immerse yourself in Iceland’s stunning landscapes and dive into its foodie scene. 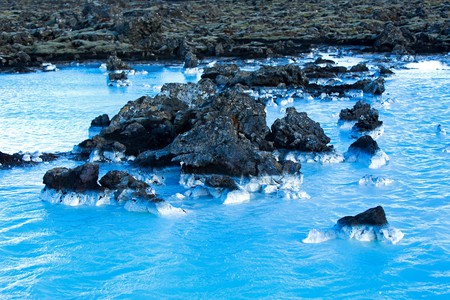 The waters of the Blue Lagoon are full of mineral salts, healthy algae and a kind of silica mud that contributes to its cloudy blue colour as well as being a nourishing tonic for our skin. The lagoon was the accidental result of drilling by the Svartsengi Geothermal Plant. Shortly after its genesis, people were curious and began to bathe in the waters and noticed how great their skin felt after a dip. Word got around, as it does easily on the small island, and attracted the attention of Icelandic dermatologists and biologists who wanted to explore the water’s effect in treating skin conditions. 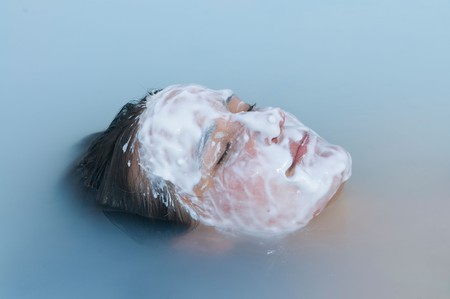 The first bathing facilities opened to the public in the 1980s, with a special clinic for psoriasis patients, whose skin rapidly improved after swimming in the water. The Reykjanes peninsula became a hotbed of research on the health benefits of the Blue Lagoon’s waters and subsequently, a line of skincare products and treatments based on the mineral content were launched. Harnessing natural resources while following environmental sustainability was also a huge draw. 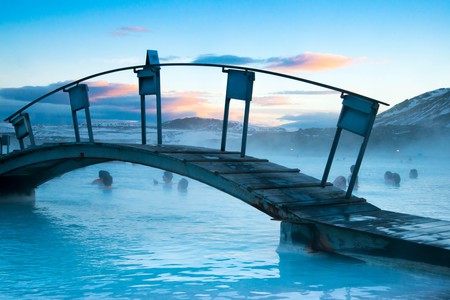 Iceland’s location on the volcanic Mid-Atlantic Ridge, the meeting place of the North American and Eurasian tectonic plates, creates steady tectonic action, contributing to Iceland’s volcanic activity. Part of this volcanic network is its hot springs and boiling geysers. Although an accident, the Blue Lagoon is also a result of Iceland’s placement on the tectonic ridge that creates the hot springs that keep the lagoon at a comfortable temperature. The reservoir also provides clean, sustainable heating for residents nearby.