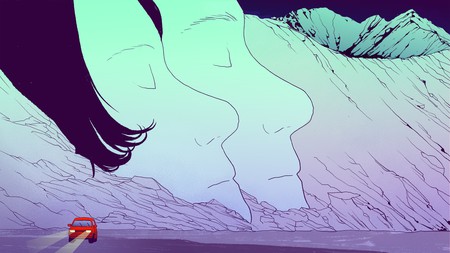 Magic, myths and legends play a huge role in traditional Icelandic culture. We spoke to a folklore expert to find out how to stay on the right side of the evil spirits.

With its active volcanoes, fiery fault lines and bubbling geysers, Iceland’s geography is nothing if not dramatic. Even in the 21st century, with our sophisticated knowledge of tectonic plates and the benefit of seismological equipment, the movements of the Earth here sometimes seem to defy explanation. So it’s perhaps small wonder that myths, sagas and superstitions play a huge role in Icelandic culture. How else would the first people to settle here explain what was going on around them?

“The landscape was a storybook for the inhabitants,” says Dr Terry Gunnell, a professor of folklore at the University of Iceland, as “Icelanders attempted to find explanations for the powerful environmental changes taking place on the island”.

“Up until the 19th century, many people were living in tough conditions, battered by winds and snow in the wintertime, as well as a succession of natural disasters and plagues. Accidents were often attributed to magical beings with powers that were thought to be hidden within rocks and crevices. Missing farms were said to be eaten by trolls, for example, and the terrible storms during winter were seen as the work of evil sorcerers.”

Told and retold during the long, dark winters in the cramped and stuffy confines of the Icelandic homes of the time (usually in the baðstofa, the room furthest from the front door) stories like these passed into legend. The best of them were repeated far and wide, spread around travelling tradespeople, bishops, priests and others who crisscrossed the island. “These visitors were the bearers of rumour, news and legends between farms in different areas,” says Gunnell. Passed down from generation to generation, these legends gave rise to a unique set of superstitions in Iceland, many of which persist to this day.

The most well-known Icelandic legends are about elves known as huldufólk (‘the hidden people’). “The settlers of Iceland all seemed to believe that the land itself was under the ‘ownership’ of local spirits,” says Gunnell. While there are many stories of friendly interactions with these elves, they could be dangerous if crossed, casting curses on the locals or causing tragic accidents.

This, according to Gunnell, is why roads are often built a safe distance from large rocks – so as not to disturb the elves. It’s said that if you wait at a crossroads late on Midsummer’s Eve, the elves will come to greet you bearing gifts and money. According to superstition, if you accept their offerings, you’ll be plagued with bad luck – but if you wait until they leave in the morning, the gifts and money will be yours without consequence. 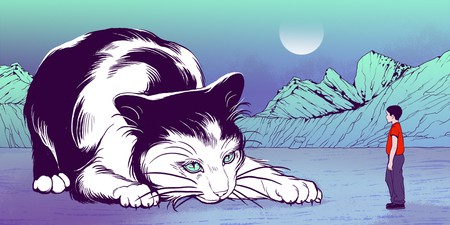 Elves aren’t the only spirits who inhabit the rural landscape of Iceland – there are countless tales of trolls who live in the dark reaches of the country’s mountains. “Icelandic trolls are descendants of the earlier jötnar or ‘ice giants’, who competed as equals with the gods in Old Nordic mythology,” according to Gunnell.

Grýla, a prominent character in Icelandic folklore, is a troll with an insatiable hunger for children, who comes down at Christmastime to hunt for those who have misbehaved. Throwing them in her sack, she drags the naughty children back to her cave and boils them alive before eating them. She has a lazy husband, Leppauldi, a brood of mischievous children who are fond of harassing people and a particularly vicious cat. Icelanders give each other new clothes to wear during the festive season, but if you’re not wearing anything new by Christmas Eve, Grýla’s cat will come down the mountain and eat you alive.

Haunting stories and the ghosts of murdered children

“Icelandic ghosts come back for retribution and tend to attach themselves to specific areas or people,” says Gunnell. This applies particularly in the case of unwanted or illegitimate children murdered by their mothers, or left to die, who will come back to haunt them and the places of their deaths. “Other [ghosts] walk the landscape because they have been woken by magicians and not put back to sleep,” he says.

Superstition suggests that offering a stone when crossing a haunted mountain pass in Iceland will ward off the evil spirits, allowing you to pass without incident. 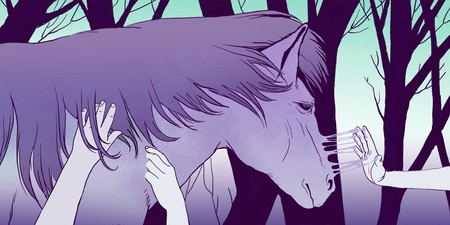 Monsters of the deep

“Alongside the land-based supernatural figures, there are a number of others more directly connected to water,” says Gunnell. Numerous eyewitnesses in East Iceland tell of a large monster living in the silvery glacial waters of Lagarfljót, the long lake that stretches out southwest from the town of Egilsstaðir.

Local residents of Arnarfjörður also claim to have seen sea monsters like Nykur, who resembles a horse with backward hooves, in the deep waters of the fjord, and on the shoreline. Legend has it that if you try to climb onto the horse’s back, you’ll get stuck to its sticky skin, whereupon Nykur will run back into the water to drown you.

Zombies, witches and how to avoid them

As in most European countries, there was a period in Iceland when tales of witchcraft and sorcery were commonly believed. The magicians from the Westfjords were storytellers with the power to raise people, particularly children, from the dead.

“These figures, known as sendingar, were sent walking across the country to attack others,” says Gunnell. In the 17th century, rumours of these zombies spread panic around the country, resulting in a vicious witch-hunt.

Witches were supposed to be able to release evil spirits, so Icelanders created their own version of knocking on wood to keep bad energy away. They chant Sjö Níu Þrettán (seven, nine, thirteen) – numbers with magical connotations in Christian and Pagan beliefs – as they wrap their knuckles on the table. It might be worth a try if you ever feel the breath of an evil Icelandic spirit over your shoulder.