From Iceland With Love: 6 Reasons To Visit Reykjavik 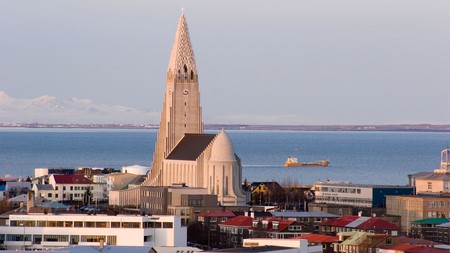 Iceland is one of the most popular travel destinations in the world, offering a range of cultural and nature-filled experiences. As the world’s northernmost capital, Reykjavik is full of surprises, making it an ideal place for a city break.

Despite its northerly location, a trip to Reykjavik is suitable both for travellers on an Icelandair stopover on their way across the Atlantic or those looking for a short getaway. Home to nearly 359,000 people, Iceland has seen a dramatic rise in tourism in recent years thanks to locations that have been featured in numerous movies and TV shows, such as Game of Thrones. A dream destination for many, the small Nordic country has a diverse landscape, an impressive gastronomy scene and astonishing natural wonders that are easily accessible. 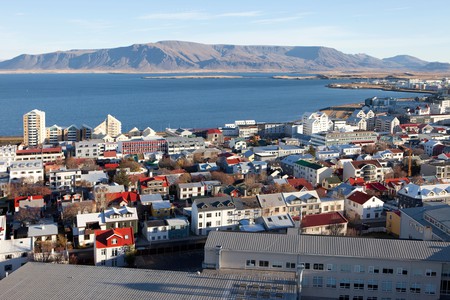 Learn about Icelandic culture by visiting its many museums. While the National Museum hosts the country’s most famous artefacts, it also allows you to explore what life in the country was like centuries ago through curated exhibitions that take you through Iceland’s settlement, Viking and modern eras. Within walking distance of Tjörnin, a small lake in central Reykjavik, you’ll also find other prominent museums like the Settlement Museum and the Culture House. To get a sense of how much domestic life has changed in Iceland, a visit to the Saga Museum is a must. Located by the Reykjavik harbour, it’s filled with masterfully crafted wax dolls and reconstructed farms, giving you a sense of how life was centuries ago.

When you’ve finished ducking in and out of museums, stroll around the city’s beautiful Old Town, exploring the intricately coloured houses and the city hall. Due to its size, it is very possible to explore Reykjavik on your own; however, a walking tour organised by City Walk Reykjavik allows you to experience the Icelandic capital with a native Icelander as your guide. 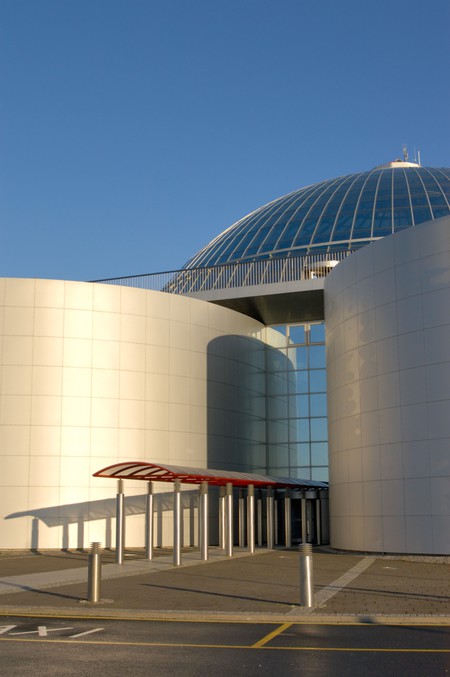 Reykjavik is home to many top art galleries showcasing the best of Icelandic talent. The National Gallery displays a wealth of artwork from the likes of Jón Stefánsson and Einar Hákonarson, a trailblazer in the Icelandic art scene. Through photographs and paintings, the gallery’s emphasis is on 19th -and 20th-century art, while also displaying art from international artists like Pablo Picasso. Situated close to the popular meeting place Ingólfur Square, Reykjavik Art Museum is a dynamic gallery that showcases arts from Erró, Kjarval and Ásmundur Sveinsson, three of Iceland’s most prominent artists. Also supporting up-and-coming artists, the museum is a world-class treasury showcasing the history and culture of Iceland through art. 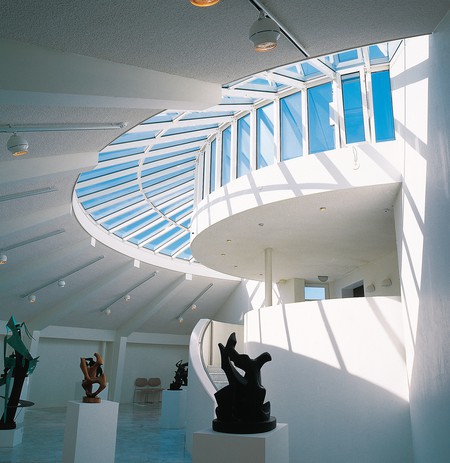 About 20 minutes away from Keflavík airport and less than an hour away from Reykjavik, you’ll find the Blue Lagoon. The picturesque geothermal seawater pool complex hosts millions of visitors each year, making it one of Iceland’s top attractions. With access to drinks that can be purchased at a bar inside the actual pool and a mask bar offering revitalising and cleansing facial masks, a visit to the Blue Lagoon will feel nothing short of amazing.

Standing at 74.5 metres tall, Reykjavik’s famous Hallgrimskirkja church can be spotted from afar – in fact, it is visible from any point in the city. The majestic white building is Iceland’s largest church and sits at the top of the central art and shopping street in Reykjavik. Purchase a ticket to get up to the top of the church, where you can enjoy some of the best views of the city. If heights aren’t your thing, simply admire the interior design of the church at ground level for free.

To learn more about Iceland’s history from a different perspective, a visit to Perlan is encouraged. Placed on top of Öskjuhlíð hill, 61 metres (200 feet) above sea level, Perlan hosts a planetarium, an exhibition space and an observation deck. Feel the power of earthquakes and volcanoes, walk inside a man-made ice cage, and absorb everything Northern Lights-related at this historical landmark. The dome-like building sits on six hot water tanks and offers panoramic views of Reykjavik. 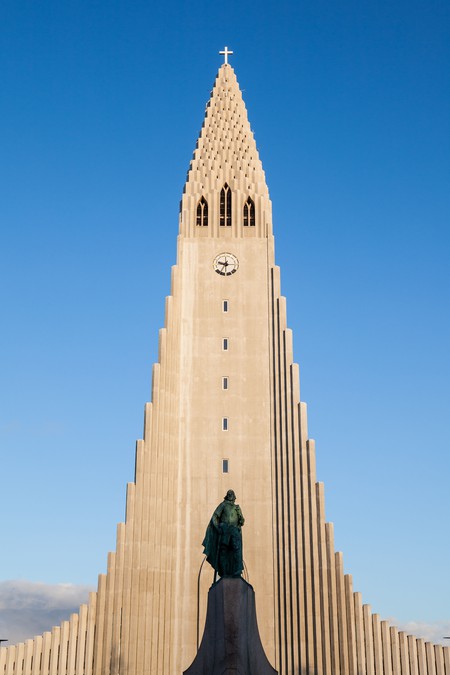 The otherworldly aurora borealis, better known as the Northern Lights, can be seen from various high-latitude countries in the world. In Iceland, you can spot the spectacular sight from Reykjavik, either by yourself or by going on a tour that takes you to the best places to view the radiant lights in the sky. Visible during the long Icelandic winter, the best time to see the lights is between September and March, as the nights are the longest then. 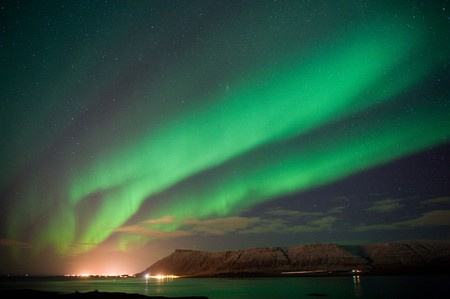 The aurora borealis, or Northern Lights, can be seen in Reykjavik | © Robert Hoetink / Alamy Stock Photo

It should come as no surprise that seafood is a big part of Icelandic cuisine. Thanks to its close proximity to the ocean, you’ll be able to eat the catch of the day on a daily basis. From cod and salmon to langoustines and lobster, Icelandic restaurants have mastered the art of preparing fresh seafood caught in the North Atlantic Ocean.

Located within walking distance from the marina, Matur og Drykkur is a simple eatery that specialises in traditional cuisine, which includes goat’s cheese, bacalao and halibut. Despite being a fairly small venue, the restaurant doesn’t compromise on quality, with dishes based off of old Icelandic recipes. 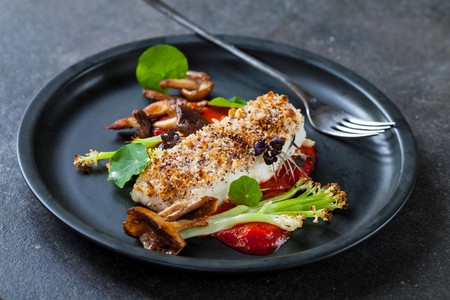 You won’t find many fast-food restaurants when walking around the streets of Reykjavik, but one popular eatery that has captured the hearts of locals is Bæjarins Beztu Pylsur. Standing strong since 1937, the tiny hot dog stand has become an attraction on its own and is frequently included in guidebooks. With a picture of former US President Bill Clinton (who visited the stand in 2004) on the wall, Bæjarins Beztu Pylsur takes much pride in serving the best hot dog in the country. Make sure you have it the Icelandic way by ordering einu með öllu (one with everything): a hot dog with fried onion, ketchup, sweet brown mustard, regular mustard and remoulade sauce. 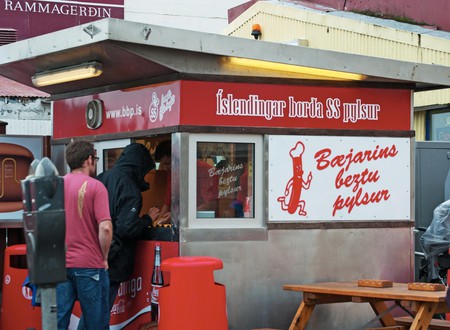 From steaming volcanoes and powerful waterfalls to impressive glaciers and beautiful fjords, Iceland’s landscape is full of contrasts. Take a stroll through the lush Elliðaárdalur Valley, a peaceful oasis in the middle of Reykjavik, or dip into the waters of Nauthólsvík, a geothermal beach in the Icelandic capital. Visit the city of Mosfellsbær if you’re looking for some adventurous cycling routes or stop by Laugardalur, a major centre that hosts a botanical garden and the largest outdoor thermal pool in Reykjavik. 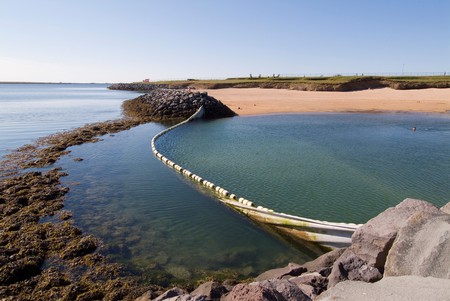 Linda Konde was hosted by Icelandair on a press trip to Reykjavik, Iceland.