Discover the Best Food in Reykjavík With Restaurateur Tommi Tómasson 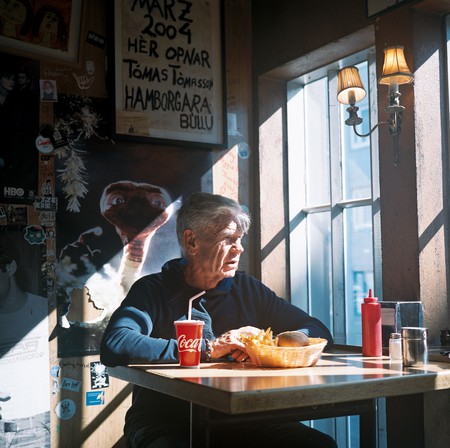 Tommi Tómasson, one of Iceland’s best-known chefs, shares his insider tips for where to eat everything from traditional Icelandic food to barbecue ribs in Reykjavík.

Tommi Tómasson has been a part of Reykjavík’s restaurant scene since 1981, when he opened Iceland’s first fast-food restaurant after falling in love with the humble burger when living in the US. Continuously curious about food, he also claims to have introduced sushi to the country when he was running the Hótel Borg in 1993. “Nobody knew what it was then! Now you can get good sushi all over the city; I was 10 years ahead of my time,” he says. “And I opened the first Hard Rock Cafe in Iceland in 1987 – that was a revelation.” The restaurateur still runs a number of Tommi’s Burger Joints, both in Iceland and internationally, and enjoys exploring the dynamic food scene in the world’s northernmost capital. 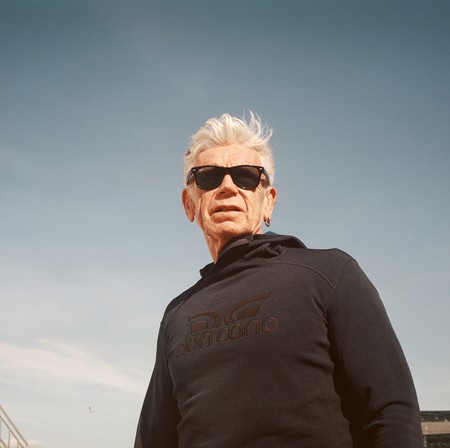 The difference between Iceland’s restaurant industry in the ’80s and the culinary landscape now is “like day and night”, says Tómasson. “Today we have a lot of international food and experienced, good chefs. We were like country people back in 1981; now restaurants are definitely more internationally influenced and the tourism boom in Iceland has also led to more restaurants.” After decades at the centre of the country’s restaurant scene, Tómasson is well-connected with the chefs creating the best food in Reykjavík, and knows exactly where to go for a standout meal in the capital.

One of his favourites is Forréttabarinn, located across the road from the very first Tommi’s in Reykjavík. The buzzy restaurant with its small-plates concept has been very successful, Tómasson says. “Forrétta is Icelandic for appetiser, so it’s called the ‘Appetiser Bar’, and serves different small dishes. You usually choose three or four to share. The service and quality is consistently good here, and the prices are very reasonable. Some of my old staff members work here, and the owner is a former apprentice of mine – I’m very proud of him.” Like most Reykjavík restaurants, Forréttabarinn is located by the harbour, as this is where the tourists tend to go. 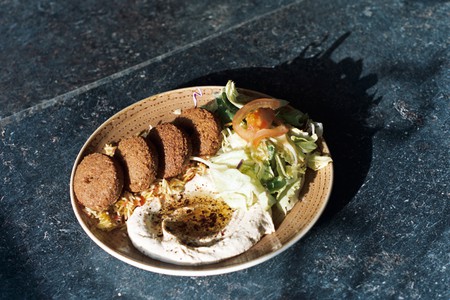 In the harbour area you’ll also find Tapasbarinn. “Tapasbarinn has been around for about 15 years and is open late, until 12am-1am,” Tómasson says. “The atmosphere here is energetic and it’s an affordable, good-quality combination of a happening bar and a restaurant. It’s located downtown, too – in Reykjavik, everything is, like, 10 minutes away.” Reykjavík is home to a variety of cuisines, and Tómasson recommends Mandi for when you fancy Middle Eastern food – it’s his daughter Melkorka’s favourite. “They have falafel and kebab as well as other dishes, the quality is very good and it’s inexpensive. The staff is from the Middle East and it’s a very friendly place. You almost stand up when you eat, but they have a few high stools.”

Downtown, parallel to Reykjavík’s main street, you’ll find another restaurant with an international influence. Snaps serves food that Tommi describes as Danish-French-Icelandic. It was the first restaurant to introduce the concept of eating at the bar to Reykjavík, and the chef previously worked in Denmark, which has inspired the menu. “Snaps is affordable and busy; the restaurant can seat 80-100 people and there’s always a wait. It’s got an air of fun and excitement. This is my son Ingvi Týr’s favourite restaurant – he comes here every 10 days or so,” Tómasson says. 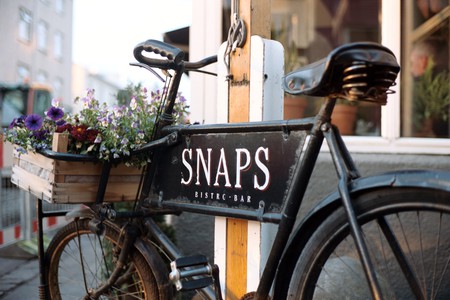 Brewdog, the Scottish brewery and pub chain, also has a Reykjavík branch now, and Tómasson has a good tip for it. “Surprisingly, Brewdog has the best barbecue ribs in the country! We used to serve barbecue ribs at the Hard Rock Cafe and mine were good, but these are much better. The chef, Siggi, actually used to be the head chef at Tommi’s in London. Brewdog also has over 20 different beers on tap. It’s quite busy, but I will often go there to buy barbecue ribs to eat at home,” Tómasson says. 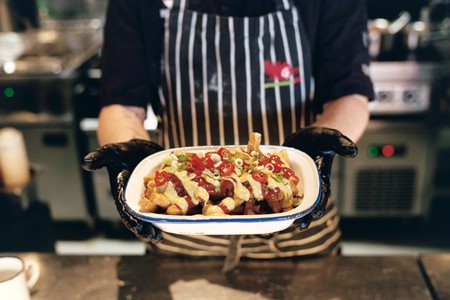 If you’re visiting Reykjavík and want to try some of the local specialities, Icelandic Street Food is the place to go. The restaurant, which has been open for a year and a half, serves traditional Icelandic food. “This place is a miracle – it’s a small restaurant with high chairs and it sells 1,000 litres of Icelandic lamb soup every day. The soup is made from lamb meat cooked until it comes loose from the bone, and then you add carrots, potatoes and other vegetables. It’s served inside a bread roll,” Tómasson explains. The restaurant is so popular, it’s busy from 11am to 11pm. 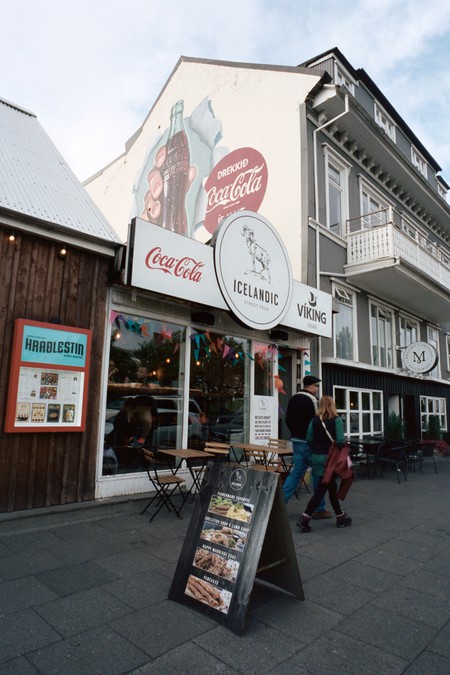 As well as enjoying the ever-changing restaurant scene in Reykjavík, Tómasson continues to focus on his Tommi’s Burger Joints. He plans to keep opening restaurants internationally, but at a slow pace. “It’s like an airplane – if it climbs too quickly it will stall, and the same is true of opening too many restaurants too fast,” he says. Don’t miss the chance to try a Tommi burger when visiting Reykjavík, as they continue to delight fans almost 40 years after he first introduced them to the city. 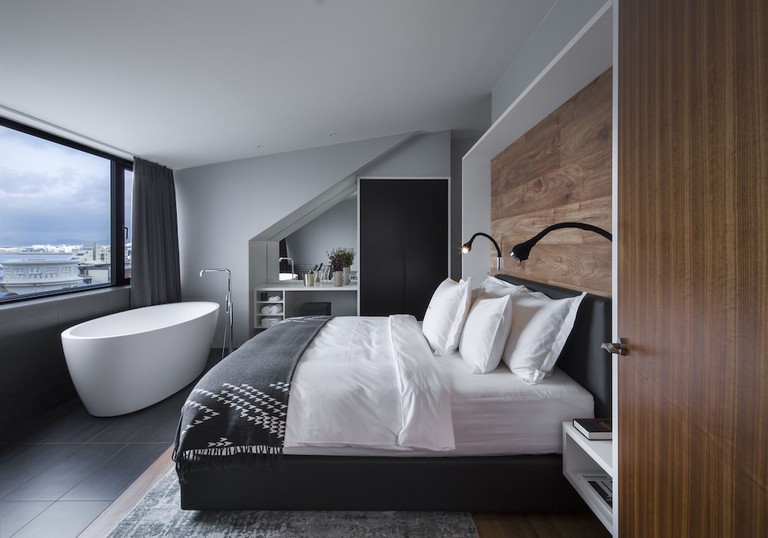 Inspired by Tómasson’s groundbreaking burgers? Stay somewhere with an equal amount of trendsetting clout. The nouveau-Nordic ION City Hotel is full of local, Icelandic design elements and has serious culinary credentials of its own. Its restaurant, Sümac, combines local produce with Lebanese and Moroccan flavours, and the Michelin-starred Óx, an 11-seat chef’s table experience at the back, showcases traditional Icelandic flavours. 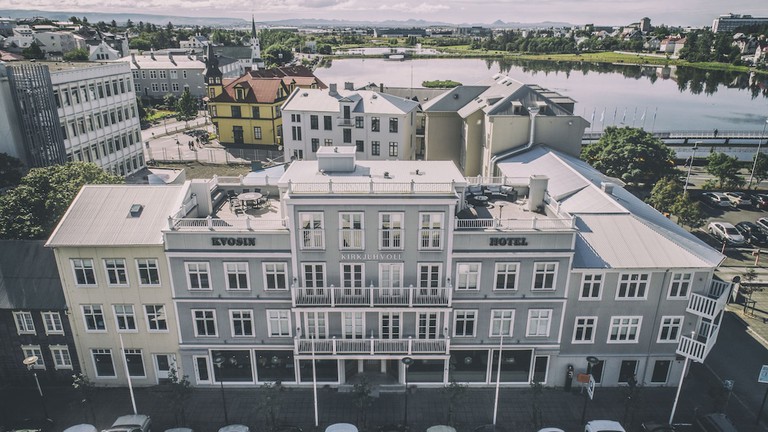 Kvosin Downtown Hotel is dedicated to showing off the best of Iceland, from the super-soft Lín linens on the beds to the Sóley Organics toiletries in the bathrooms and the art by Icelandic artists on the walls. The bar follows suit, with a collection of wines, whiskeys and gins that can only be found in Iceland; their gin and tonic menu is an expertly crafted list of Nordic spirits stirred up with local fruits and herbs. 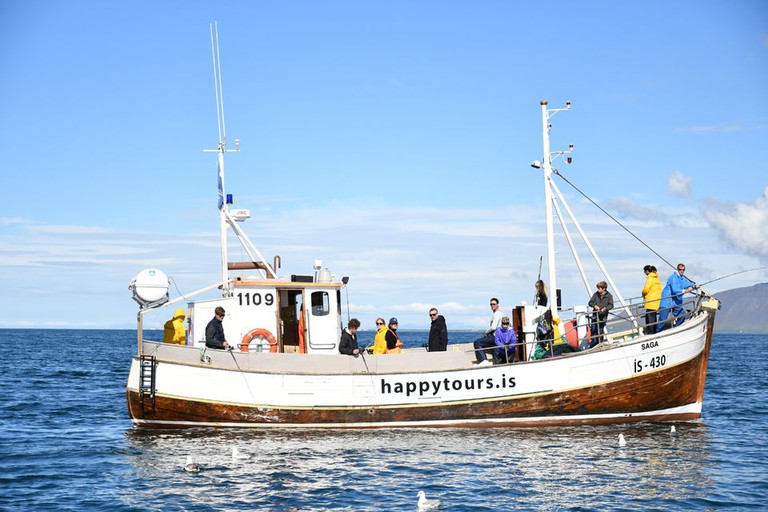 After sampling Iceland’s first-ever burger, explore a different corner of Reykjavík’s culinary scene by heading on a gourmet fishing tour. Sail out to sea to fish for haddock, pollock, cod and rockfish before cooking your catch of the day on land in true Icelandic style. 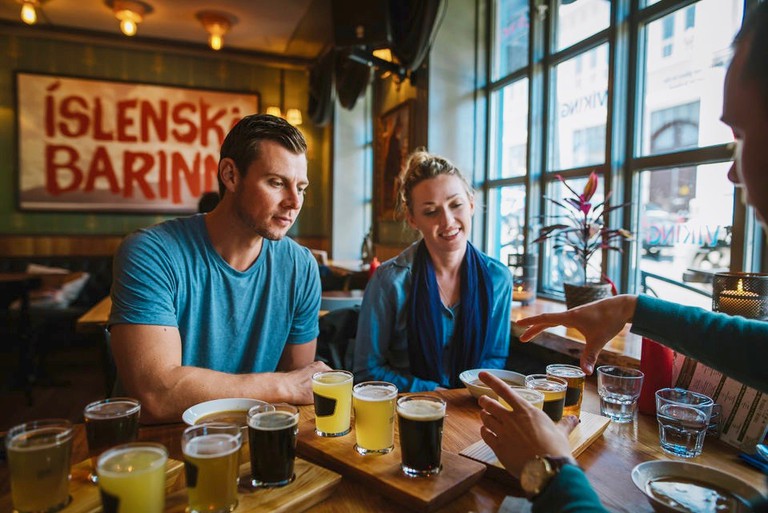 Everyone knows that a burger is best washed down with a cold one, so join a fun and knowledgeable local expert and explore the city’s brewing scene on this Reykjavík Beer Tour. You’ll get to visit the best bars and microbreweries in the area, sample more than 10 refreshing Icelandic beers, and celebrate the craft community. Skál!