City on a Plate: A Guide to Reykjavík From Iceland's Only Michelin-Star Chef 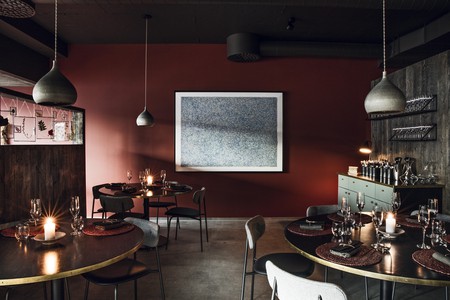 Culture Trip talks to the world’s most talented chefs about the cities that inspire them and the sights, smells and sensations that drive their approach to food. Gunnar Karl Gíslason was the first Icelandic chef to earn a Michelin star, and 11 years after opening his restaurant, Dill, continues to lead the way in the Icelandic capital of Reykjavík. 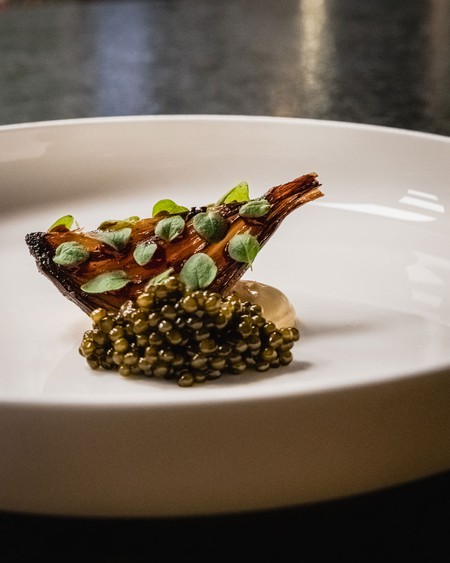 When his restaurant, Dill, lost its Michelin star, Gíslason fought to win it back | Courtesy of Gunnar Karl Gíslason

On 18 February 2020, Gunnar Karl Gíslason’s restaurant, Dill, was once again Iceland’s only Michelin star, one year after losing it. The single-minded pursuit of reclaiming this accolade represents perhaps the greatest triumph of a chef who has achieved success on both sides of the North Atlantic with his forward-thinking Nordic food. In the process of bringing Dill back to the pinnacle of Icelandic cuisine, Gíslason has renovated, relocated and emerged stronger from the process, underscoring his reputation as one of Scandinavia’s most dynamic and intelligent chefs.

Dill, which has been under his ownership for 11 years, has not always been his home kitchen; he departed for New York City and earned another star at Agern, the Nordic outpost inside Grand Central station, owned by Noma co-founder Claus Meyer. But when Dill lost its star in a shock demotion in 2019, Gíslason quit Manhattan with the sole intention of earning it back. After some intense years, where he has asked questions of himself, his philosophy and his restaurant, the modern Dill is already a world away from any other point in its history.

Looking upon every aspect of his restaurant – from the eclectic playlist and casual tableware, to the salt they use in their dishes and the bracing natural wines they serve to diners – with fresh eyes, Gíslason has set new standards in Reykjavík. With a menu that leans heavily on nostalgia, reimagining classic flavours like griddled potato flatbreads and feather-light fish dumplings, Dill’s dishes are a study in culinary storytelling. Culture Trip spoke to Gíslason about Reykjavík, bad weather, and the peculiarities of the Icelandic character that make his city so enigmatic and engaging. 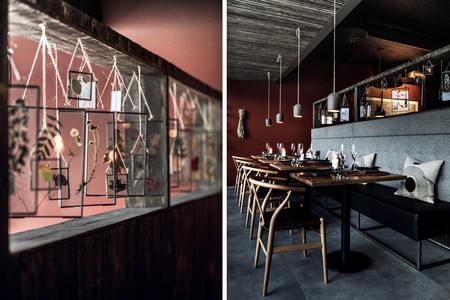 Who are you and how do you cook?

My name is Gunnar Karl Gíslason, head chef and owner of Dill in Reykjavík. We’ve been open here for almost 11 years and are still going as strong as ever. When we opened, our focus was Nordic, Nordic, Nordic, but throughout the years our focus has changed. Now, our focus is on Iceland, and on Icelandic nature, traditions and recipes. We try to support small producers who do interesting things, while also trying to capture the spirits of the Vikings who once spread so far. We take those components, prepare our food with them in mind, and try and do things in our own interesting way.

With Reykjavík, you can have things any way you want them. If you want the city centre and to be around people, it’s all there – head to Vesturbær in the old part of the city and you’ll find everything you could be after. But if you want to get out of town, to some super-pretty, quiet countryside spot, you can literally do so in a matter of minutes. There’s nowhere else in the world quite like it. I mean, our weather is bad, and can be bad for a while – endless storms, endless darkness, for months – but when the sun comes out, it’s beautiful, and we smile again.

Reykjavík might be a small city in the North Atlantic with a population of 123,000, but I can proudly say there is such a huge diversity of flavours and smells that characterise the city, from smoked lamb and pickled herring, to Tommi’s Burger Joint. I have to say, though, I’ve lived abroad a few times in my life and if there’s one thing I missed, it was the Icelandic hot dog. They need to be eaten to be understood, they’re something else.

In Reykjavík, we love the new – new ideas, new things, new trends – whatever it is, we are so quick to jump on the bandwagon for anything at all, but we’re just as quick to ditch something if it turns out to be a flash in the pan. We hate inequality, we hate corruption, and we have warm blood! So when we get angry, we get furious. Don’t worry, though, because we calm down just as quickly as we get wound up, and it takes a lot to wind us up.

That would have to be our turnips. We bake whole rutabagas in salt, until their flavour grows deep, dark and rich; we then brighten those flavours up with sharp fiery chilli, coriander and bitter roasted coffee, to zap them back to life. I know that dish probably doesn’t seem like it makes any sense, but that’s exactly the point; on our little island, closer to the polar bears than to the rest of Scandinavia, neither do we, but here we are. 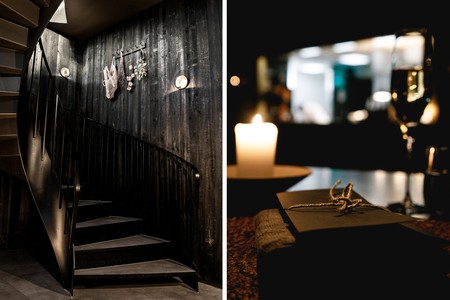 Gunnar Karl Gíslason is the founding chef of Dill, a one-Michelin-star fine-dining restaurant in Reykjavík, Iceland. Book a table, and keep up with them on Instagram.