A Novel Without Myth Is Impossible: An Interview With Icelandic Writer Sjón 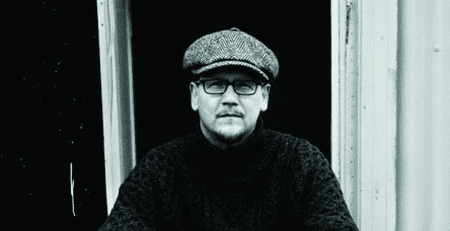 The Culture Trip talks to the Iceland novelist Sjón about the themes explored in his new novel Moonstone: The Boy Who Never Was — sexual identity, taboo love, and the divide of disease.

Catastrophe begets catastrophe. Take WWI, which resulted in the deaths of approximately 20 million young men. As the war waned down, a new scourge rose in its place. The 1918 Spanish flu pandemic spread across the globe via the expanded shipping networks established during the War and infected regions across all six continents, especially the inhabitants of port towns and islands states. In some places, such as the Icelandic capital Reykjavik, more than 50% of its population was wiped out. The rampage would last only a few weeks, petering out days before the Treaty of Versailles. This gruesome slice of time (October – November 1918) is where the Icelandic writer Sjón chooses to set his new novel, Moonstone: The Boy Who Never Was.

Sjón’s Moonstone, based upon real-events and people, is a break toward realism for a fabulist author. His protagonist, Maní, survives the epidemic and helps the doctors administer medical care. His only friend is the enigmatic Sóla G. The boy, however, secretly carries his own “disease,” — homosexuality. For money, he rendezvous with other, more closeted men to perform taboo sexual acts. The powerful allegory of the book comes when the boy is found out. Sjón contrasts the pity and care elicited by the flu victims with the repugnance and pariahism cast upon gay men. When the unexpected reason for the story is revealed at the end of the book, it all but leaves a gasp in the throat.

This is the fourth novel to be expertly translated by Victoria Cribb and published by the acclaimed house FSG. Like the Argentine César Aira or the Italian Italo Calvino, Sjón’s books read like modern-day fairy tales. His motifs pull from the ancient myths of Greece, the Bible, and the Icelandic Sagas: the fates of heroes, the fury of history. The characters of his previous novels have included a talking canid (The Blue Fox); a divining splinter of wood from the Argo (The Whispering Muse); and the walking dead and divine (From the Mouth of the Whale). Sjón’s fans are legion and Moonstone alone includes blurbs by David Mitchell, Junot Díaz, and Björk. He was kind enough to answer the following questions over email. 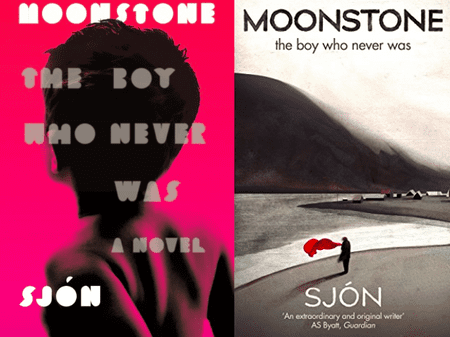 The Culture Trip: Moonstone is a thematic departure from your previous novels (at least the ones that FSG have published). Gone are the strands of mythos and fable taken from Greek or Biblical or Icelandic lore that have come to be your trademarks. But I see a hint of fabulism in the book’s title: Moonstone: the Boy Who Never Was. Is this book a sort of fable for you or something different?

Sjón: I think it is more or less impossible to write a novel that is devoid of mythical or folkloric elements. Most of the storylines that come up in human life—as we have lived it for the past ten thousand years—have been explored before by the master storytellers of the past. These are distilled to perfection in the old tales and grand narratives that we still build upon. But you are right, in Moonstone the world of myths is not as visible as in my earlier books. Still it is there and what I am playing with, discreetly/not so discreetly, is actually one of the oldest myths we know, one that has been told by every civilization since man looked up into the sky, the story of the uneasy relationship between the Sun and the Moon. Máni takes his name from the moon and Sóla takes her name from the sun. E.g. when the night of the Spanish flu falls on Reykjavík Moon comes into his element. So, once again I couldn’t escape myth playing a role in the story I was telling.

The end of the novel, literally the last sentence, has a unlikely little tail whip: It traces the whole narrative back to your hands. This is a personal story for you, one written from your own history. How did you come to discover it? Did it start with the photograph of the three young people?

The origin of the novel lies in research I started some fifteen years ago. I had the idea to write a novel that traced the history of the spiritualist movement in Iceland. After a rickety start it found its ground in the aftermath of the Spanish flu as its devastating effect on Icelandic society increased the demand for conversations with the dead. While plowing through old newspapers I came across a photo from the early 20s of a young woman sitting in her Overland convertible by the end of the lake in Reykjavík. It said that she had been a driver for doctors during the Spanish flu epidemic. I fell in love with that image so my research moved to the Spanish flu. When I started writing the the book all those years later and had found my main character, who is queer and refused being a part of society, the parallels between the symptoms of the Spanish flu and AIDS became clear to me. Which then led to the history of my uncle Bósi who died of AIDS related illnesses in 1993. His story fuels the drive of the whole book.

One of the thing that struck me was the power of disease in the book. The Spanish flu no doubt has a profound impact on Reykjavik, killing off much of its residents, a real-life catastrophe. But as that abates, the boy Máni is publicly outed as a homosexual, rejected, and quarantined. His banishment, and later Bosi’s death by AIDS, hit with a different emotional depth than the victims and survivors of the Spanish flu. Was this disparity intentional?

Yes, the book holds up a reverse mirror to Icelandic society. While it demanded, and rightly so, that everyone should help out during the medical emergency in 1918 it had no sympathy for the victims of AIDS all those years later. It was shocking in the 90s to discover how the gay men who fell ill and fought a loosing battle with it were denied the charity of their fellow men simply because they didn’t fit in with the heteronormative standard of the day. I for once allowed myself to state the mission of the book quite clearly: Life is a an ongoing state of emergency – we simply move within the parameters Defcon 1 to Defcon 5 — we should all be there for each other all of the time, true charity can not be diluted or handed out disproportionally.

Máni and Sóla G have a loving relationship that shines brightly in the book. I hurt for her when Máni was shipped off to London. He seems to grow well into the British art scene at the time, but later refuses to knock on her door. Do you know what became of her?

Sóla G is based on a real life person who was named Katrín Fjeldsted. She was the first woman in Iceland to acquire a professional driver’s license and the second one to become a professional house painter. According to her obituary she drove a taxi for years and painted houses until she died at 85. So, she had a full life and was her own woman to the end. I think the reason Máni doesn’t visit her on his return journey is because he wants to keep his image of her as Musidora’s doppelgänger pure. I have the same tendency, I never like to meet my old heroes in the flesh. Some years ago I was offered to be a part of a project in Berlin that had to do with David Bowie and was to result in a meeting with him. I refused as I wanted hold on to the teenage feeling of admiring him from the distance, that our worlds were meant to be separate, where he was the star and I the fan. 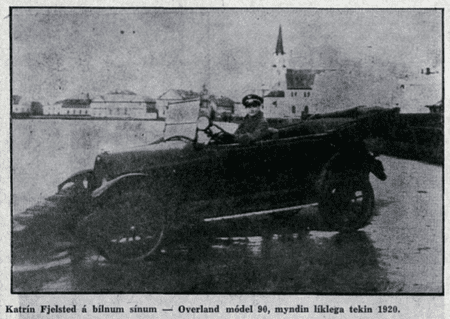 Who are some contemporary Icelandic writers who are inspiring you at the moment? And what are you currently working on?

The grand old man of Icelandic literature is Guðbergur Bergsson and I keep being influenced by his modernist novels from the 60s as well as some of his later works. Luckily for English readers his early masterpiece Tomas Jonsson – Bestseller will be published by Open Letter in the U.S. next year. It is the greatest attack ever launched against the overblown ideas behind the official image of the Icelandic national character. It is a picaresque, Rabelesian, joyful experiment where the main character even assigns a passport to his penis: Occupation: Toy. Height: 18 cm. Eye color: Red. Etc. Like all works that are watershed events his best novels have made writing both easier and more difficult for those of us who followed in his wake. As for what I am working now, I have just finished the third volume of a trilogy called CoDex 1962. It is a much bigger work than the novels that have already been translated into English, a 450-page attempt to understand where my generation of Icelanders fits into the grand narrative of a world we were born into, kicking and screaming and never asking for it in the first place.

MOONSTONE: THE BOY WHO NEVER WAS