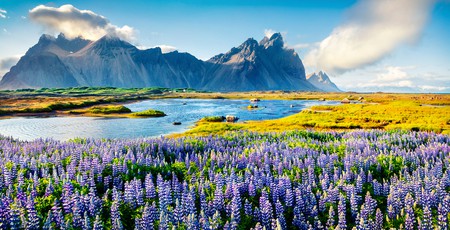 It made it all the way there with just a hand-drawn map for guidance!

Just like the good old days of pen pals or sending messages in a bottle, a letter was mailed all the way to a small farm in Hvammsveit, West Iceland. OK, nothing out of the ordinary in sending a letter. Well, you’d think so, but this letter was pretty extraordinary. How so? Instead of the address, it bore a hand-drawn map instead!

As with all things that go viral, the quirky piece of mail landed in a Reddit thread back in August. The caption read:

‘Without an address, an Icelandic tourist drew this map of the intended location (Búðardalur) and surroundings on the envelope. The postal service delivered!’ The envelope included the country, village name, and the line ‘A horse farm with an Icelandic/Danish couple and three kids and a lot of sheep’. There was also an additional identifier on the lower right hand corner: ‘The Danish woman works in a supermarket in Búðardalur.’ 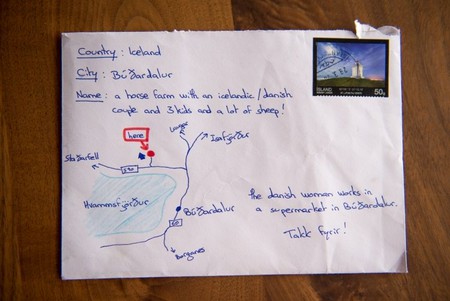 The little piece of cartography in question described the place as best as it could, and even mapped all the road names. The destination was simply labelled ‘here’, with a big red dot marking. Cool, huh?

The story of the peculiar letter has been traced back to a tourist who visited Hólar farm earlier in the year. Posted from Reykjavík, the wanderluster actually forgot the exact address (#Googlemaps, but whatever) of the farm, according to West Iceland news wire service, Skessuhornið.

Annoyingly, the farm’s address on its Facebook page is wrong. Rather than being on land, it says the farm is plonked in the middle of a lake. No wonder the mailer decided to draw it out…