A Fitness Lover's Guide to Iceland, one of the World's Healthiest Countries 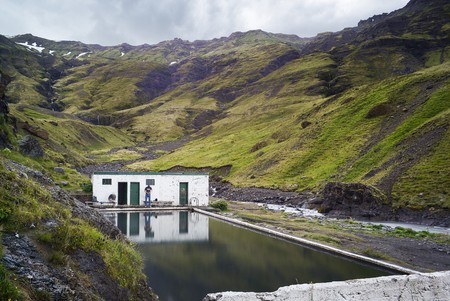 The fresh, crisp air and invigorating landscapes easily invite people outdoors. Both Reykjavik and the more adventurous countryside offer great places to work up a sweat and there plenty of ways in which to do it.

In Reykjavik, the shoreline path that covers nearly the whole peninsula from Harpa Concert Hall to Seltjarnarnes and Nauthólsvík offers an excellent place for biking, jogging, or walking. The path offers majestic views of the North Atlantic and Mount Esja across the bay. Öskhuhlið, a forested area covering the hill surrounding Perlan in Reykjavik, also has many winding paths great for biking, jogging, or walking. 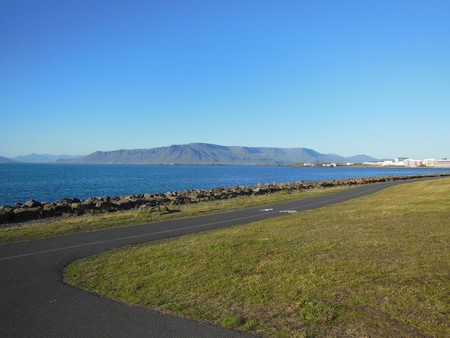 In Reykjavik and all across the island, there are organized marathons held year round. The summer is an especially active running time in Reykjavik, with The Color Run, The Suzuki Midnight Sun Run, and The Reykjavik Marathon all occurring during the season. The Laugavegur Ultra Marathon, a 55 km (around 34.2 mile) run along one of Iceland’s most popular hiking routes in the Þörsmórk area, also occurs during the summer.

One reason Iceland may continuously remain among the world’s healthiest countries in spite of the weather and the minimal daylight in winter could be thanks to the endorphins regular exercise brings that may help combat the winter blues. 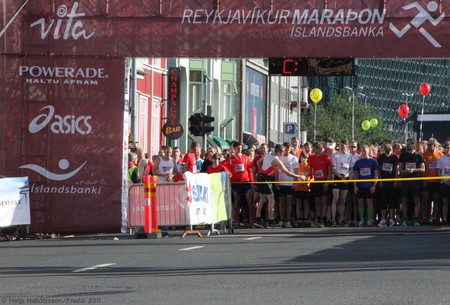 The public-geothermal swimming pools located all over Iceland are open for outdoor swimming year round. There is also the Nautholsvík Geothermal Beach and its hot spring found in the ocean that’s great for sea swimming.

Outside Reykjavik, there are natural pools not far away. In Reykjanes Peninsula, the Austurengjahver, Krýsuvík, and Skátalaug pools can all be found.

Since relaxing is an important part of fitness and general health as it minimizes toxic stress, the popular Selljavallalaug—located on the South Coast between Reykjavik and Vík—offers another great option thanks to its relaxing views of the small valley it encloses. 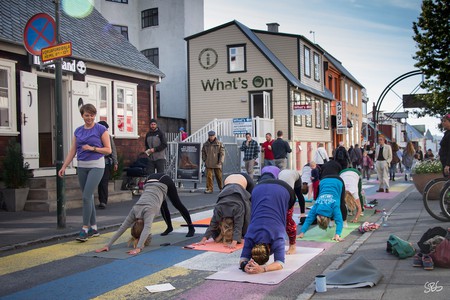 There are also many great places to do yoga in Reykjavik including vigorous Vinyasa-style class, a relaxing-Hatha class, Yoga Nidra, and Hot Yoga. Check out World Class Gym for aerobic classes among other fitness regimes.

There is also Kramhúsið in downtown Reykjavik, a dance studio that offers all kinds of dance classes including African, Ballroom, Beyoncé, and Zumba for an expressive-fitness experience.