From Sheep Round-Up to Rotten Skate: A Guide to Icelandic Traditions 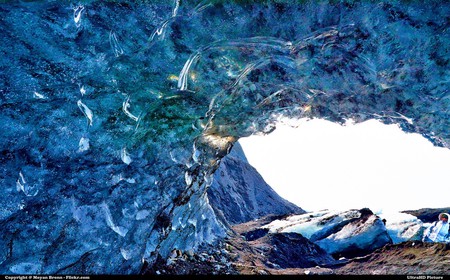 Icelandic culture is packed with fascinating traditions. While most of them have evolved to mark the changing seasons and celebrate the work of farmers and seafarers, others derive from Christian customs that originally came from other countries.

Alongside historic traditions, quirky new rituals have sprung up in Iceland in modern times, from queueing in snowstorms to buy ice cream after swimming at the local hot springs, to letting babies sleep outside in the depths of winter. Culture Trip spoke to Árni Björnsson, author of the book High Days and Holidays in Iceland, to find out more about the country’s most important traditions. 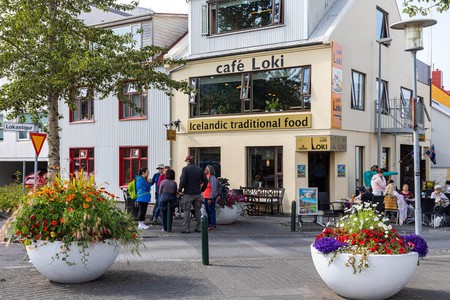 Celebrated in mid-January, the feast represents the halfway point of winter when Icelanders asked the Norse God Thor for good weather. “Þorrablót was not allowed to take place until after 1874, when Icelanders officially got their religious freedom,” says Björnsson. That’s also when Ingólfr Arnarson became the first Nordic settler in Iceland. While the tradition of feasting in winter is still practised, it’s not for the faint-hearted: mains include lamb’s head (svid), soured ram’s testicles (hrutspungar) and whale blubber (hvalspik). If you’re brave, try fermented Greenland shark (hákarl), which has a very distinctive taste. To make it more palatable, wash it down with shots of Brennivín – also known as Black Death – Iceland’s signature spirit. Local farms often arrange feast nights during January and February, but you can try some of these dishes all year round at Café Loki in Reykjavik. 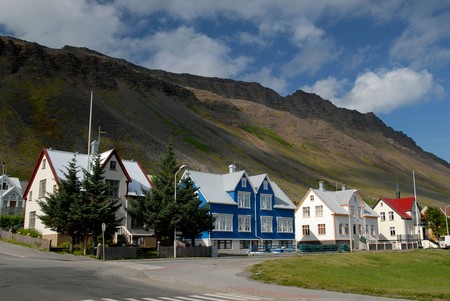 Icelandic winters are dark, so much so that some remote villages don’t see the sun for over two months. So it may not come as a surprise that a celebration takes place when it does appear again. In towns such as Ísafjörður in the Westfjords, residents celebrate the return of the sun by enjoying a cup of coffee and pancakes while a choir sings on the church steps. The tradition is so important that even people who move away from the town can take part in the celebration at the Society of Ísafirðingar in Reykjavík, where the group honours the sun with a dinner and dance. 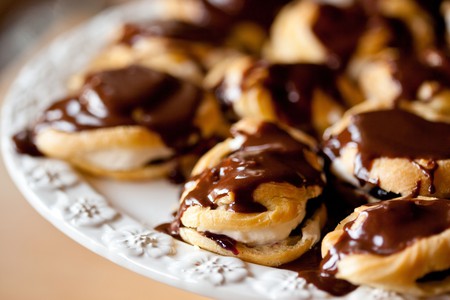 Icelandic children love the beginning of the Christian Lent, when they get to spank their parents out of bed with a ‘bun wand’ while shouting “Bolla! Bolla! Bolla!” (Bun! Bun! Bun!). For every strike, children get to eat a cream bun, so it’s quite a raucous start to the day. The tradition, which hails from either Denmark or Norway, has been celebrated since the 19th century and is one of three days that are filled with complete indulgence, with different pastries and dishes being consumed on each day. The delicious treats come shaped like chocolate eclairs or doughnuts and can be bought at bakeries around the country.

Ash Wednesday is the first day of Lent, and while not everyone celebrates the Christian tradition, it’s highly popular in Iceland, especially among children. The practice is mostly innocent, with kids dressing up in costumes to sing for candy, but it’s also traditional to prank people by sneakily hanging bags of ash on them. This fun activity has evolved throughout the years, but has a dark past. Starting off in Denmark, locals used to place a cat inside a barrel and let children beat the barrel until they managed to break the cat out and be named cat king.

The first day of summer, also known as Children’s Day, takes place on a Thursday between 19 and 25 April. While many adults in Iceland don’t celebrate this tradition these days, it has great historical significance. Björnsson says, “It is a remnant of the old Icelandic calendar, which existed before we accepted the Christian Roman calendar in the year 100.” To celebrate the change of season, a children’s parade takes place every year and the Boy Scouts have a feast. 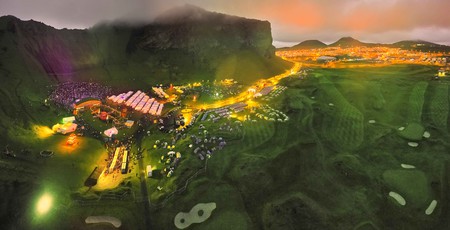 Every year in August, 17,000 people attend the century-old Westman Islands festival. The celebration, which is an Icelandic holiday, involves multiple events, one being the hook-up ball, at which singles can get together to find a partner for the weekend. The festival also hosts events such as Icelandic wrestling, concerts and spranga, a local sport that involves scaling and swinging in the rocks of Heymaey, the largest island off the Icelandic coast. On the final night, red flares are lit, one for every night the festival has been in existence.

Sheep round-up is a major social event in Iceland that takes place every year during the month of September and involves farmers wandering for miles to round up 800,000 sheep from the countryside. On horseback, farmers find their sheep and funnel them into ancient stone pens called réttirs. If you’re an experienced horse rider, you can take part in this cultural activity by joining one of the tour companies that allow tourists to participate. 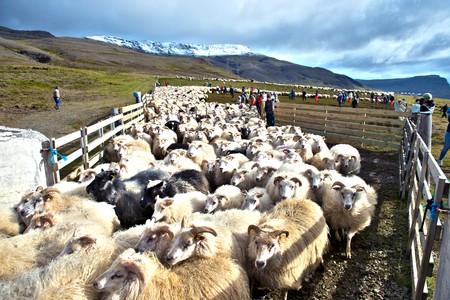 Old skata (rotten skate) is considered a delicacy in Iceland, but the dish has an incredibly strong smell that can put people off eating it. It’s consumed on 23 December, the Day of our old Saint Thorlac. “According to Catholic practice, you should either fast on that day or eat the worst food, which in the Westfjords was considered old Skata,” says Björnsson. Legend has it that villagers noticed dogs eating the rotten fish they had thrown out. Desperate times lead to curious discoveries, and they eventually went on to try it, only to realise that it had fermented and was therefore edible. 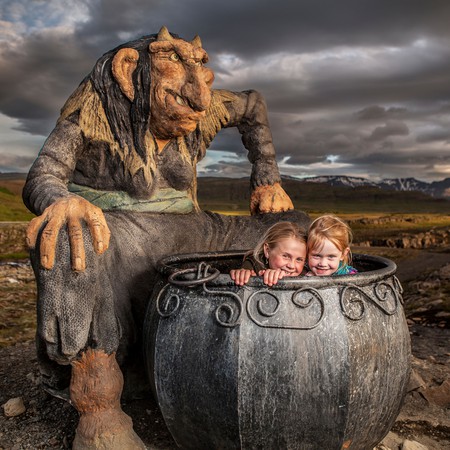 Gryla and the Yule Lads

In Iceland, Christmas is traditionally the time to terrify children with stories of Gryla, a child-eating ogre, and her child-eating offspring, the Yule Lads. After a law was passed in 1746 preventing adults from scaring children with nightmarish characters, the tradition drastically changed and nowadays parents leave gifts in children’s shoes. The seasonal scares end on Christmas Eve when presents are swapped. According to old sagas, anyone who fails to get clothes at Christmas will be dragged away by a giant cat.

New Year’s Eve in Reykjavik is a major event. Starting with massive bonfires that take place around the city, the streets are often deserted by 10.30pm as locals go home to prepare for their celebration. As the 10-second countdown begins to welcome the new year, booming explosions are heard all around the capital as people surge the streets to set off fireworks. The tradition, which has been practised since the Middle age, symbolises the burning away of the old year. For a mind-blowing experience, head to Hallgrímskirkja to watch the crowd set off fireworks outside the church, or visit Perlan, which offers excellent views of this cultural extravaganza.