12 of the Most Vivid Artist-Run Exhibition Spaces in Iceland 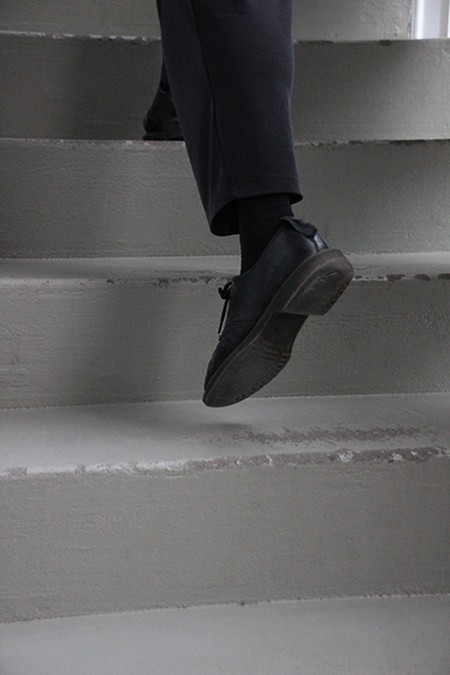 While Iceland has only a handful of commercial galleries, there is a wide range of spaces that are artist-run. The artist-run collective space model embraces the impetus of the art scene in Iceland, as it has always had a spontaneous quality. Also, in such a small art scene, people wear many hats at once, often being artist as well as curator and cultural organizer. Here are some must-see vibrant artist-run spaces in Iceland.

Located in Reykjavik, this gallery can only be seen from the outside. Owned and operated by the American/Icelandic artist, Kathy Clark, whose studio is behind the gallery, the space allows artists to experiment with the potential of a window gallery. The curator’s inspiration for the window gallery was to make exhibitions more inclusive and open to the public. In Iceland especially, the weather is a daily topic of discussion; here is an exhibition space that flows seamlessly into the daily discussion, blending art and life. 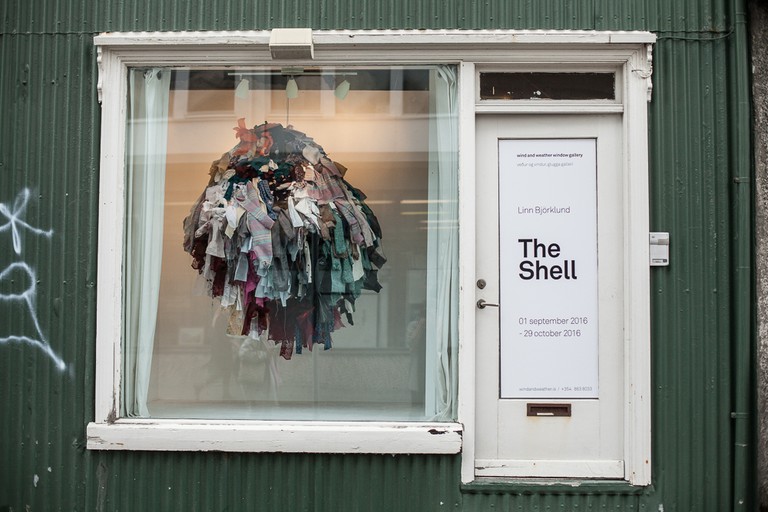 Art Gallery, Museum
Facebook
Email
Twitter
Pinterest
Copy link
Share
Map View
The Corridor has been running for almost three decades as an exhibition space in Reykjavík. The first exhibition was held in 1979 featuring works by the Icelandic artist, Hreinn Fridfinnsson. From this beginning, the exhibition space has migrated between the homes of the artist Helgi Þorgils Fridjonsson.

The Corridor opened a new style of exhibition-making in the art world in Iceland. While not a typical high-profile gallery, it has had an influence on the art world that extends beyond the confines of the artist’s home at Rekagrandi. Many artists who originally exhibited in The Corridor have gone on to exhibit in other spaces, such as The Living Art Museum, The National Gallery, The Reykjavík Art Museum, Kjarvalsstadir, The Nordic House, Gallery i8 and Second floor. The Corridor has been influential in expanding the notion of exhibition space in Iceland, and given more freedom for the artists to create the context in which they want their work to be received.
Open In Google Maps
Rekagrandi, Vesturbær Reykjavík, Iceland
Give us feedback

Museum
Facebook
Email
Twitter
Pinterest
Copy link
Share
Map View
The Marshall House (Marshallhusið) opened in 2017 in a rapidly transforming part of Reykjavik. Traditionally used for the seafood industry, the Grandi harbour area is becoming known more for culture. The Marshall House, named after US Marshall aid to Iceland during WWII, once long empty, is now a powerhouse of artistic energy and its opening was described as the “confirmation day of Icelandic visual arts”.

With a bar and restaurant on the ground floor, the three upper floors each feature a different exhibition space/studio.On the first floor is NÝLO (Nýlistasafnið) or The Living Art Museum, a non-profit, artist-run museum and association as well as venue space. Founded in 1978 by local artists, the museum’s extensive collection is based solely on donations.
Open In Google Maps
20 Grandagarður, Vesturbær Reykjavík, 101, Iceland
+3545514350
Visit Website
Give us feedback

On the third floor of the Marshall House is Kling og Bang, established in 2003 by a group of local artists. The gallery aims to introduce emerging and established artists whose works challenge creative thinking. They often work in collaboration with artists and curators to create innovative exhibitions. The light-filled space on their floor of the Marshall House offers ample views of the surrounding harbour and mountain. 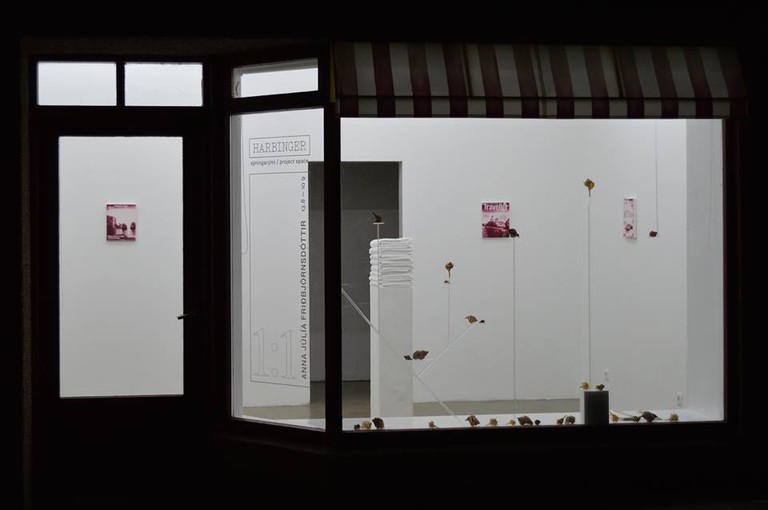 Anna Júlía Friðbjörnsdóttir, "1:1," Exhibition View, 2016 | Courtesy of the artist
Harbinger opened in 2014 and is located in Reykjavík. The small project space also sells local zines and artist books. Opened by an artist couple, they transformed the former fish shop into a contemporary art space based on the desire to give the neighbuorhood enough space for local artists instead of more tourist business shops. The gallery is now curated by different artists each year. For provoking contemporary art and a showcase of local talent, visit this small gallery space on a quiet, mostly residential, street.
Open In Google Maps
1, 101 Freyjugata, Miðborg Reykjavík, 101, Iceland
+3546180440
Give us feedback

Ekkisens is located in Reykjavík in the basement of curator and artist, Freyja Eilíf’s grandmother’s home on a residential street. This space is for emerging and experimental work of a particularly youthful aesthetic and opened in 2014 with an exhibition of 26 newly graduated art students. Such is the nature of the gallery scene in Iceland, taking things into one’s own hands and making the gap between art and life ever smaller. The title comes from an old Icelandic curse word which translates to “nonsense”. The gallery is the former studio of the curator’s grandfather, the artist Völundur Draumland. 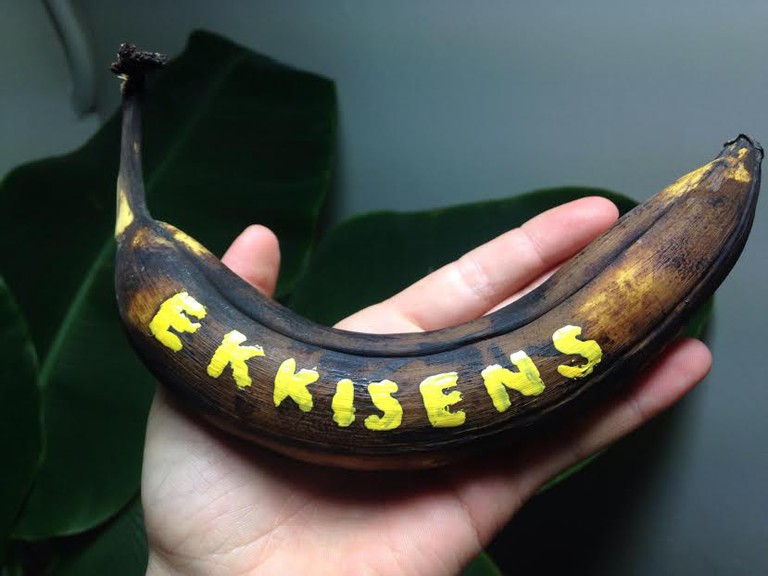 Gallerí Úthverfa (Outvert Art Space) is a non-profit cultural arts space located in the Ísafjörður in the Westfjörds of Iceland. Founded in 2013, the space focuses on collaborating with artists and curators to help them realise projects that have a cultural impact. Exhibitions have included both local and international artists, with paintings, photography, and media installations. One of very few exhibition spaces in this part of Iceland, the gallery is an important cultural centre in the area. 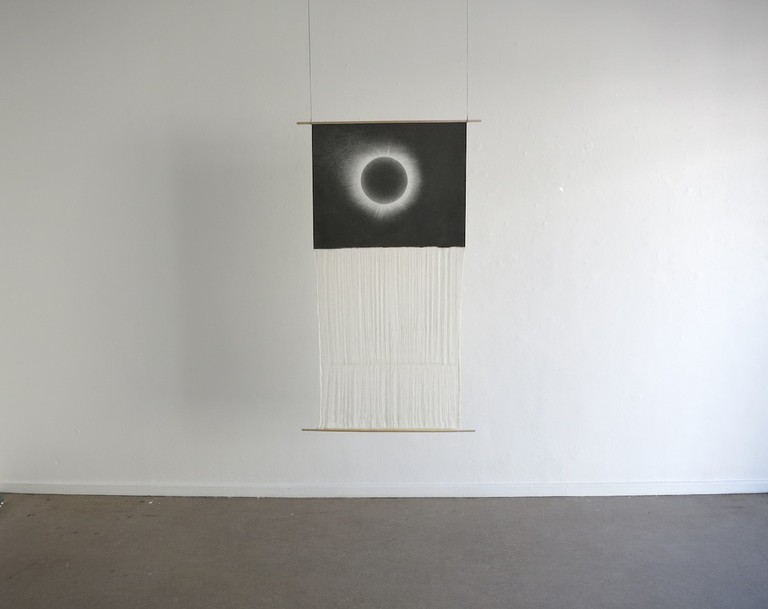 Hjalteyri Centre for Contemporary Art is located close to the northern town of Akureyri. This 1,500 sq metre exhibition space is located in a historical herring factory. The art collective that runs the centre opened their first exhibition in 2008. Again, not a gallery per se, but the expansive project space allows for a variety of collaborations to take place between local artists in a variety of mediums and disciplines in order to add to cultural events in the area. The curators use the space to their advantage, including site-specific installations. 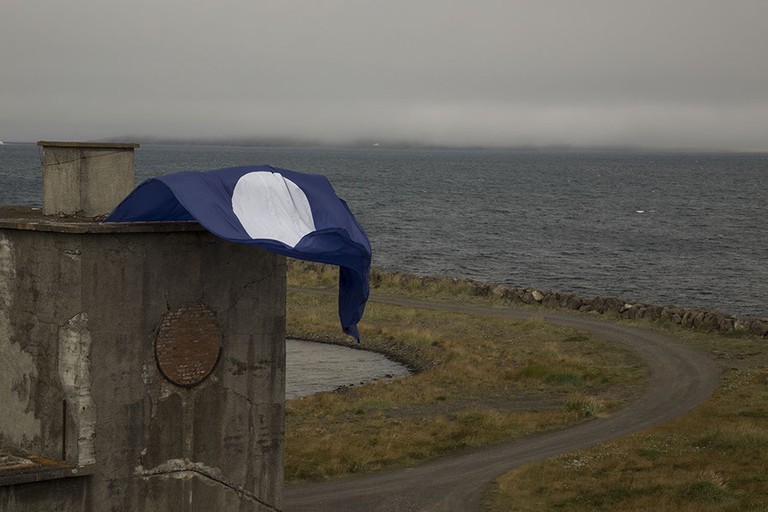 This is another home exhibition and performance space, with the mocking title of Listasafnislands,is, which translates to “the national gallery of Iceland”, with the inclusive web URL attached (.is). Located in the home of artist Sindri Leifsson, the space opened during the summer of 2017 and remains a mysterious and exciting part of the Reykjavik art scene. 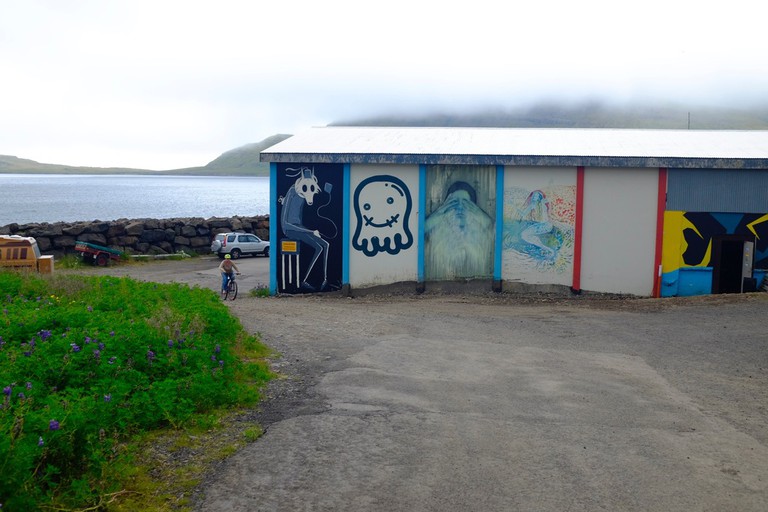 Fish Factory | © Erin Honeycutt
Located in St0ðvarfjörður in East Iceland, the Fish Factory is part of the arts residency IN HERE. The town is also the host of the arts and culture festival Polar which takes place every other year and encompasses the whole town in exhibitions, performances, concerts, and cooking. Established in 2011, the main building was an abandoned fish factory in the small village which the group funded via non-profit cooperation. The Fish Factory is now an independent initiative with all members still working as volunteers today.
Fish Factory | © Erin Honeycutt
Open In Google Maps
1 Bankastræti, Stöðvarfjörður, Iceland
+3548498630
Visit Website
Give us feedback

Ca. 1715 is the project of artist, Bjarki Bragason, begun in 2014. The artist curates a series of exhibitions stemming from a late Baroque-era cabinet originating from Portugal around the early 1700s, hence the name. This elaborate piece of furniture has a peculiar history, mostly unknown to Bragason. What is known is that the cabinet came to Iceland on board a fishing trawler from the UK after being bought by an Icelandic sailor in WWII. It is under these historical facts and material cues that curatorial projects are instigated. 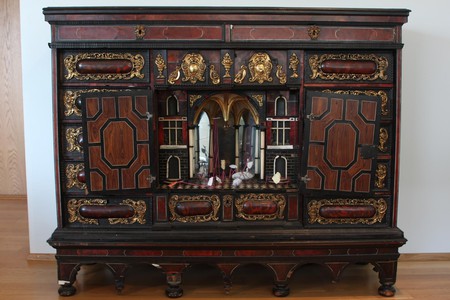