11 of Iceland's Most Underrated Places to Visit This Year

<a href = "https://www.flickr.com/photos/bods/45671520/in/photolist-uX1Mo-uWUg6-uRYo4-uX1h1-uX1yZ-uS2fD-uRXUp-uWSM8-uWV2n-uWRYd-uX29H-uX1Xi-uWXJA-uWZdn-uWWvi-uWVHv-uS1Ax-uWUCY-uWWzR-uWWWh-uWZu5-uWWk5-uWZJF-uWYh4-uWYSM-uWXmp-uWYvh-kBTQD2-535y6-535y1-5LPGyP-535y3-NgBuxE-zmQQcT-535y2-52ZuR-fs6xkt-52ZuT-o9ZvXp-52ZuU-52ZuS-52ZuV-535y5-orbND6-oprdML-R8N432-uWY1y-uWWc1-uRZWs-52ZuQ"> Petra´s Garden | © Andrew Bowden/Flickr
While it is hard to imagine an underrated place in Iceland, there are a few places that are known but not found in every tourist guidebook. Here are some of the places that deserve more credit including a museum, village, geothermal pool, and other places in need of a little attention as well.

Brimketill is a small pool naturally carved into the rocks on Iceland’s South Coast thanks to marine erosion. Lying on a lava shore west of the town of Grindavík, it is one of the most popular natural attractions of Reykjanes Peninsula. However, it is not geothermally heated. According to folklore, it was the favorite place of a giantess, hence its shape. 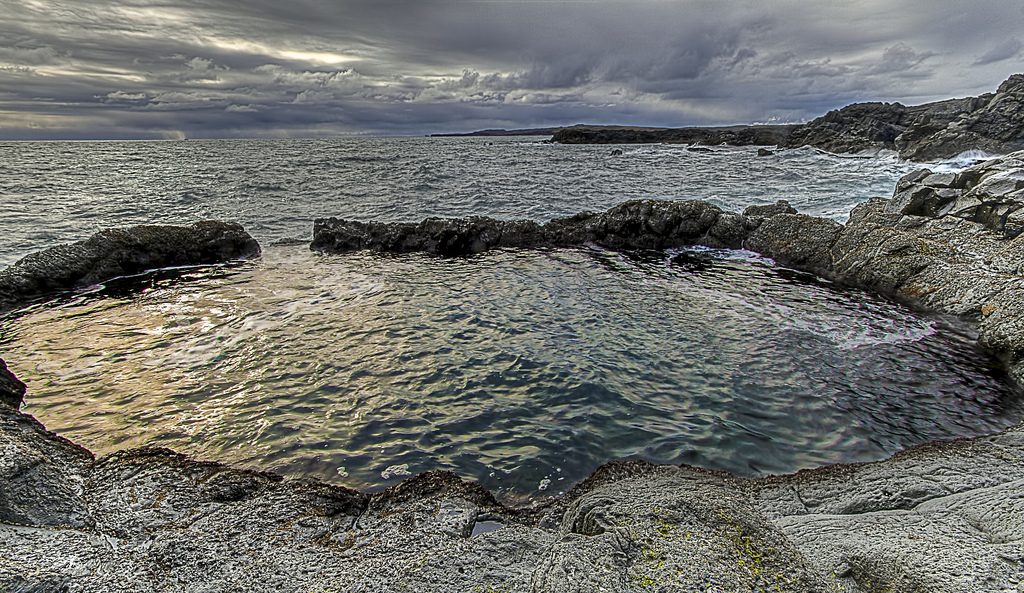 Swimming Pool
Add to Plan
Hofsos Sundlaug | © Richard Whitaker/Flickr
The tiny and unassuming village of Hofsós in North Iceland has an incredible, hardly mentioned infinity pool which was opened in 2010. Overlooking Skagafjörður, the geothermally-heated lap pool and hot tub sit high above the fjord, very close to the steep edge. The pool seemingly flows straight over into the North Atlantic Fjord. It an also be rented for private parties.
More Info
Open In Google Maps
Hofsósbraut, Hofsós, Iceland
+3544556070
Visit website

Located in the small-fishing town of Drangsnes in Iceland’s West Fjords, these three small public geothermal hot tubs rest right on the shoreline. They lie just below the road running next to them. Only the white changing rooms across the road mark their location. Enjoy three different temperatures of cold, medium, and hot while gazing at the fjord, especially a treat during the midnight sun or with the Aurora Borealis overhead. 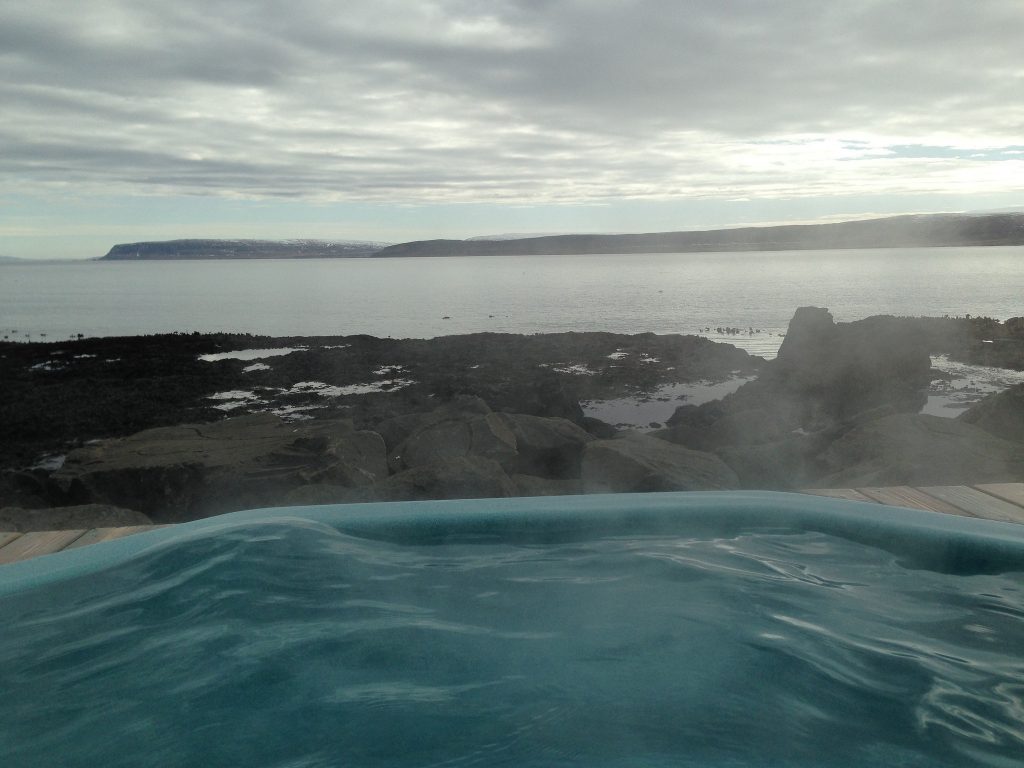 Siide of the road geothermal pools in Drangsnes | © Shannon Dosemagen/Flickr

This little-known collection in the East Fjords village of Stöðvarfjörður is quite an intriguing place. With thousands of rocks both inside the house and in the backyard, the late owner, Petra, turned her lifetime hobby into a museum. 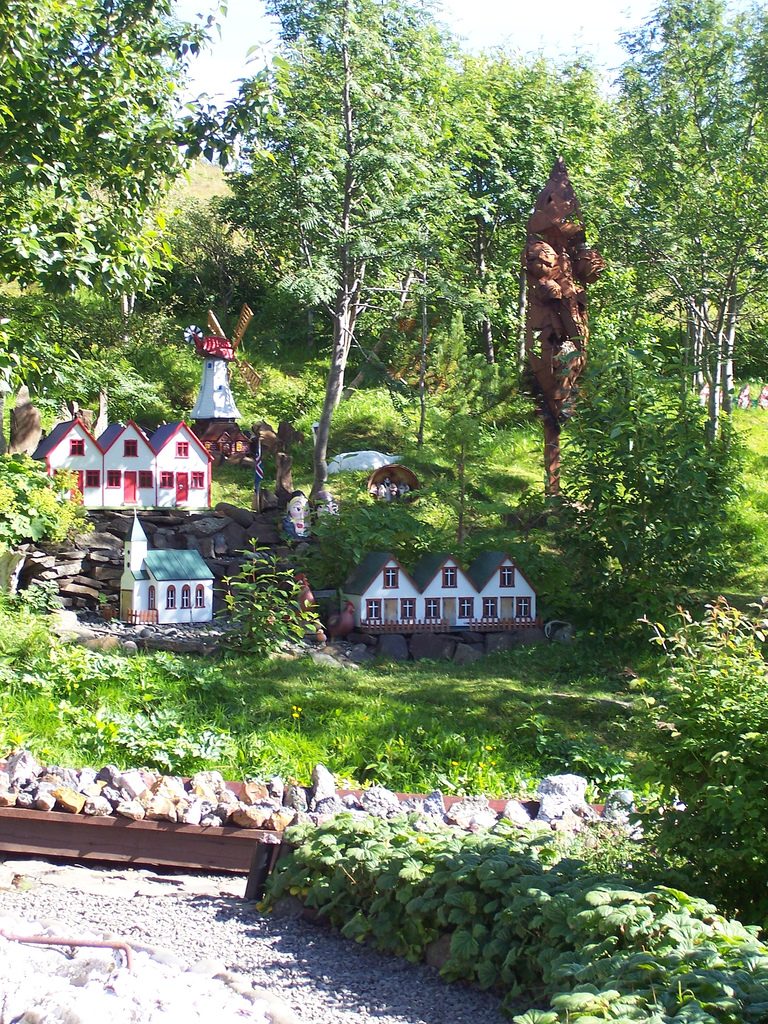 A bronze plaque installed by the ocean close to Hellnar and the Snæfelsness Peninsula’s tip plays an interdimensional role in the global art/geography installation project that is Kcymaerxthaere. The website explains it as “…a parallel universe that includes in its embrace our linear world—by which we mean our 3 dimensions of space—to the extent that places we encounter on what we call the Earth can become points of some kind of departure to these other realms.” 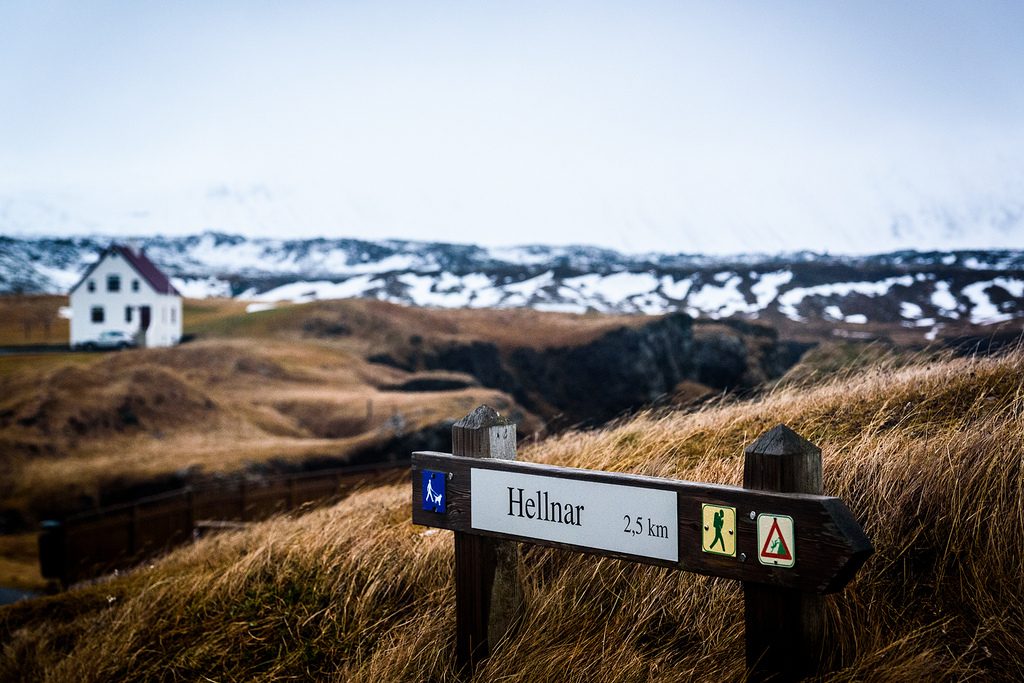 The artist and stone sculptor Páll Guðmundsson uses stones to create a legacy of works including a stone xylophone that has actually been used in concert with Icelandic musicians such as Sigur Rós. Working out of his hometown of Húsafell (which he has never moved away from), Guðmundsson works mainly in sculpture chiseled out from native rock. The town of Húsafell has a great hotel to stay in while exploring the area.

This reserve is located just 20 minutes southeast of Reykjavik. This area has many trails leading through an expanse of vegetation and lava formations such as Rauðholar, an interesting red-rock display. A popular spot for locals, especially families with children, it can be a great retreat from the city that is very easy to get to. 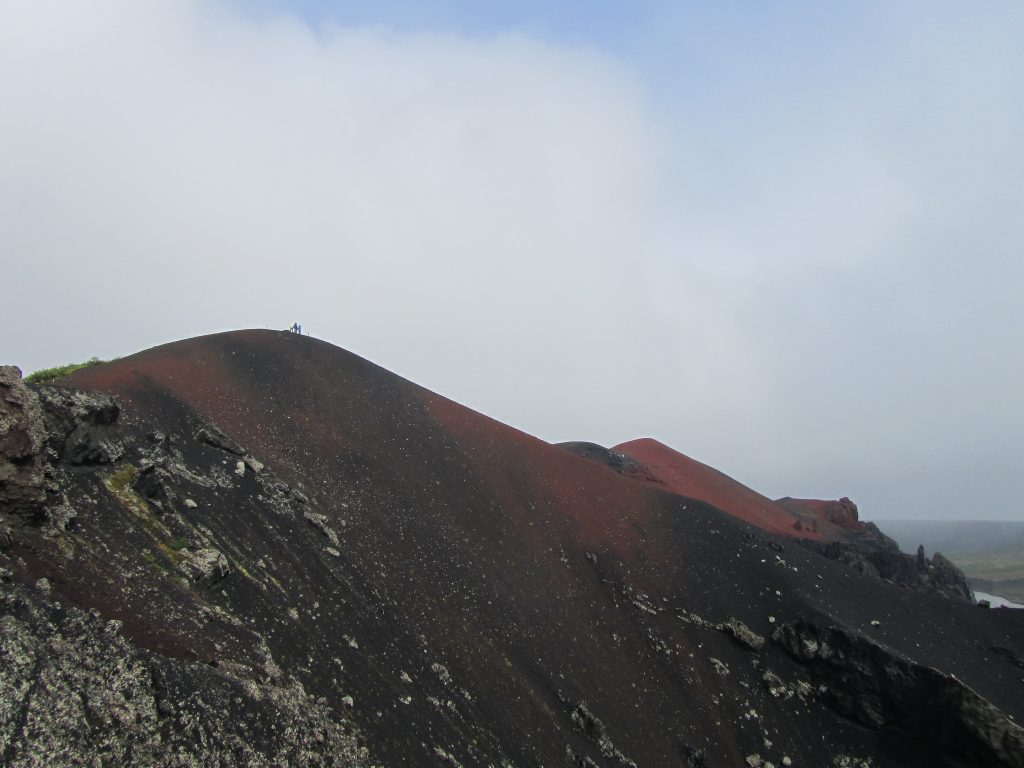 This is the only cozy bookstore in all of South Iceland. It sells free-trade coffee mostly from South America as well as a variety of pastries and hot cocoa. Located only 40 minutes east of Reykjavik, it is located on the popular South Coast tip that many tourists take to reach Vik and Jökulsarlón. The bookstore has over 25,000 new and used titles covering a wide array of genres including original publications by Jon Sigurðsson, Iceland’s independence hero, and old versions of the Sagas. While most of the books are written in Icelandic, Bókakaffið has a growing selection of books written in English and other languages. 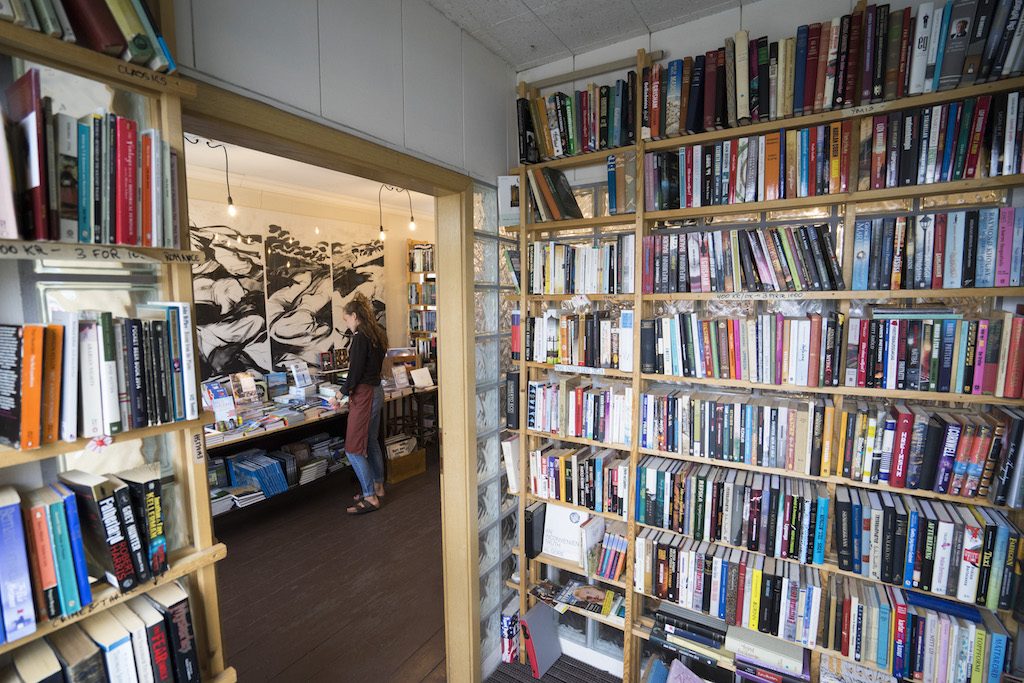 Museum
Add to Plan
Icelandic Art Academy MFA Degree Show, 2016, Installation View at Gerðarsafn- Kópavogur Art Museum | Courtesy of Anne Rombach
Gerðarsafn is a progressive museum with modern- and contemporary-art exhibitions and performances. It’s sometimes overlooked as it is located in the Reykjavik suburb of Kópavogur. Gerðarsafn has regularly held exhibitions by Icelandic- and international-contemporary artists as well as displaying and integrating the museum collection into the shows. The museum is the only Icelandic museum built in honor of a female artist, Gerður Helgadóttir (1928-1975), opening in 1994. Helgadóttir was a pioneering three-dimensional abstract artist and glass sculptor and the museum holds of 1,400 works by her as well as by other well-known 20th-century-Icelandic artists.
More Info
Open In Google Maps
Hamraborg, Karsnes Kópavogur, Iceland
+3544417600
Visit website

The Hafnarfjörður Centre of Culture and Fine Art

The Hafnarfjörður Centre of Culture and Fine Art is located in the small town of Hafnarförður. It is often overlooked as it is not in Reykjavik’s city center; however, it holds an excellent exhibition space on two floors. The center maintains dynamic cultural functions, creating one of few grounds for diverse cultural life in the town. The center also preserves Hafnarfjörður’s art collection, ensuring that the collection continues to be a visible part of society. 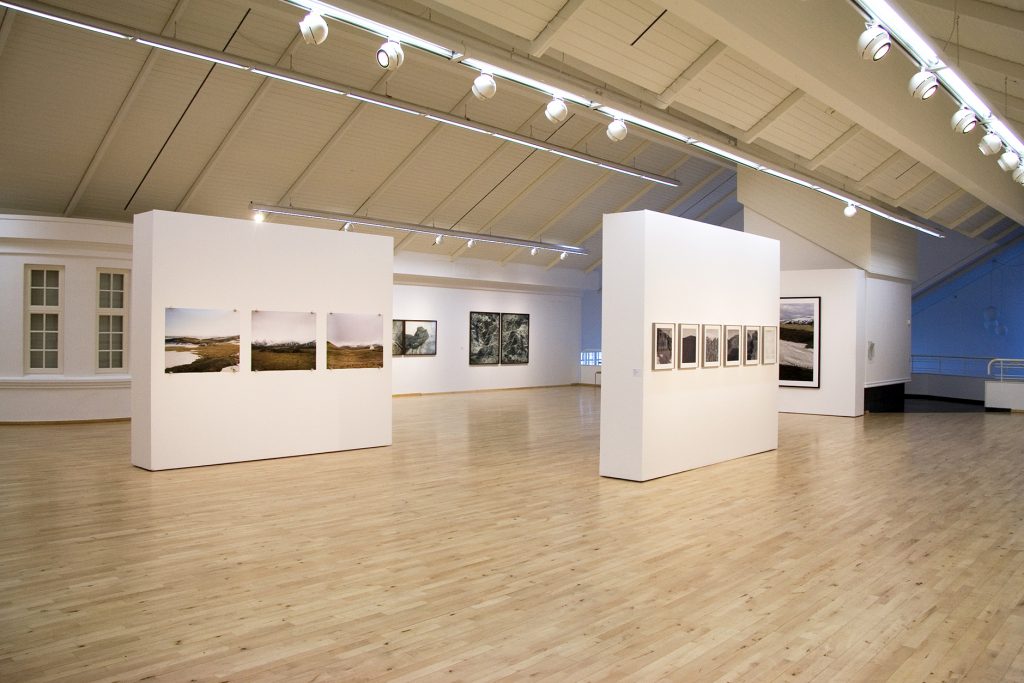 Church
Add to Plan
Stykkisholmur | © Ulrich Latzenhofer/Flickr
Designed by architect Jón Haraldsson, Stykkishólmur’s mesmerizing sci-fiesque church opened in 1990. Inside, thousands of suspended lights stream across the ceiling and a painting by Kristín Gunnlaugsdóttir depicting the Madonna and child can be seen above the choir. With great acoustics, the church has regular concerts throughout the year.
More Info
Open In Google Maps
Borgarbraut, Stykkishólmur, Iceland
+3544381560
Visit website