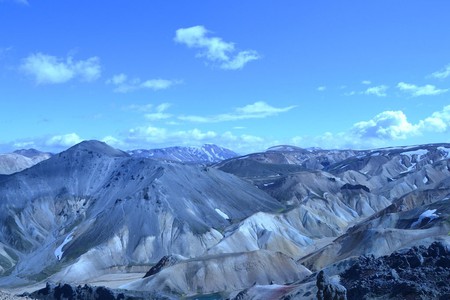 From waterfalls to glaciers and places of geothermal activity to awesome rock formations, these inspiring attractions are to be found by road-trip, hike, or tour guide, or a combination of all three, which is the nature of Iceland’s attractions, which are sometimes hidden deep in the landscape. On this small island just over 100 square kilometers in size, these monumental attractions leave a lasting impression. Sometimes these places require just a bit of effort to get to. Here is our list of 11 epic views that are worth the hike!

There are many major hikes that can be undertaken in the Landmannalaugar hiking region in South Iceland. The first is a two-hour hike that takes you from the coal black Laugahraun lava field where Landmannalaugar sits to the mountain Brennisteinsalda, or “sulfur wave.” Brennisteinsalda, an 855-meter volcano, derives its name from the sulfur spots that dot its sides, making it the most colorful mountain in Iceland. 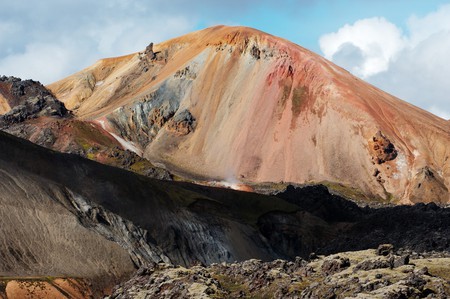 Another hike available in the Landmannalaugur region is to the 940-meter summit of the mountain, Bláhnukur, or “blue peak.” On this one-hour hike, you can see the sweeping colors of the surrounding lava flows and settled ash. The mountain, which sits beside Brennisteinsalda, allows you to have a landscape view of the five different surrounding glaciers.

Yet another beautiful hike in Landmannalaugur—which takes about four hours—will take you to Ljótipullur Crater Lake, or “ugly puddle.” However, “puddle” is misleading in describing this deep trout-filled lake surrounded by red embankments. 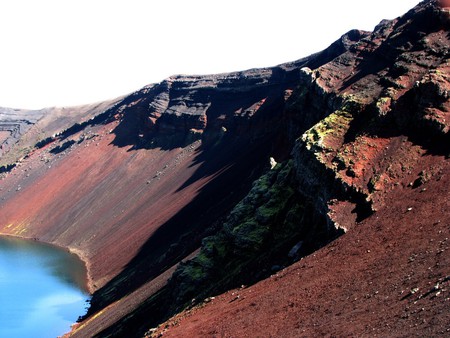 Also located in the Landmannalaugur region is the option of taking a 55-kilometer-long, multi-day hike that can be extended by taking the trail through Fimmvörðuháls, a stunning area between the two glaciers, Eyjavjallajökull (of the infamous eruption in 2010), and Mýrdalsjökull. Beginning in Þórsmörk, the route takes you 22 kilometers past a variety of amazing sites reflecting the diverse volcanic region. 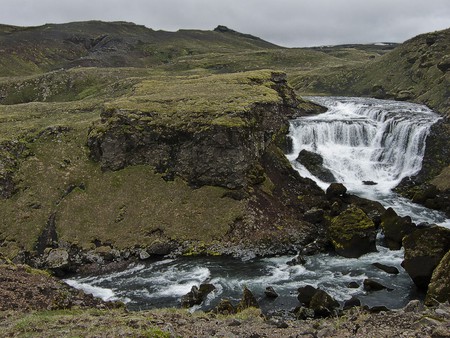 Another trail in Landmannalaugur will take you to Suðurnámur, a mountain northwest of Bláhnúkur at an elevation of 882 meters. 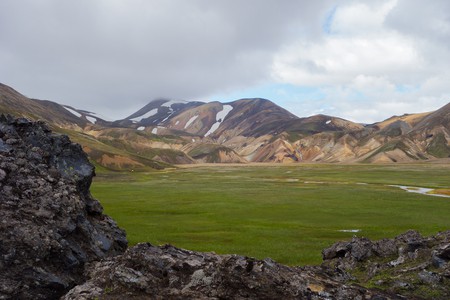 Hornstrandir Nature Reserve, in the Westfjords, is a very isolated region well-known for bird cliffs and nests of Arctic foxes. Hiking in this region requires some extra planning, as it is so isolated. One hiking trail in the area is the Horn loop, which will take you to the Hornbjarg cliff area. 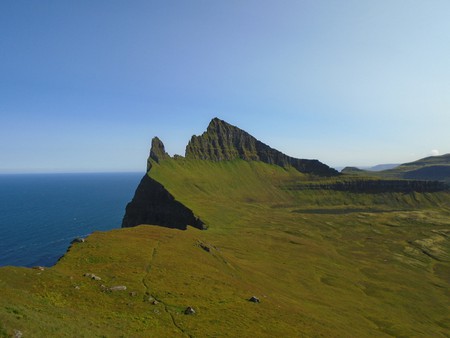 Located only an hour north of Reykjavik, the hike leading up to the Glymur Waterfall is full of stunning views as it winds up the canyon. Rather steep in areas and requiring a river crossing, the view from the top, both in the midst of the waterfall and looking out over the valley, is stunning. 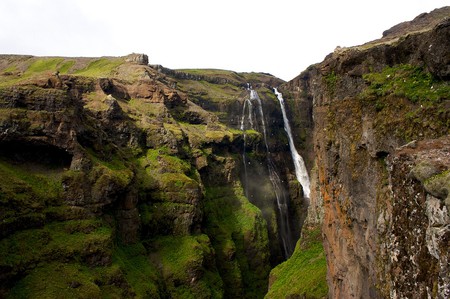 Between the towns of Borgarfjörður Eystri and Seyðisfjörður is a spectacular hike that is 55 kilometers (same length as Laugavegurinn) that’s often hiked in four days. However, there are several other trails in the area, called Víknaslóðir, or “The Trails of the Inlets,” and it’s recommended to spend from five to ten days hiking in the area. 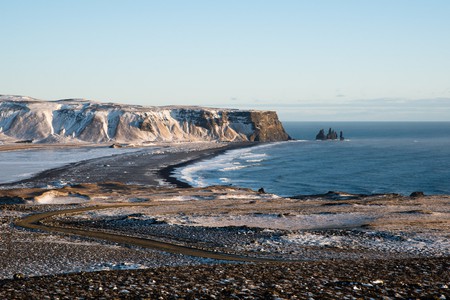 In Thingvellir National Park, every visitor hikes through the massive gorge called Almannagjá. Hardly a hike, the easy stroll through the two massive rock faces is still worth the views. At the top of the canyon, you can see over the largest lake in Iceland, Thingvallavatn. To the sides, you can see beautiful shots of water winding through the ancient lava and moss. 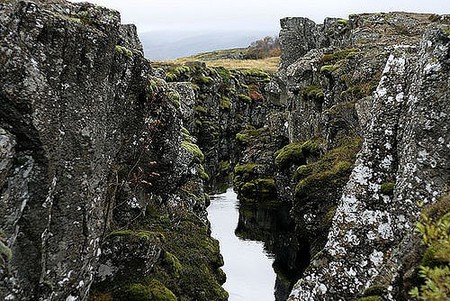 Esja is the ever-present mountain face seen as you stroll around Reykjavik. After taking a half hour bus ride outside of town to the Esja Hiking Center, you can explore the hiking trails traversing this beautiful area. You can choose paths leading through wooded groves or more vigorous and steep trails going straight to the views from the top, where you can see Reykjavik and the surrounding North Atlantic. 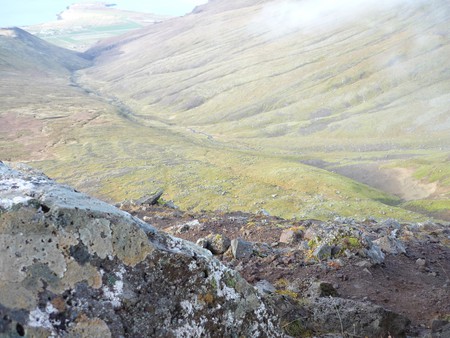 At the Visitor Center in Skaftafell, open year round, you can get information on how to get to Svartifoss waterfall. It is a 1.5-kilometer uphill hike from the Visitor Center, and you’ll cross many smaller waterfalls on the way. Since you cannot see Svartifoss from the road, the hike up is necessary and worth it. 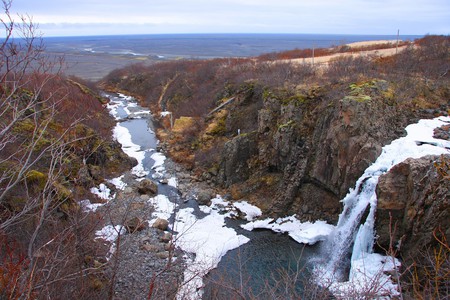