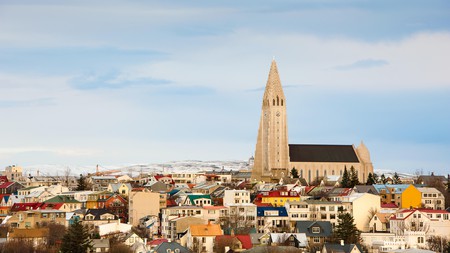 Home to infamous sagas, ice and volcanoes, Reykjavik is the perfect destination if you’re looking for adventure. From sampling fermented shark meat and locally brewed beer to catching sight of puffins and whales, a guided tour in Reykjavik is sure to enhance your Icelandic adventure.

The weather in Reykjavik is unpredictable, meaning there’s a good chance you will experience all four seasons within five minutes. Starting out by the historic Höfði house and finishing at Bessastaðir, the official residence of the President, this three-hour minibus tour promises a fun and informative ride through the city regardless of the weather. As you ride around the Icelandic capital, the bus will stop by some of Reykjavik’s iconic attractions like the Harpa Concert Hall and the majestic Hallgrimskirkja. Hop on the morning bus for a chance to explore the city without running into large crowds. 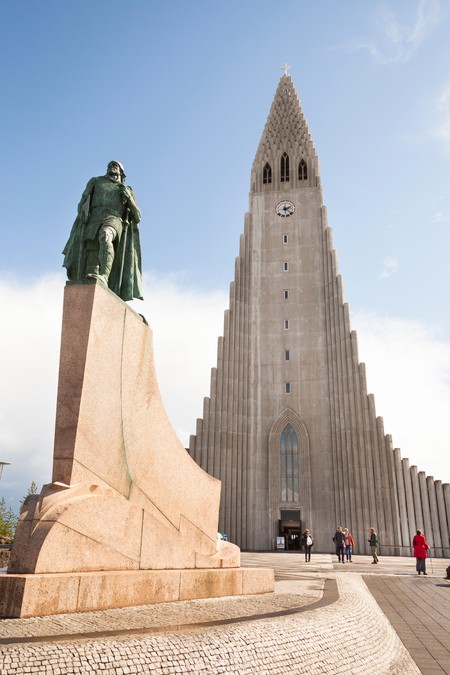 Setting off just outside Reykjavik’s old harbour, this three-hour whale-watching tour takes you on a boat ride where you will be able to spot whales, dolphins and porpoises. Ideal for nature lovers, the tour is available all year round in both English and German. Tip: go on an afternoon ride for the chance to catch a beautiful sunset, or visit between September and May to spot the Northern Lights. 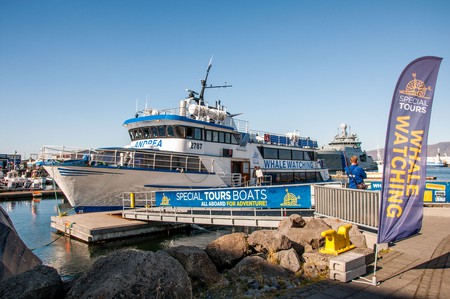 Walk with a Viking tour of Reykjavik

With a Viking as your private guide, this walking tour invites you to learn about the history and settlement of Reykjavik. Starting off your adventure at Ingólfur Square in downtown, you will be a part of a small group of no more than 12 people who are able to visit a replica of a Viking ship from 900 AD. Ideal for history buffs, the tour takes you through the city’s historical sites like the Parliament building and cultural sites like the Harpa Concert Hall. 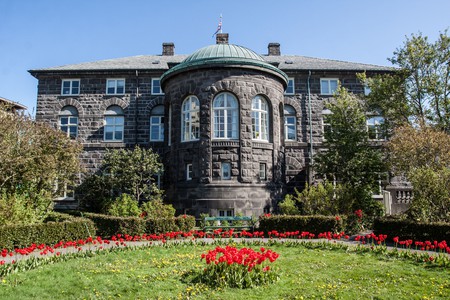 One of the best ways to explore Reykjavik is by going on a Hop-On/Hop-Off bus, especially if you are looking to see the city at your own pace. Starting out by the Harpa Concert Hall, you are in charge of your itinerary and have access to bus routes 1 and 16, which come equipped with an audio guide in eight languages. Great for families, the bus is free for children under 11 and offers panoramic views of the city. 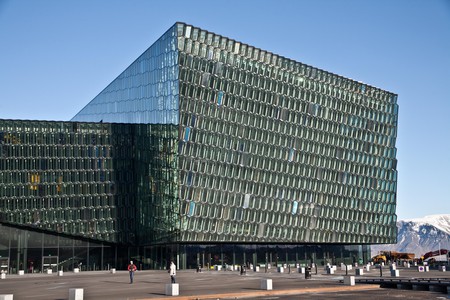 Available from May to August, this tour gives visitors the chance to see over 30,000 puffins in Akurey, also known as the puffin island, a mere 15-minute boat ride away from Reykjavik’s old harbour. While en route to the island, the boat ride offers great views of Reykjavik’s cityscape, and if you’re lucky you might even spot the Northern Lights. 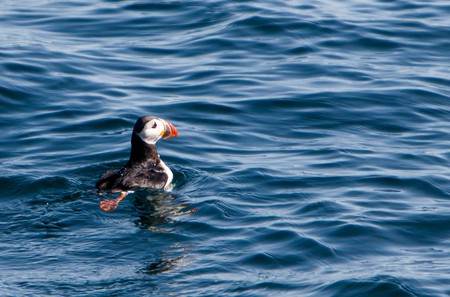 Interested in how geothermal energy is produced and maintained? At the Hellisheiði Power Plant located a 20-minute drive from Reykjavik, the Geothermal Exhibition is set within the very lava fields and Icelandic moss that the tour will guide you through. With the help of stunning visual displays and interactive multimedia installations, you’ll be able to examine the geothermal energy production process in Iceland. 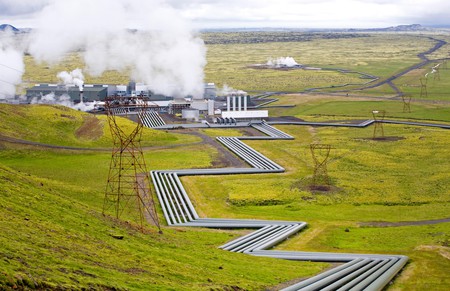 Whether you are a seasoned fisherman or a beginner looking to learn, this fishing tour teaches you how to catch your own fish and prepare it on board a traditional Icelandic fishing boat. The tour is available between May and September and gives attendees the chance to catch a variety of fish, from cod and haddock to rockfish and pollock, on this three-hour-long boat ride. To get the full Icelandic experience, stop by the weekend flea market, Kólaportið, where you will be able to taste the infamous marinated shark known locally as hákarl. 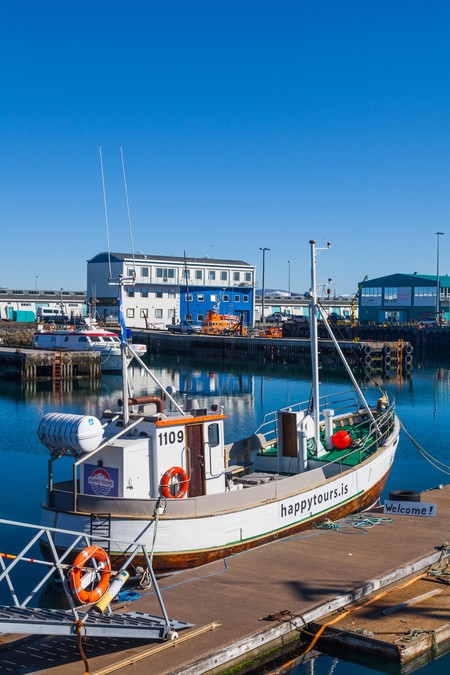 Curious about Icelandic cuisine and beer? Then meet your host and new drinking buddies at the Bryggjan Brugghús bar in the old harbour where you’ll taste six locally sourced Icelandic meals, tapas-style, paired with six different beers. Serving the two most traditional foods of Iceland, fish and lamb, you’ll also have the option of trying Icelandic vegetarian and vegan dishes. Available all year round, the food and beer tour is perfect for tourists looking to immerse themselves in Icelandic culture with the help of an expert. 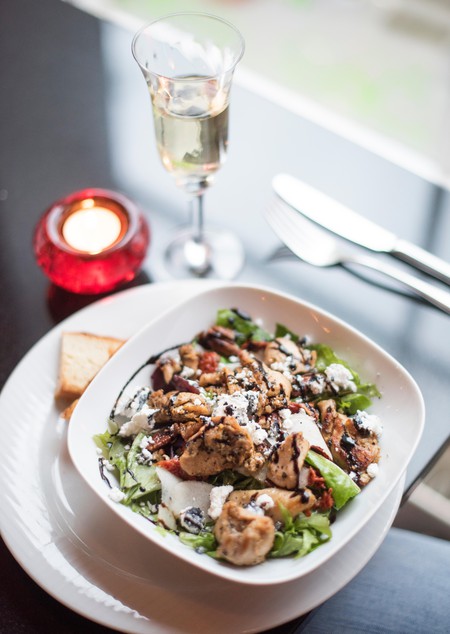 Flying over Mount Hengill, the one-hour Geothermal Helicopter Ride offers a bird’s-eye view of Reykjavik. Departing from Reykjavik’s domestic airport, only a few minutes from the city centre, the helicopter flies over an active volcano before making a stop on Eyjafjallajökull – one of the country’s smaller ice caps – for an unforgettable lunch. 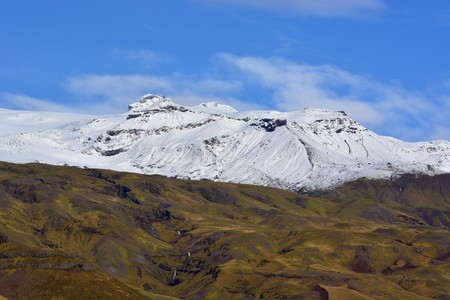 Iceland is a treasure trove of myths when it comes to the folklore of elves and trolls that are said to inhabit the country. Ideal for those interested in Norse mythology, the mythology tour teaches you about Icelandic legends and superstitions, where you’ll come to understand Icelanders’ fascination with sagas, and visit some of the city’s iconic attractions including two of Reykjavik’s oldest graveyards. 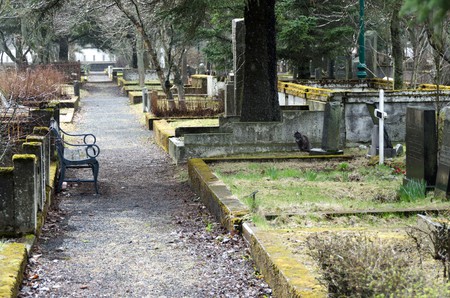