Lupins at Fossvogur Bay | © Hugh Millward/Flickr
For such a small capital, Reykjavik is an obvious destination for outdoor lovers and health enthusiasts thanks to the variety of landscapes to traverse while running including the options below. Afterwards, there are plenty of geothermal swimming pools to soak in or, of course, the cold Atlantic for some sea swimming.

Natural Feature
Take a hike up Mount Esja | © Theo Moye / Alamy Stock Photo
From the Hlemmur Bus Station in Reykjavik, take a 20-minute bus ride to the hiking center at the foot of Mount Esja. With a few different paths to choose from to make it to the top, all of them offer beautiful scenery. A rather steep climb in places, it is still a very popular running route. Once at the top, enjoy the view of Reykjavik and the surrounding northern Atlantic Ocean.
More Info
Open In Google Maps
Iceland
View menu
Visit website
Visit Facebook page
Send an Email
Give us feedback

In this rural municipality just outside Reykjavik, find a variety of rural roads and wooded paths on which to run after driving or taking a bus to get there. With less car traffic and see fewer people around, enjoy the mountain scenes in the background and rolling hills. 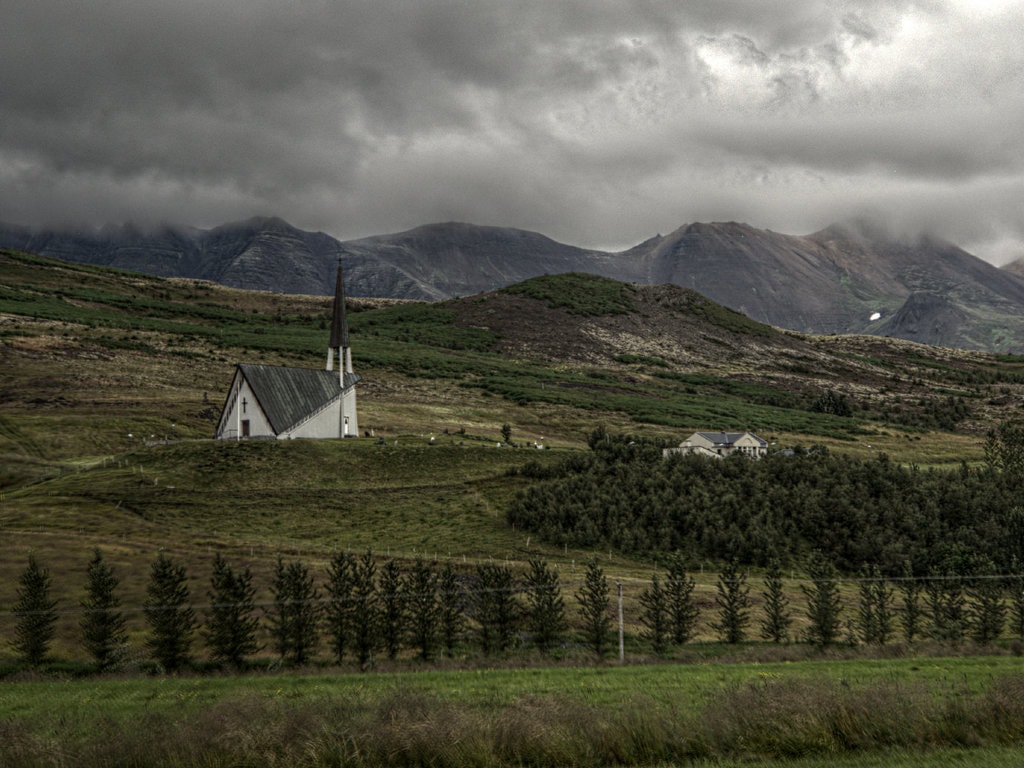 Entire coast of the Reykjavik Peninsula

Reykjavik is surrounded by coast on three sides, which makes it possible to circumnavigate the capital via a coastal path. Start at the Harpa Concert Hall and Conference Centre and head west towards the Grandi area on the paved running path. Cut across the Seltjarnarnes Peninsula or include that in a long coastal run as well. The path then curves back east and goes along Nauthalsvík Geothermal Beach and Öskuhlið hill. 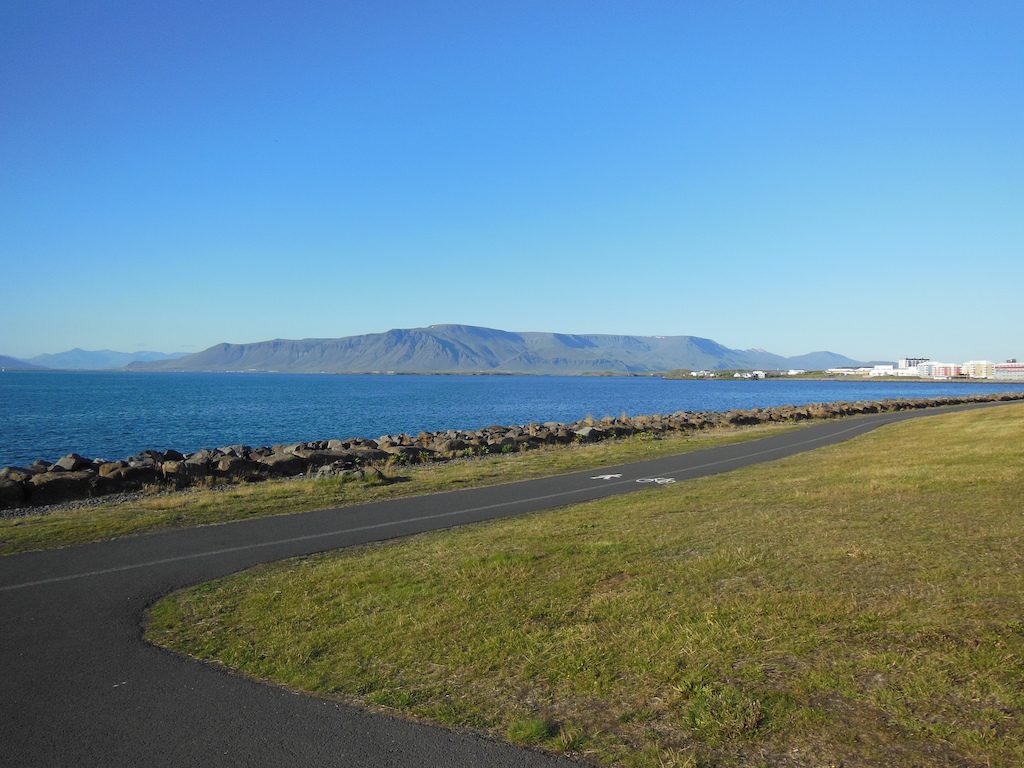 This route connects Nauthálsvík Geothermal Beach to Elliðardalur along the coast. Run along the forests of Öskjuhlíð Hill and over a bridge that crosses a large street. Run a bit further into the Fossvogur Area, turn around, and continue back along the coast towards Seltjarnarnes. It gives a great view of both the bay and the wooded Öskhuhlíð Area. 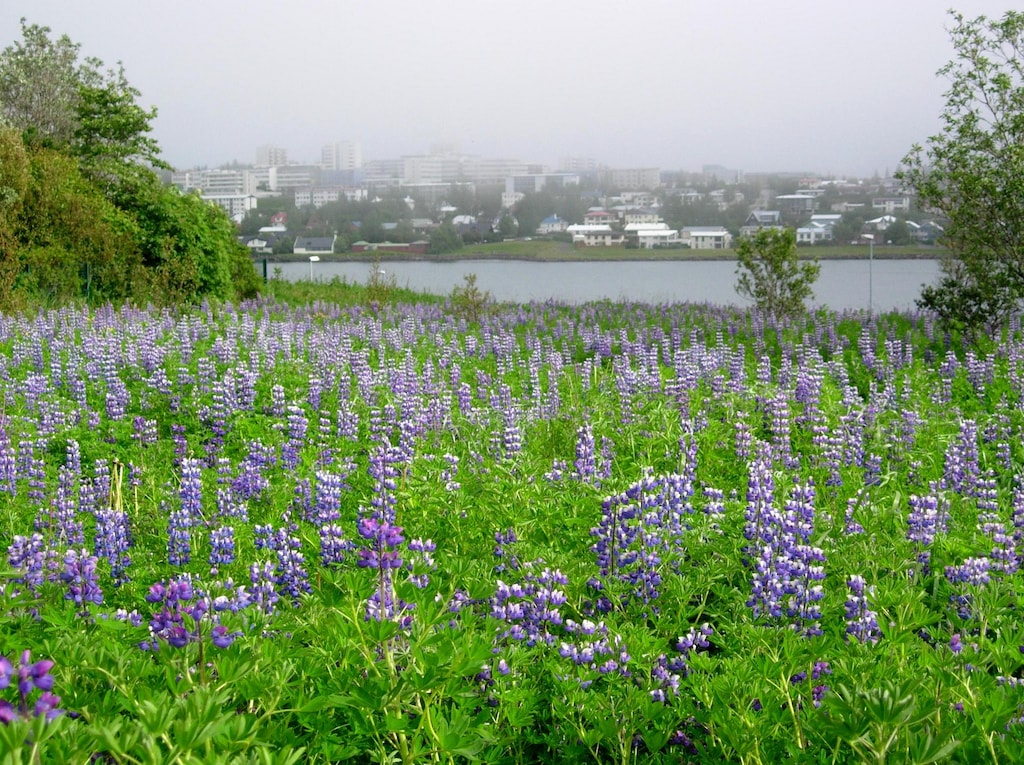 Take the ferry from Reykjavik Harbour to this tranquil island not far from Reykjavik. On the island, find one of the oldest churches in Reykjavik, a restaurant, and several winding paths that traverse the whole island and feature sculptures by Yoko Ono and Richard Serra. There are no cars on the whole island, but don’t forget to check the times of the ferries heading back to Reykjavik. 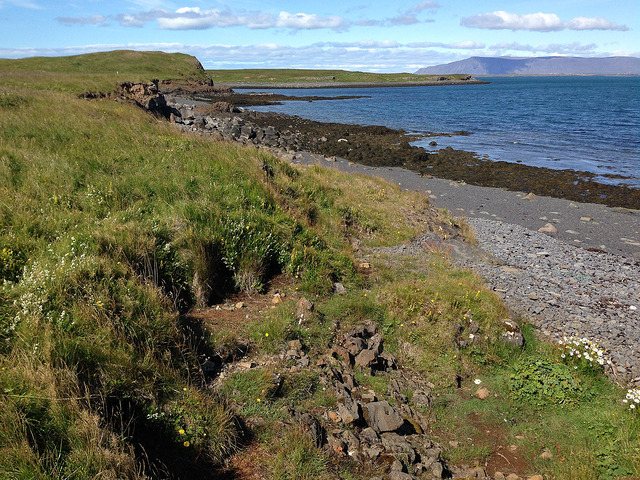 This is the peninsula on the edge of Reykjavik that leads out of the city to a birdwatching area near a lighthouse called Grótta. This run offers great views of Mount Esja across the bay. Those who want to stop and take a break, there is a foot bath close to the lighthouse that is geothermally heated. There is also the option to extend the run by taking a longer route around the golf course of Seltjarnarnes. A good place to start and end is at the public swimming pool, Vesturbæjarlaug. 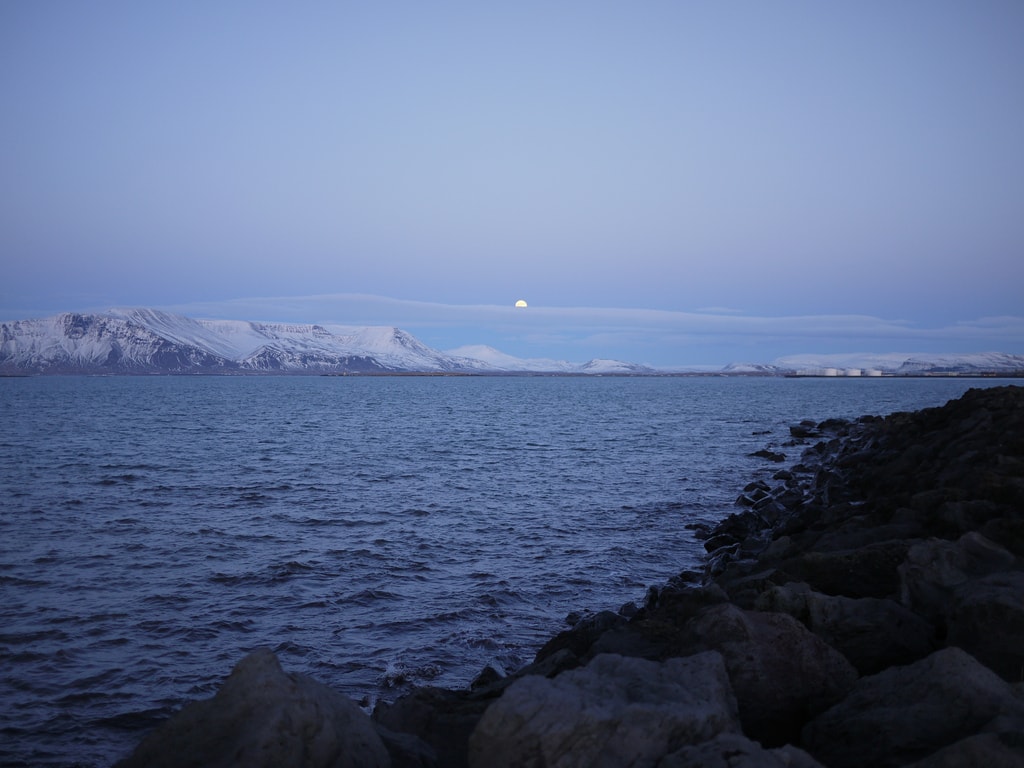 It is possible to reach the Elliðaárdalur Valley from Fossvogur Bay. This winding countryside trail is even better when adding a loop through downtown Reykjavik so runners can traverse a variety of settings. The clearly marked route explores two wooded valleys, Elliðaárdalur and Víðidalur while crossing river bridges. Those including a loop through downtown Reykjavik, the whole path would be about 10 km (6.2 miles). 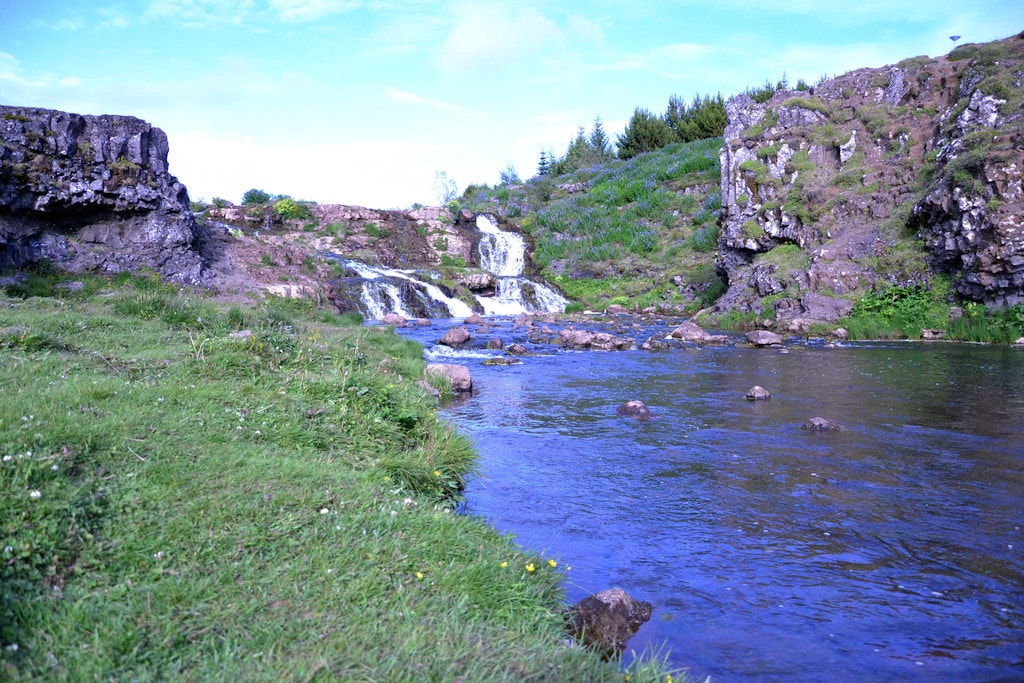 Vatnsmýri is a swamp area that borders the University of Iceland, the Reykjavik Domestic Airport, and Perlan. Along this route, find many other runners and cyclists. In a 5-km (3.1-mile) loop, this route can be taken by starting at Hallgrímskirkja and heading towards Perlan and down to Nauthálsvík, along the airport to the pond, and back to Hallgrímskirkja. 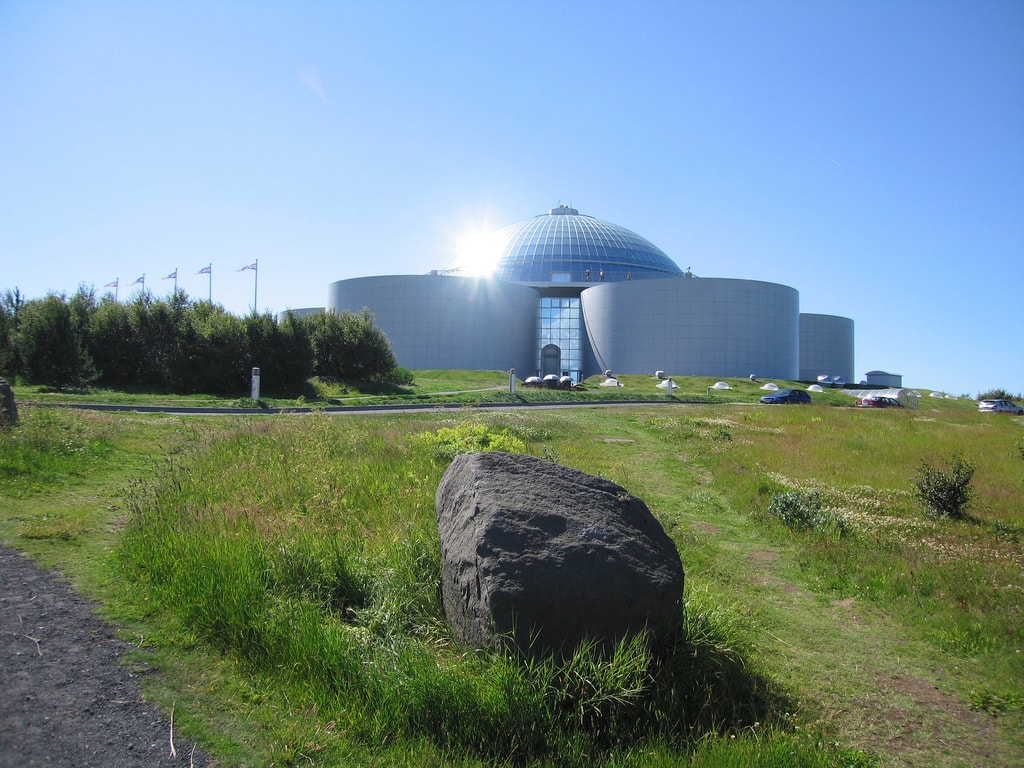 The Reykjavik Botanical Gardens are a great place to find a running route with its carefully landscaped areas and winding stream. Within the Laugardalur area is the Laugardalslaug Public Swimming Pool, so it is possible to take a dip in the pool after a run. The route also includes passing by the Reykjavik Zoo as well as the Icelandic Sporting Hall that houses the nation’s football stadium and handball team, an indoor running track, and an ice-skating rink. 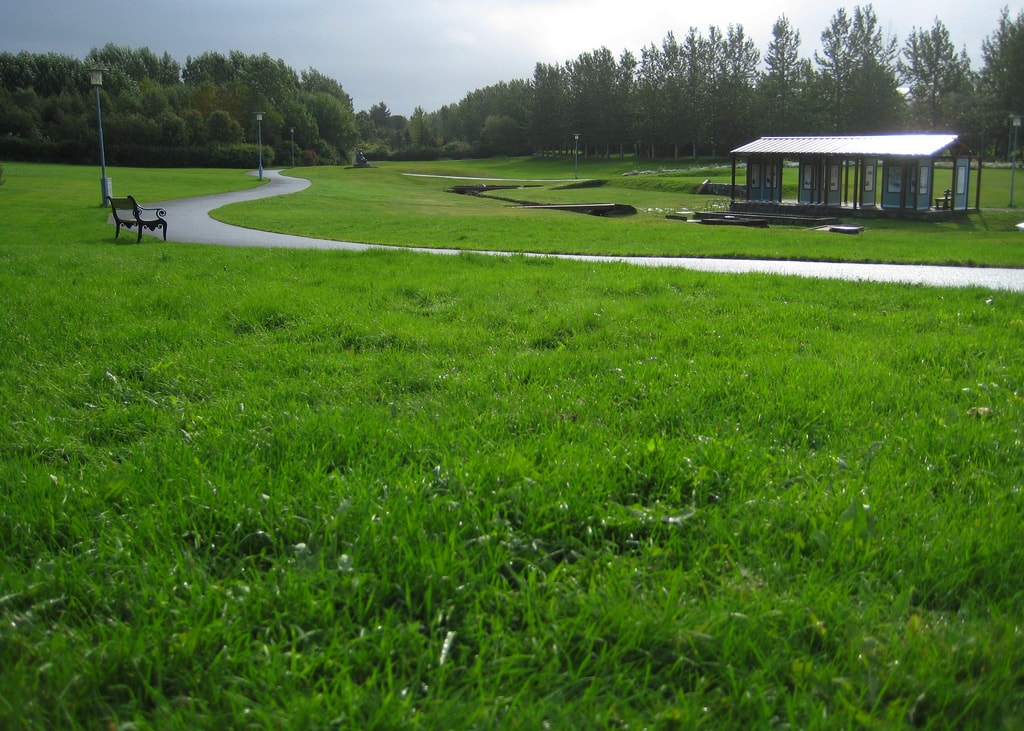 This route could also be called the sightseeing route as it passes all of the major sights in downtown Reykjavik. Starting at Harpa Concert Hall and Conference Centre on the coast, head east towards the Sun Voyager Statue and turn right away from the coast towards Hallgrímskirkja. From there, head down Skólavörustígur Shopping Street towards the Reykjavik City Hall and either stop there or lengthen the route by running around the pond. Run up Túngata towards the Catholic church before heading back to the coast towards Harpa to complete the nearly 8-km (5-mile) route. 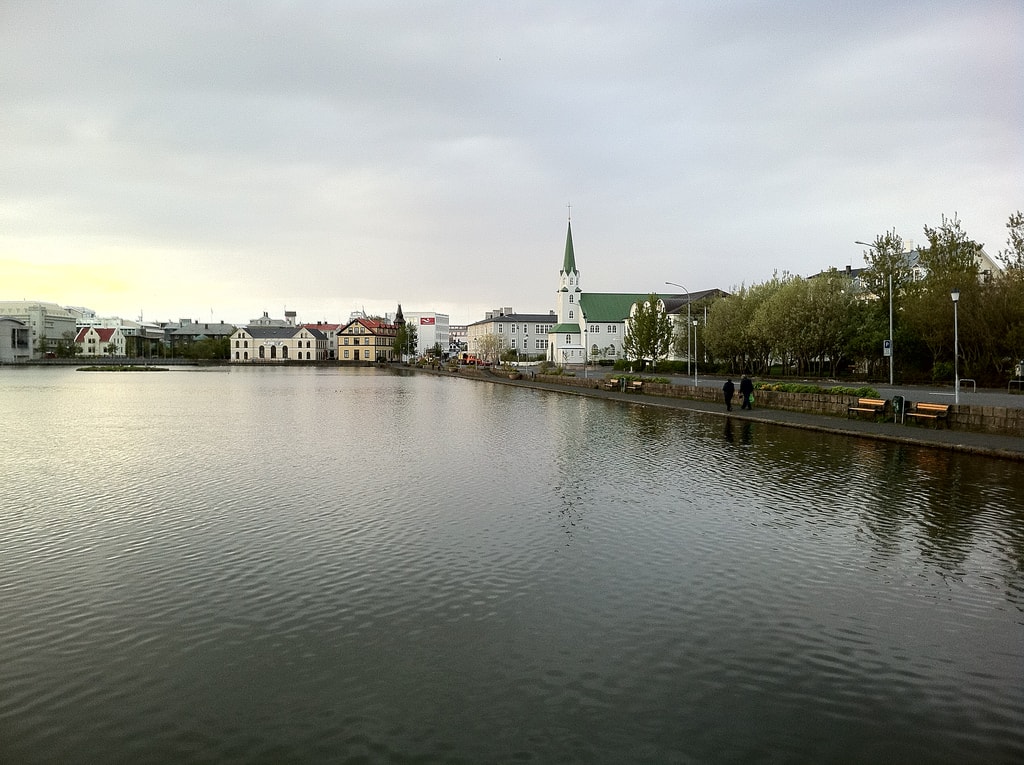