10 Musicians From Iceland You Need to Hear 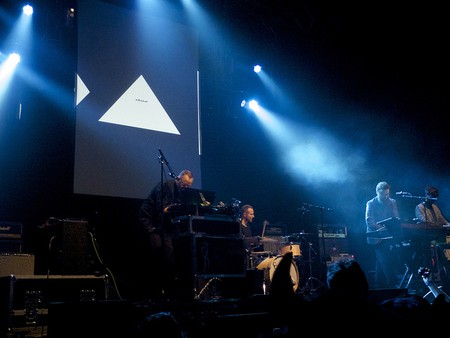 What can be said about Icelandic music that hasn’t been said before? The reputation for soft, quirky, ambient pop is strong, and for good reason with bands like Sigur Rós being so well known worldwide. There is, of course, Björk, but everyone knows her well deserved musical genius status. There are many skilled musicians from Iceland whose renown has not reached quite as far, but who have all the talent for that to be a possibility. Here are ten musicians and bands from Iceland of a wide range of genres from space-themed electronica to melodic metal to minimal pop that are worth a listen.

Originally formed in 1999, Apparat Organ Quartet has since been through a few different incarnations featuring different members. While their sound was more atmospheric post-rock at the beginning, they have since added a Kraftwerkian vibe with heavier beats.

Reykjavíkurdætur are Iceland’s first all-girl hip-hop band comprising of at differing times between nineteen and seventeen members. The name means “Daughters of Reykjavik.” Beginning in 2013, the group launched a campaign that year for their first album. They rap almost exclusively in Icelandic and the lyrics revolve mostly around the experience of being a woman in Iceland, speaking out on such topics as sexuality, body shaming, rape culture, sodomy, corrupt politicians, and maternity. They have gained quite a following in Iceland and abroad.

Kælan Mikla, meaning Big Freeze, consist of three girls playing dark synth with prominent rumbling bass and eloquent grunting and screaming. Formed in 2013, their sound has experimented with few variations from their dark synth core. They learned their instruments, drums, bass, and synth, as the band started practicing together. Their nihilistic lyrics and accompanying visual aesthetic are a match made in goth heaven.

HAM are an important part of Icelandic rock history. Formed in 1988 and playing off and on ever since, they still remain a strong force in the Icelandic music. With influences spanning from Abba to Swans, they can be described as operatic goth metal, although they do not consider themselves part of the metal genre. Their first album in 16 years was released in 2011, Svík, harmur, dauði (Betrayal, lament, death), and another in 2017, Söngvar um helvíti mannanna (Songs about the hell of man).

This instrumental jazz group formed in 2007. Their first album, ADHD, from 2009, won the Icelandic Jazz Album of the Year award at Icelandic Music Awards, and their subsequent albums were nominated for the Nordic Music Prize. All albums are also recorded live, as their live performances are part of the band’s acoustic aesthetic. With a prominent sax over chill and seemingly impromptu guitar riffs, their music is perfect music for contemplative relaxation.

Mammút formed in 2004 and are most distinguishable by the female singer’s angsty, passion-driven notes which are whispered sometimes bellowed over catchy, yet distorted guitar riffs. They received the Icelandic Music Prize for best album and album cover in 2014 for Komdu til mín svarta systir (Come to me, my dark sister.)

Dj. Flugvél og geimskip can be translated to Dj. Airplane and spaceship. This one-woman band plays electronic space music straight from some galactic center with a very playful series of beats and high pitched vocals to accompany. Lyrics revolve around space themes and mystical elements.

Formed in 2014, Gangly’s members are part of other prominent bands which is usually the case with Icelandic musicians. However, the members were anonymous until this year, adding to their mystery. The name Gangly is an apt description for their music—something dark, melodic, yet spinning towards union. They also collaborate with a visual artist whose 3D animated videos of slow-moving organic shapes fit the music’s heaviness to a tee.

Pascal Pinon released their first album in 2009, when the twin sisters that make up the band were only 14 years old. Singing in both Icelandic and English, the songs are both optimistic and heartbreaking, while also soothing of the same heartbreak. The twins create expertly melancholic and minimalistic sound landscapes.