10 Beautiful Lakes in Iceland You Should Visit 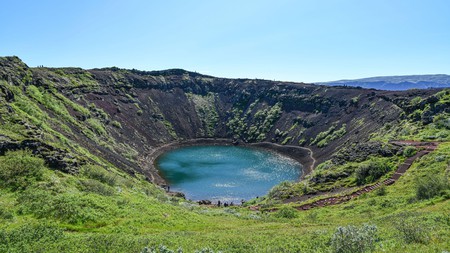 While Iceland’s geothermal activity usually gets all the hype and attention, the Nordic island also has another water feature that is equally befitting. There are many natural lakes that dot the landscape, both in the inner highlands and close to the coastline. Some have outstanding mountains reflected in their waters while others are situated in rift valleys. Here are 10 lakes in Iceland that shouldn’t be missed.

You can now book your trip with us – you’ll uncover the country’s most stunning landscapes on Culture Trip’s five-day, small-group Iceland tour.

This lake is located at the edge of Iceland’s highlands and is among many great fishing lakes in the area. The lake is actually a reservoir with a dam at its southern end. Thórisvatn and the accompanying lakes in the area are well-known for their brown trout. The water may appear at times to have a milky color, but it is from glacial runoff and couldn’t be purer. 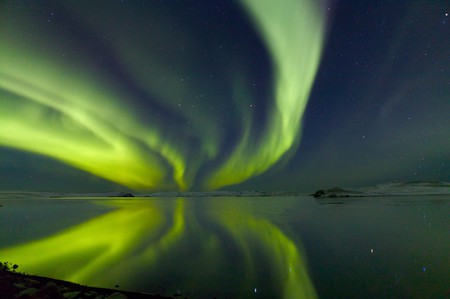 Tjörnin sits in the middle of Reykjavik with City Hall on one end and the University of Iceland on the other. Many important buildings such as the National Gallery and multiple embassies are located around the area clearly marking the central location of the lake. It’s an ideal location as there are different activities that can take place throughout the year, including ice-skating during wintertime. 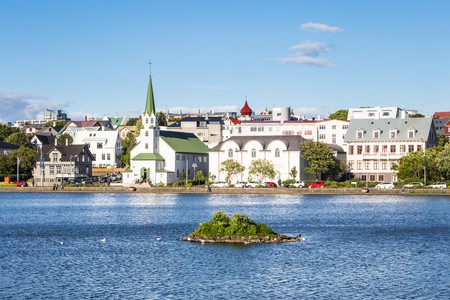 Reykjavik cityscape viewed from across the Tjornin Lake | © AsiaDreamPhoto / Alamy

This is a turquoise, water-filled caldera located in the southern plains. Almost perfectly circular, its steep sides made of gravel and sparse vegetation make a perfect frame around the eye-like caldera. Just off the Golden Circle route, there is an easy path to its edge. 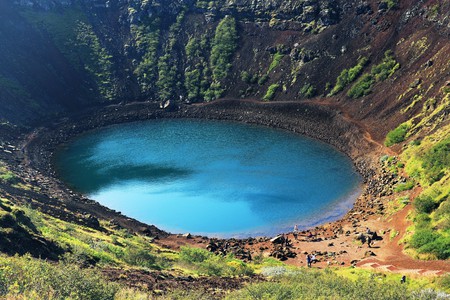 This is also a water-filled caldera similar to Kerið, although located in the remote highlands in the center of Iceland. The lake, which is much more difficult to get to is sometimes called Viti, or “hell”. The waters of Öskjuvatn are much more milky and opaque during all seasons and is constantly heated by geothermal activity, making it a pleasant – although odorous – swim. 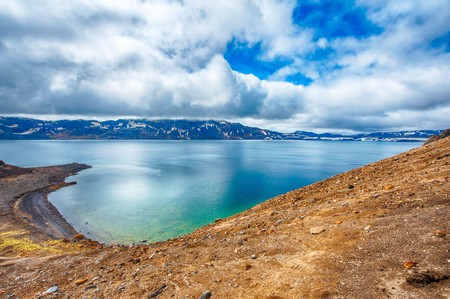 This world-famous lake is full of newly calved pieces from a glacier. Located on Iceland’s southeast coast, this incredible lagoon’s gently flowing waters take the mesmerizingly blue iceberg chunks out to the sea. Visitors can gaze upon the site from the shore, where there are is a parking lot, boat tours and a cafe. The size of the icebergs found at Jökulsárlón heavily differs as some come in the size of a house while others are much smaller. 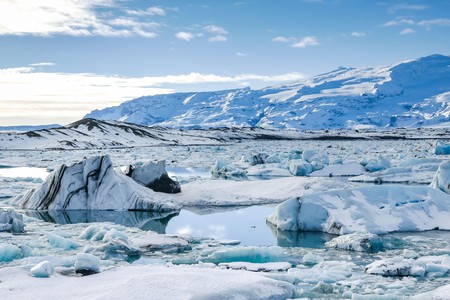 This lake is located in northern Iceland and is undoubtedly the jewel of the north. It is a shallow, yet very spread out lake well-known for the unique lava formations that surround its edges and the meandering paths that the water takes inside the formations. The lake, which name means “midge lake”, refers to the insect Highland Midge. 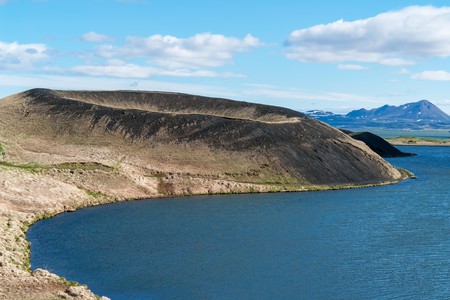 Historically Thingvallavatn is Iceland‘s most significant lake and is geologically interesting. The lake straddles the tectonic rift valley between the American and European continents. The calm and serene lake is surrounded by ancient lava on all sides and you can even see geothermal activity on the southern end with wisps of steam. As the largest natural lake in Iceland, it is also the site of the first democratically elected parliament, the Althing that took place in the 10th century. 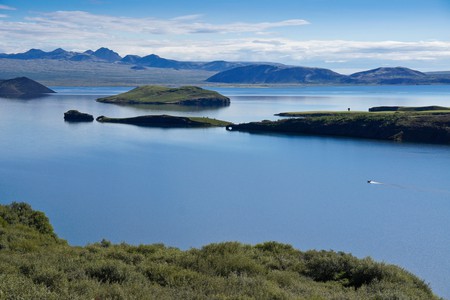 This lake is located in eastern Iceland and is quite a monster in size. Pun intended, as there is supposedly a serpent of local lore that has lived in the depths of the lake since the 14th century. The huge lake is 10 times longer than its width with a basin sunk into a glacier-carved valley. On its eastern shore sits Egilstaðir, which is the most populated town in the region 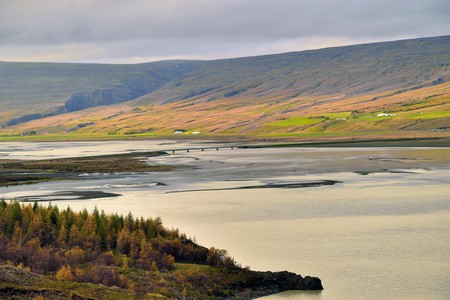 Located in Öxnadalur Valley, this lake is also supposedly filled with mythical creatures. One of the creatures is the Hrökkáll, shaped like an eel with iron scales and fins. To the north and southeast, one can see jagged peaks and huge remnants of rock slides that helped to form the mountain lake. Iceland’s most beloved poet, Jónas Hallgrímsson (1807–1845) was born in the valley and it is said to be where his interest in the natural sciences was born.

Located on the Snæfellsnes Peninsula, this lake was created during a volcanic eruption 4,000 years ago. The lava field in which it lies is Berserkjahraun. This scenic lake creates a sight of beautiful colors from the lake’s blue depths to the red hue of mountains in the background. 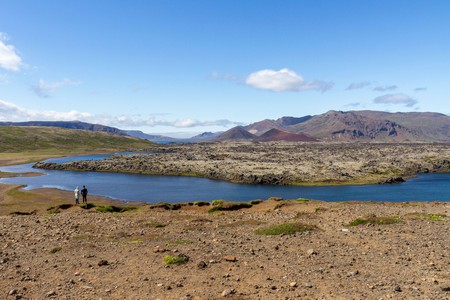