Would You Drink Out of This Mug Made of Hair and Leg Wax? 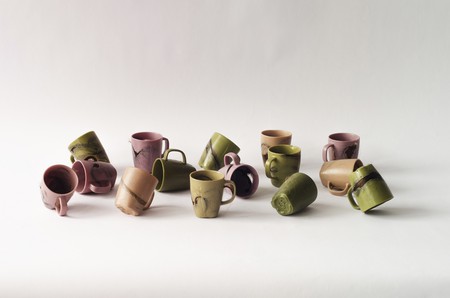 Human hair and leg wax may not seem like obvious material choices for a drinking vessel, but that’s exactly the point of this unusual project by Hungarian design student Krisztina Czika. She questions our relationship with raw materials, asking us to reconnect with their origins and to consider how readily available they are. 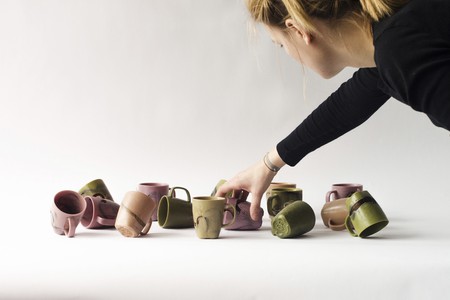 The project entitled This is not a VÄRDERA is based on IKEA’s line of simple VÄRDERA mugs but with a big difference – they’re made from harvested human hair and cosmetic wax. Czika’s aim is to make the public consider its responsibilities towards nature, humanity and time.

Replacing the porcelain original with a material that is not so readily available creates a new perspective on how to look at the same object, according to Czika. ‘My intention with this project was not to propose or to provide applied possibilities, but to increase awareness.’ 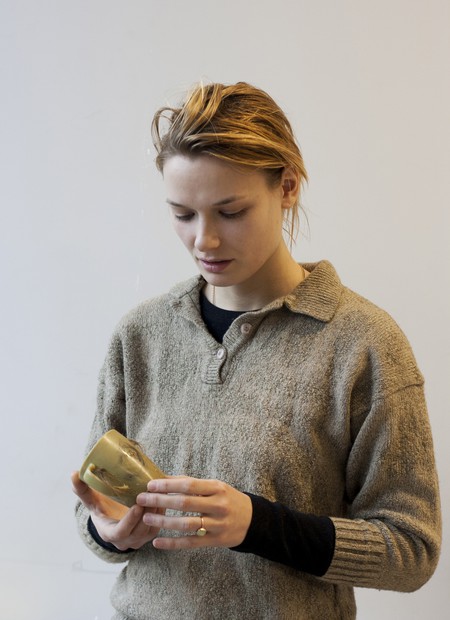 What became quickly apparent to Czika was that the mug production entirely depended on the hair donors, limiting the amount of mugs she was able to make. During the project, which was part of the DesignLab course at Gerrit Rietveld Academie, Czika managed to harvest hair from four donors in the end, including herself, to make 15 mugs.

‘Originally the mug is made of feldspar porcelain, which makes it impact-resistant, durable and ideal for mass production. In this respect, the key terms are quality, amount and sufficiency. But how do these terms reflect on a maker or a consumer when it comes to appreciation?’ 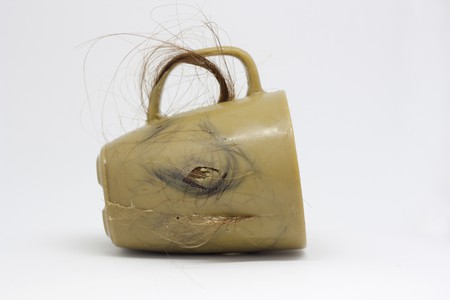 Czika says that she likes to experiment with materials that aren’t considered a raw material, but are often seen as waste. She sees the potential of such materials, including as human hair and cosmetic wax, to be recycled in a way that could be economically beneficial. ‘I believe to “face” a material that most people are disgusted by and experience it in an installation that amazes, shocks, surprises you, or just makes you smile, opens up a taboo, raises questions and hopefully will lead to awareness.’ 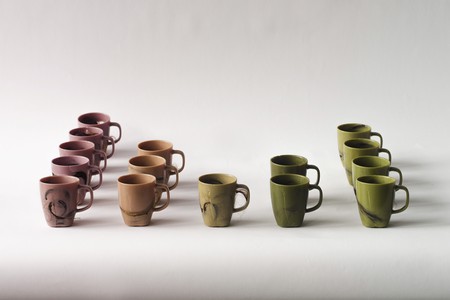 So how have people reacted to Czika’s project? ‘Most of the time, people look at it and awkwardly smile. Many people are hesitant to touch it, because they are disgusted of the hair. But when they take it into their hands and smell it, the first question is always: “Can you drink from it?’And I am eager to ask back, would you like to drink from it?”‘

This isn’t the first time Czika has experimented with hair; 18 months ago Czika shaved off her own long tresses, spun it into a big ball of thread and wrote her dissertation on the social, cultural and political aspects of human hair. 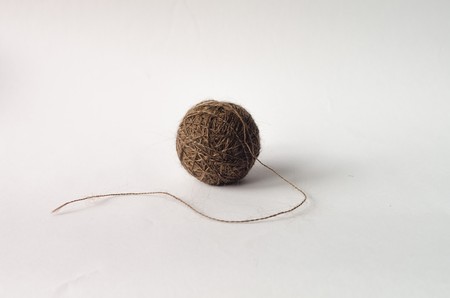 © Anne Lakeman
Give us feedback