PROFILE
EUROPE
/
HUNGARY
/
Things to Do

Where to See Hungarian Folk Art 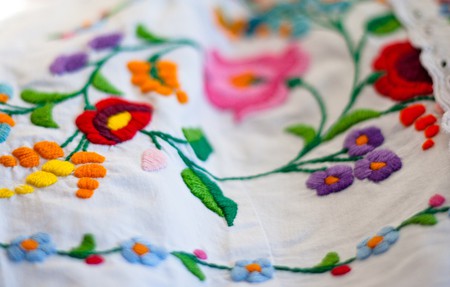 Hungarian folk art occupies an important space in the country’s culture: colourful embroidery, pottery, lace and more are displayed in museums, produced by local craftsmen and bought by visitors and locals to this day. Join us on a folk art tour of Hungary, as we take a look at where to see the best of this original art form.

Every year, Buda Castle plays host to a folk art extravaganza as this established festival celebrating Hungary’s traditional art forms takes over the grounds. Artists from across the country arrive in the capital to share their work with visitors, while there are also workshops allowing guests to try their hand at the age old arts of egg painting, pottery and other crafts. Food and drink come in the form of traditional Hungarian specialties such as Pálinka and goulash, which can be enjoyed while watching a live dance show or music performance. Two guest nations are also invited to show off their artistic skills every year, bringing a touch of diversity to this folk art festival. 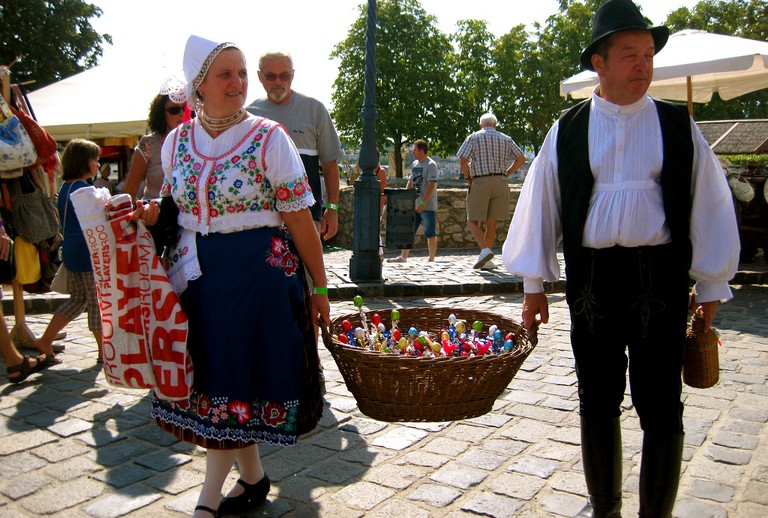 Museum
Facebook
Email
Twitter
Pinterest
Copy link
Share
Set over two venues, this museum showcasing Hungarian folk art holds thousands of exhibits. Embroidery, pottery, lace and furniture can all be enjoyed by those keen to take a look into the traditional arts and crafts of Hungary, with the famous Busójárás masks worn during Hungary’s most well known carnival event can also be found here. The collection is constantly being refreshed with the addition of new items recently created, allowing for a fluid presentation of changing trends and methods of creation. Temporary exhibitions can be be found at the nearby Museum of Applied Hungarian Folk Art temporary exhibition hall.

The Museum of Ethnography 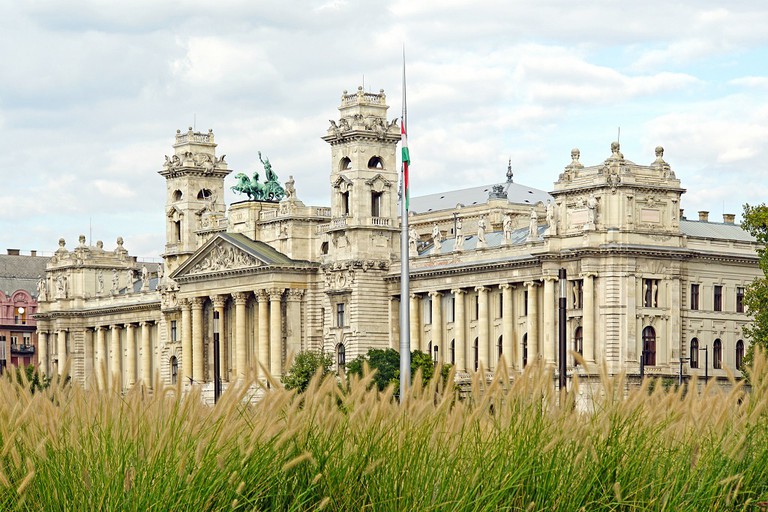 Hungarian Museum of Ethnography | © Dennis Jarvis / Flickr
Standing opposite the Hungarian Parliament Building, this Neo-Renaissance palace houses a number of permanent and temporary exhibitions relating to Hungarian culture. “Traditional Culture of the Hungarians”, the museum‘s permanent exhibition, focuses on the Hungarian peasantry between the late 1700s up until WWI and the development of folk art throughout this period is a key focus. Textiles, painted furniture and colourful folk costumes are just a few examples of the art which can be seen by visitors, while the recent addition of interactive workstations to the exhibition allow for a deeper insight into the history of the period’s folk art.

Museum
Facebook
Email
Twitter
Pinterest
Copy link
Share
Founded in 1967 and located near the Hungarian city of Szentendre, this open air museum provides a trip back in time. Its aim is to share traditional folk customs with visitors and there’s certainly plenty to see across the 113 acres of land which the museum stands on. A number of different areas have been created, from a northern Hungarian village to a market town on the Great Hungarian plain, each offering an insight into a different way of traditional Hungarian life. Events and activities bring the focus onto Hungarian folk arts and crafts, while each area of the museum offers exhibitions within the houses built there. It’s the perfect place to check out Hungarian folk art in what would have been its natural environment.

The Association of Hungarian Folk Artists supports a number of creative houses across Hungary, in which local craftsmen work together to share their skills and knowledge in a community environment. There are often events and activities run by the various Creative Houses and while these are often in Hungarian, it’s a great opportunity to get an authentic experience of Hungarian folk art.

Every summer between June and July, the city of Sopron in northern Hungary hosts the popular Festival Weeks – one of the area’s largest arts festivals. The city’s squares are the venue for the festivities, which fill downtown Sopron with a lively atmosphere. On the program are theatre performances, dance shows, live music and plenty of folk art exhibitions and stalls. 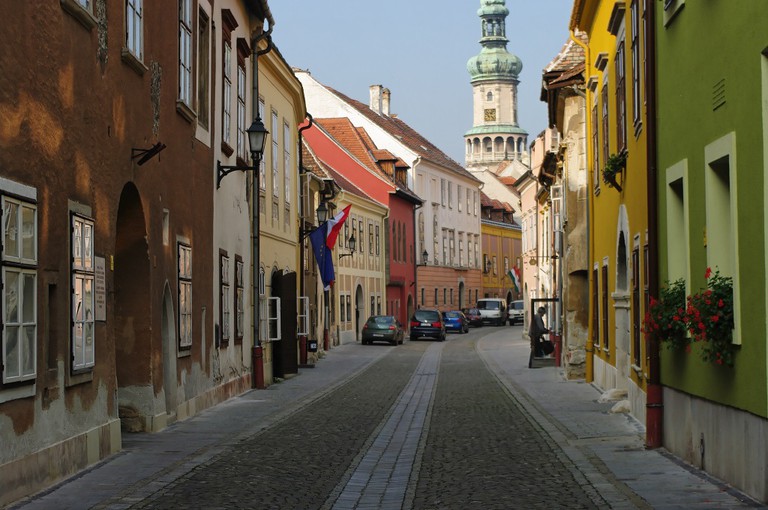 A drive through the northeastern Bereg region of Hungary allows visitors to stumble upon Hungarian folk art almost by accident: Churches adorned with traditional paintings are dotted throughout the area, while local craftsmen sell their wares in towns and villages along the way. The region is known for its preservation of tradition making it a great place to explore for anyone looking to see Hungarian folk art outside a museum. The small village of Tákos is a must: the Tákos Calvinist Church is notable for its painted ceiling and carved pulpit, while the Tákos Provincial House sells local crafts and delicacies. In the nearby village of Vásárosnamény, the Bereg Museum houses exhibitions focused on textiles, embroidery, pottery and painted eggs.

A UNESCO World Heritage Site, this charming village in northern Hungary is both a cultural site and a working village with around 400 residents. The Hollókö Village Museum in the Old Village is the place to visit for a glimpse into traditionally decorated furnishing, while the former weaving house teaches visitors about hand weaving. There are also a number of small local shops selling hand-crafted products from Hollókö. Visit at Easter for the villages authentic Easter celebrations, including arts and crafts stalls, traditional egg painting and demonstrations. 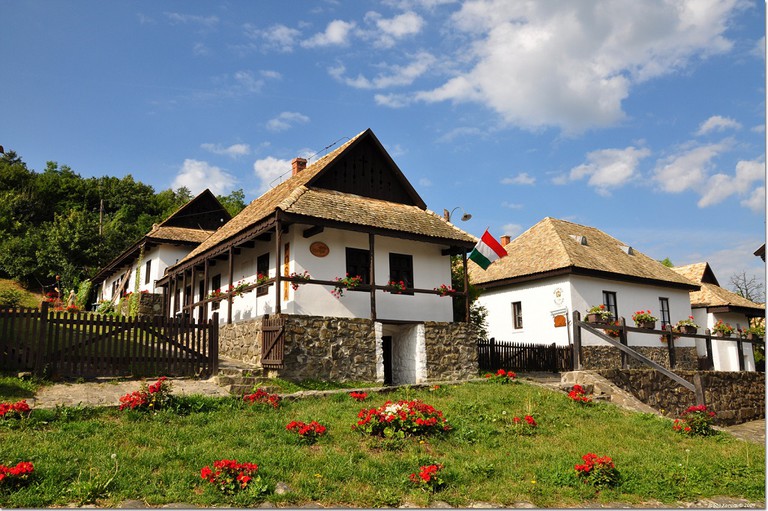