Where and How to Experience Palóc Culture in Hungary 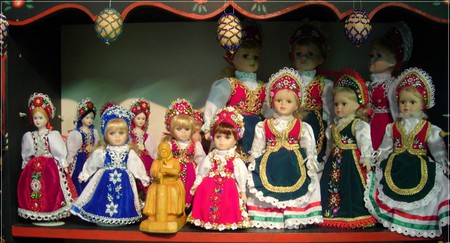 An ethnic minority living in the northeast of Hungary, the Palóc people are known for their unique, carefully preserved traditions, recognisable dialect and traditional way of life. A number of towns and villages can be found in what is often called Palóc Country, with some more traditional than others. We take a look at where, and how, to experience Palóc culture in Hungary.

This small village in the County of Nógrád, which lies in Palóc country, has been kept in its original state, allowing visitors to take a trip back in time and get a glimpse at what Palóc culture is all about. It is this preservation of its unique cultural heritage which has earned Hollókő UNESCO World Heritage Status and it’s a must visit for anyone wanting to learn more about this unique way of life.

Hollókő‘s Old Village is the place to go to see original houses, Palóc art, and learn about authentic craftsmanship and customs. Traditional buildings contain museums, workshops, exhibitions, guesthouses and restuarants in which to try authentic Palóc cuisine. The small village is a living example of Palóc life, with classic methods of farming still used to this day, and a must see for anyone interested in learning more about Palóc culture.

The village also hosts a number of festivals and events throughout the year, at which residents don Palóc costume and celebrate time-honoured customs. The Easter Festival is the village’s most famous celebration, while there’s also a harvest festival and plenty of religious festivities. 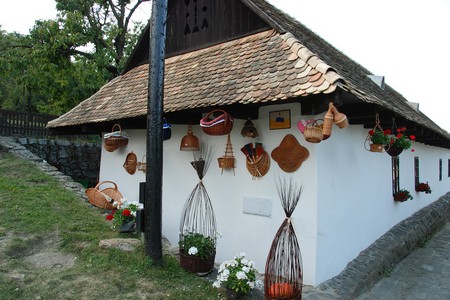 One of northeastern Hungary’s most charming Palóc villages can be found not far from the Slovakian border. Kazár is proud of its Palóc heritage and a number of sites and organisations work to preserve the area’s unique heritage and culture. In the Tájház (country house), traditional textiles such as hemp thread are on display; the Palóc Gallery and the Craft House are the places to go to check out Palóc folk crafts; while the Hagyományok portája is the building to head for to learn more about traditional Palóc cuisine. With so many sights found within the village, one way to experience its history is simply take a walk and soak up the atmosphere.

A peaceful haven away from the hustle and bustle of modern life, this small Palóc village prides itself on its cultural heritage and works hard to preserve and share it with others. At the same time the village is constantly developing, combining progress with tradition to mark its place in today’s world.

The Village Museum allows an insight into a traditional way of life, showing how the Palóc people used to live, while the village also boasts two chapels and a larger Catholic church. However, Rimóc is perhaps best known for its Palóc folk art and there are a few great places to check it out. Both the Doll Museum and the Palóc Main Knitting Exhibition allow visitors to see traditional Palóc dress and embroidery, while folk costumes can also be seen on village residents, especially during festivals!

Rimóc is located near to Hollókő, making it easy to see both villages in one day for a truly immersive look at Palóc culture.

With the aim of preserving and sharing Palóc culture and customs, this museum can be found in the heart of Palóc country on Hungary’s border with Slovakia. Permanent exhibitions present Palóc celebrations, customs and traditions from birth to death, focusing on the late 19th century through to the 1960s; and there’s a library dedicated to the museum’s founder Nagy Iván, in which books detailing Hungary’s history – and in particular, that of Nógrád country – can be found. There’s also space for temporary exhibitions, which take a look at Palóc art, history and crafts, and a small outdoor Palóc village, including a traditional Palóc house and space for outdoor exhibitions. 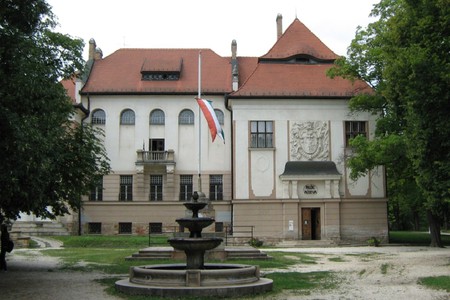 One of Hungary’s most beautiful cities, Eger is also located in so-called Palóc country and this museum dedicated to Palóc culture allows visitors an insight into the metropolis’ rich heritage. Traditional Palóc costumes, carvings, pottery and other crafts which are unique to the ethnic group are on display to the public. Palóc customs are also celebrated, with a chance to see a Palóc wedding – complete with a traditional cake called “cifrakalács” – and other activities such as farming and folk performances. 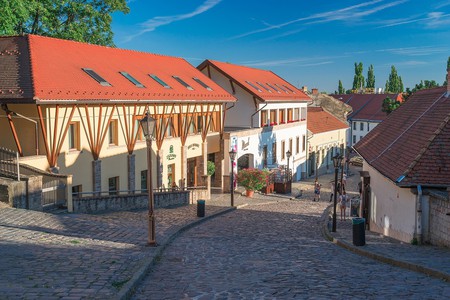 Thanks to the large number of sites dotted throughout Palóc Country, it can be hard to know where to start and what to see. As well as checking out the villages and museums listed above, those who want to learn as much as possible about the Palóc way of life can follow a dedicated Palóc route which encompasses all the best stops along the way. 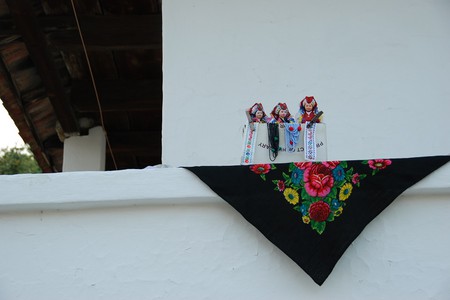