Top 10 Things To See And Do In Pecs, Hungary 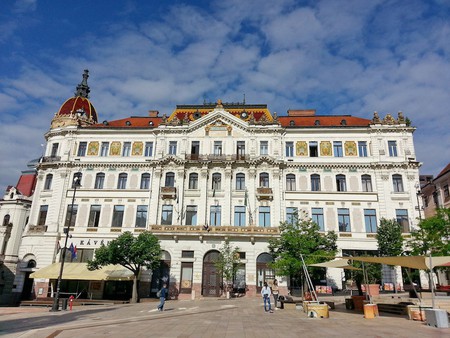 Pécs, the fifth largest city in Hungary is around 2000 years old. Famous for its Zsolnay ceramics and Turkish ruins, this city is a popular destination for visitors interested in history and culture. Previously settled in by the Romans and later the Turks, there is no city in Hungary which has a greater Mediterranean feel about it. With a number of interesting sites such as museums and Roman ruins, it is a fascinating destination. Read all about it with our top 10 things to see and do. 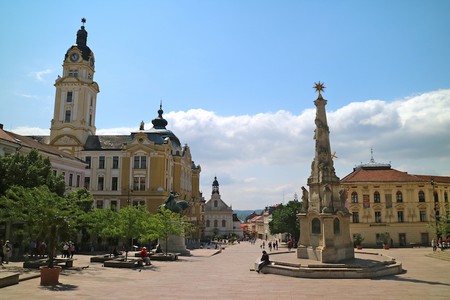 With construction beginning in the late 11th century and finalized in the 12th, Pécs Cathedral has remained an important feature of this city for hundreds of years. With its Romanesque design, this Cathedral is a symbol of Hungarian history. In the 16th century it was converted into a Turkish mosque before finally being claimed once again as a place of Christian worship, representing the years of cultural change within Hungary. The Cathedral, also known as the St Peter and St Paul Basilica is dominated by four 60 meter towers, making it one of Pécs’ most impressive buildings. The inside is equally remarkable. Divided by a splendid arch, the cathedral plays host to the famous frescoes of Bertalan Székely alongside a manual organ. 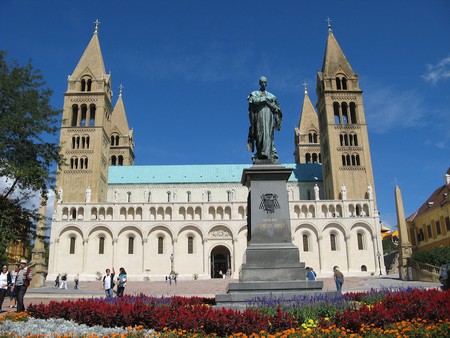 Sopianae, the predecessor to the city of Pécs, was inhabited by the Romans and included a Christian cemetery that many people still choose to visit today. An ever popular attraction, Sopianae, along with its Early Christian Mausoleum, is included in the UNESCO World Heritage List in the category of culture-historical architecture. Discovered during renovation works in 1975, this Roman burial site dates back to the 4th century. The burial chambers are home to a finely decorated twin grave as well as including fascinating murals which depict such characters as Adam and Eve, the Tree of Life and the Prophet Daniel.

Built between 1543 and 1546, this impressive building was the creation of Pasha Gazi Qasim after Turkish occupation of Hungary in the 16th century. It has been used for Christian worship since 1868 leading to interior renovations in order to suit. However, the exterior looks exactly the same as it did when it was first constructed. With its ogee windows and a mihrab the building still contains many original features and elements of Ottoman design. Visitors can even find poems from the Koran written on the walls. This is a truly unique building which incorporates both Christian and Islamic design, as presented through the combined symbols of the crescent moon and the cross on the top of the dome. 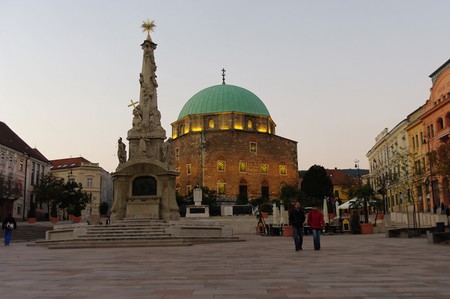 The Gallery of Modern Hungarian Art plays host to art from 1850 up until the present day. There are over 12,000 pieces on display with a number of works from artists such as Simon Hóllosy, Béla Uitz and Ödön Márffy. This allows visitors to do something a little different and explore the more modern aspect of Pécs. Work is chronologically presented throughout the gallery and moves through artistic periods and styles from modern to the avant-garde as well as permanent exhibitions which explore the ideas behind and interpretations of 20th century Hungarian Art.

This museum is solely dedicated to one of Hungary’s most significant Hungarian artists, Kosztka Tivadar Csontváry (1856-1919). Opened in 1973 and set in a Neo-Renaissance building, this museum takes visitors on a chronological journey through Csontváry’s artistic career. Although Csontváry’s work was only recognized five years after his death, this gallery seeks to emphasise his stylistic choices and inspirations. The exhibitions present everything; from the artist’s study drawings to his many paintings. Presented works include the ‘Baalbek’ which is the largest solar road painting in the world. However, the most noteworthy piece of art held by the gallery, and probably the artist’s best known work, would be the ‘Lone Cedar’.

Zsolnay Fountain serves as a commemoration to Vilmos Zsolnay. A city famous for its Zsolnay ceramics, there is no better way to spend time in Pécs than by visiting the monument dedicated to their designer. The fountain was donated to Pecs in 1908 by Zsolnay’s son Miklós and designed by Andor Pilch in 1909. However, it was not erected until 1930 and can now be found in front of the Hospitaller Church, standing at 4 meters tall. Two sides of the fountain present the coats of arms of the city whilst the emblem of the Zsolnay factory graces the remaining sides. The most iconic part of the monument is the four ox heads which release drinkable water. This site has been described as a symbol of Pécs.
Kaptalan u. 2, Pecs, Hungary +33 72 324 822 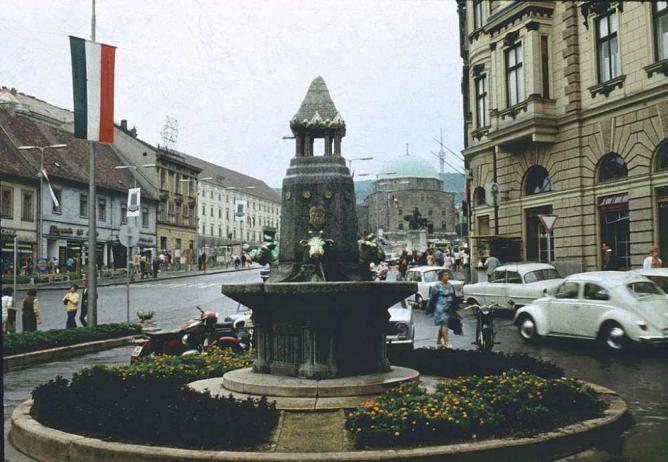 The National Theatre of Pécs

Pécs is known to be one of the most prominent centres for theatrical culture in Hungary with performances taking place in the city since 1786. Designed by world famous architects Adolf Lang and Antal Steinhardt, the theatre was opened in 1895. The building has been renewed since this time but is still an impressive sight. The theatre includes an orchestra pit which sinks by four depths, a rotating stage suitable to display several scenes and an advanced lighting and video system. The theatre is a great way to experience culture and visitors are encouraged to visit and perhaps even watch a show. With an array of performances from Peter Pan to A Midsummer Night’s Dream, no one is ever stuck for choice.

The Kodály Centre has been claimed as one of the best music venues in Hungary and even Central Europe. Opened in 2010, the centre was designed by Ferenc Cságoly and Ferenc Keller. This building, with its technological and musical advancement, emphasises Pécs’ willingness to embrace modern musical culture. Many artists have played within its concert hall, including the Kronos Quartet and Al di Meola. The centre is adapted to hold a number of different music programs, from opera to pop. It is even possible for the building to host up to three events at once including music events and conferences. Visitors can take part in guided tours around the venue as well as choosing to attend one of their performances. 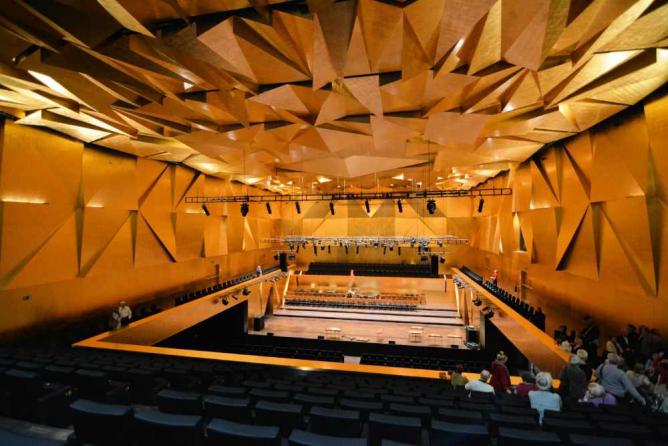 Király Street, is found in the heart of Pécs. It is a very popular area within the city and is filled with a buzzing atmosphere. This is a great place to visit and is home to a number of stylish shops and cafés. Surrounded by buildings in the baroque style, this street is close to a number of Pécs’ main attractions such as the National Theatre and a former monastery. The Palatinus Hotel with its Art Nouveau style is especially striking. 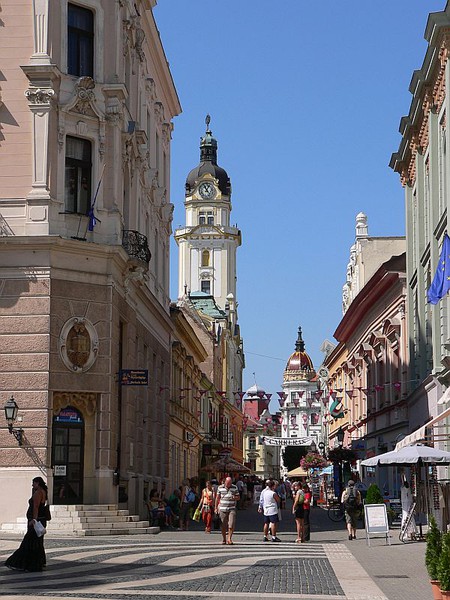 The Bath of Pasha Memi

Only demolished in 1880, the Bath of Pasha Memi is the oldest surviving Turkish bath in Pécs. The bath is open to the public who are also to enter an accompanying exhibition of artifacts. This exhibition provides information about the excavation of the Bath of Pasha Memi as well as informing visitors about Turkish Spas within Hungary. Although used as a baroque dwelling house after 1880, this site was excavated in the 1970s. Today there are a number of areas visible on the site, such as the partial reconstruction of the bath area as well as the reconstructed walls of the spa which are on display. 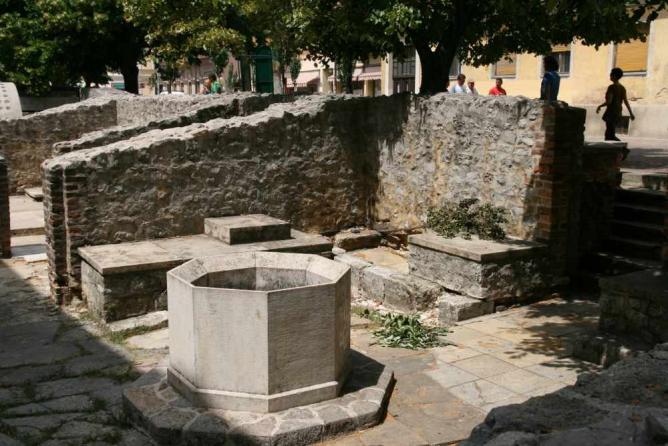 The Bath of Pasha Memi | ©Lestat/WikimediaCommons