Top 10 Hungarian Films You Should Watch 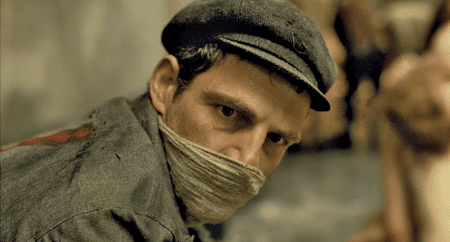 Hungarian cinema has produced some stunning films over the years, with Oscar winning movies and renowned directors producing works which are more than worth watching. Often focusing on the country’s recent history, events such as The Holocaust as well as life under the Communist regime can sometimes make the films hard to view. Check out these 10 Hungarian films you need to watch.

In a country in which the refugee crisis is a controversial topic, this powerful film manages to present it in a sensitive, touching way. Focusing on the story of Wilson, a political refugee, the narrative follows his attempts to navigate Hungarian bureaucracy and pass the citizenship test. Alongside this is a love story which presents its own challenges, while the very real struggles of life as a refugee is a central theme. The actors chosen to play the lead roles are amateurs: Wilson is played by Dr. Cake-Baly Marcelo, originally a refugee from Bissau-Guinea and now a resident of Budapest. Directed by Roland Vranik, the film challenges common prejudices and asks the audience to view a situation often given a negative representation in Hungarian media, in a different way.

The winner of the 2016 Oscar for Best Foreign Language Film, this is a devastating account of life in Auschwitz-Birkenau, one of the most notorious Nazi concentration camps. Son of Saul closely, and almost exclusively, follows the experience of Hungarian-Jewish Saul Auslander. A member of the Sonderkommando (a unit of prisoners forced to work for the Nazis within the camp), he witnesses a young boy being smothered after surviving the gas chambers and, convinced it is his son, sets out to give the child a proper burial. Stark and brutal, director László Nemes does not shy away from presenting the brutalities of the camp in a realist style. The result is a film which will haunt you long after the credits finally roll.

Receiving positive acclaim from critics across the world, Hungarian director Béla Tarr’s seven hour masterpiece is set after the fall of Communism. Based on the novel of the same name, by author László Krasznahorkai, the film was released in 1994 however its concept was created well before the 1989 collapse of the Soviet Union. The events unfold in episodic form, with focus on the actions of those living in a small Hungarian village after the fall of Communism. Filmed in black and white, there are plenty of long shots and the action is slow to unfold, but the beauty of the film is reason enough to watch this cult classic.

This emotive movie from renowned Hungarian director István Szabó is filmed in English, making it a slightly easier watch – although the devastating subject matter suggests otherwise. Set throughout the late 19th to early 20th century, the award winning film follows Jewish-Hungarian family the Sonnenscheins through three generations: from financial success through persecution during the Holocaust, to the effects of the 1956 revolution.

Filmed in 1969 and directed by Péter Bacsó, this satirical film did not receive its Hungarian release until over 10 years later due to censorship from the Communist party, at which the movie pokes fun. Dike-keeper József Pelikán is caught committing a minor crime: instead of being punished, he finds himself inexplicably rising through the ranks of the regime. The film mocks the inefficiency and incompetence of the Communist administration and is today a cult classic in its native Hungary.

Set on the Budapest underground, this comic thriller directed by Nimród Antal focuses on ticket inspector Bulcsú and his team as they go about their daily job, which consists of abuse from passengers and fare dodging commuters. Romance comes in the form of a potential relationship between Bulcsú and the quirky Zsófi, who may be able to tempt the ticket inspector to leave the underground for the first time since he began working there. Meanwhile, a spate of suspected suicides on the tracks are revealed in fact to be murders providing a mystery needing to be solved.

An Oscar winning short film directed by Kristóf Deák, this charming tale tells the story of a young girl named Zsófi who, having moved to a new school, joins the choir. Inspired by a true story, the narrative takes place during 1991 and follows the award winning choir as the surprising secret to their success is discovered. A heart warming film, the ending will remind you that true friendship and courage can be found in any situation.

Set during the first half of the 20th century, having worked without success for years, aspiring actor Hendrik Höfgen is tempted by the promise of fame and fortune offered by the Nazi party and agrees to their offer to further his career. Overlooking the horror inflicted by the regime, he continues to work with the Nazis in order to achieve his ultimate goal: to play the part of Mephisto. Directed by István Szabó, the film considers themes such as morality and won the Academy Award for Best Foreign Language Film, making it the first Hungarian film to do so.

The final film from one of Hungary’s most renowned directors, Béla Tarr’s last work is a critically acclaimed tale of daily life in the countryside. The film opens with philosopher Friedrich Nietzsche witnessing a horse being whipped in Turin: he throws his arms around the horse, falls to the ground weeping and, days later, suffers a mental breakdown which leaves him speechless and unable to care for himself for the next decade until his death. The rest of the narrative follows the story of the horse and its family, as they struggle through daily life, while Tarr’s signature style means plenty of long shots and a sombre tone.

This classic work from Hungarian director Miklós Jancsó was released a decade after the 1956 revolution, and while the subject matter is not directly related, there are those who suggest it offers a criticism of the clampdown which followed. The action focuses on a failed uprising led by Lajos Kossuth against Austrian rule, and the brutal round up of rebels in the aftermath.