The Top 10 Things to Do and See in Szeged

Szeged Cathedral |© Pixabay
A lively social scene, beautiful architectural masterpieces, outdoor terraces and cafés and a relaxed vibe all contribute to Szeged’s popularity as a destination. A vibrant student city, there’s plenty to see and do in this southern Hungarian metropolis – join us as we take a look at 10 sights to put on your itinerary.

Visit one of the city’s squares

Szeged is home to some beautiful outdoor spaces, and its squares are often buzzing with students, locals and visitors enjoying the stunning architecture and chilled out atmosphere. Many argue that Dóm tér is the city’s most beautiful square, surrounded as it is by iconic buildings such as the Votive Church and Dömötör Tower (the oldest building in Szeged). Every summer, the square also plays host to the Szeged Open-Air Festival which is a theatrical and operatic extravaganza.

Other squares of note in the city include the vast Széchenyi tér, a popular park which often features events and festivals; and Dugonics tér, which has a musical fountain and is well loved by students thanks to its proximity to the city’s main university building.

Zoo
Add to Plan
Since opening its doors in 1989, Szeged’s zoo has gone on to become the largest in Hungary, covering 106 acres and housing over 200 different species. Large enclosures are climate controlled and kept as natural as possible, providing a great environment in which to visit and learn more about the animals who live in the zoo – including a number of endangered species. Educational programs, feeding shows and a petting zoo are just some of the activities to be enjoyed here. With a focus on wildlife conservation, the zoo also operates a rescue centre at which injured, orphaned or illegally smuggled animals are treated and cared for.
More Info
Open In Google Maps
90 Szél utca, Látogatói bejárat: Szeged, 6725, Hungary
+3662542530
Visit website

Jewish Hungarian architect Lipót Baumhorn designed this stunning Art Nouveau Synagogue in 1903; construction was completed in 1907 and the synagogue opened its doors to the city’s Jewish community that very year. Today, it is the second largest synagogue in Hungary and the fourth largest in the world. The work of Hungarian glass artist Miksa Róth adorns the great dome as well as the synagogue’s stained glass windows and the building is known for its intricate beauty, making it a must see in Szeged. 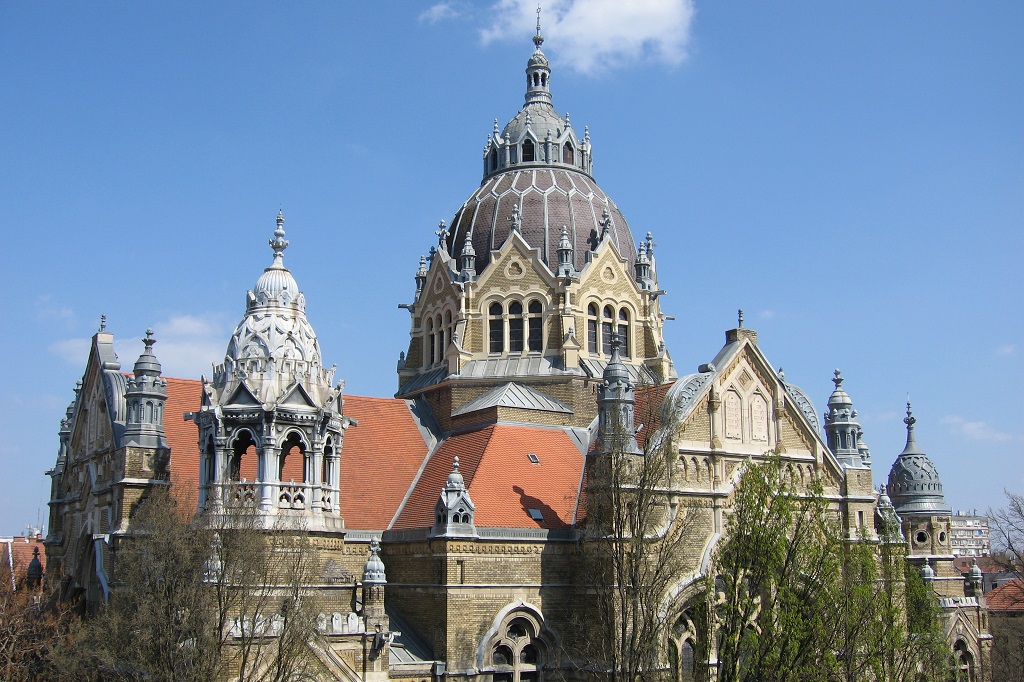 Take a walk down Kárász u.

Running from Széchenyi tér to Dugonics tér, a walk down this charming pedestrianised street reveals an abundance of cafés, outdoor terraces and shops. A bustling thoroughfare of social activity, the street is lined with beautifully renovated, colorful buildings and is the perfect place for a spot of people watching over a coffee.

This striking building is worth a visit both for its stunning architecture, for which Hungarian architect Ede Magyar (also known as the Hungarian Gaudí) is to thank, and for its function as home to the Regional Arts Centre. Built in the Art Nouveau style in 1907, the building was originally used for residential purposes. Today, it plays host to art exhibitions, musical performances and cultural events while both locally and internationally renowned artists have been featured here, including Picasso and Rembrandt. 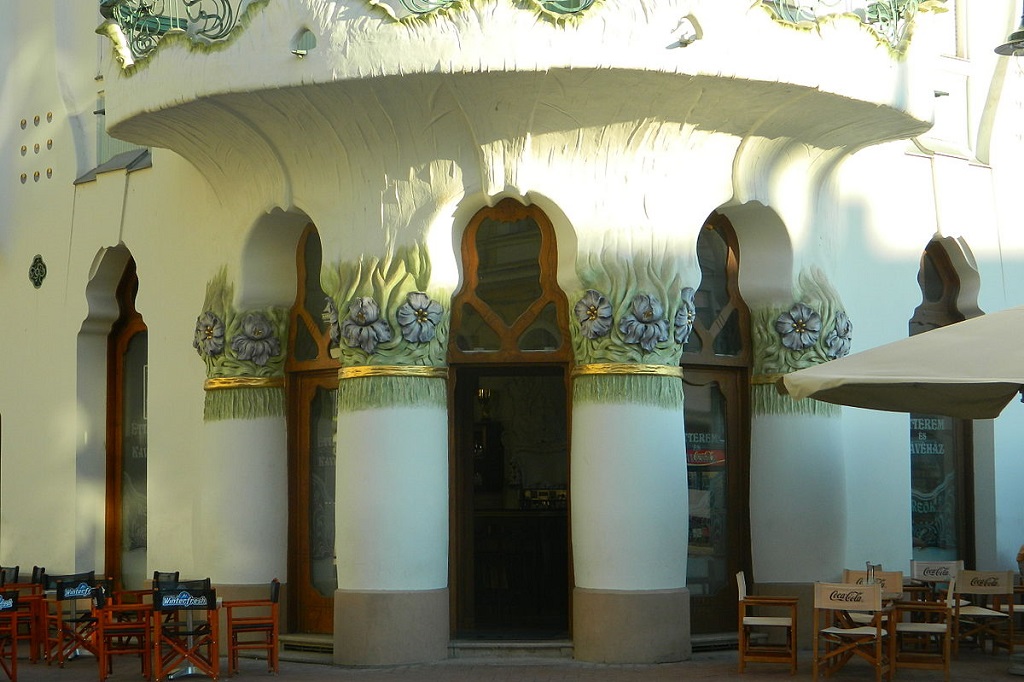 The foundations of Szeged’s botanical garden, maintained by the University of Szeged, were first laid in 1922 with plants collected by the University’s founding director István Gyorffy. Over the years which followed, different elements were added. In 1929 – 30, the first greenhouse appeared, while in 1931 the garden got its first lake. Now, the 24 acre oasis is an important centre for environmental education and conservation – both for the university and those who visit. A diverse collection of flora and fauna await, with over 40 protected species on show, and every year, in celebration of the Indian Lotus coming into bloom, the popular Lotus Days Festival is held. A number of garden animals, such as birds and butterflies, can also be seen in this peaceful, relaxing haven. 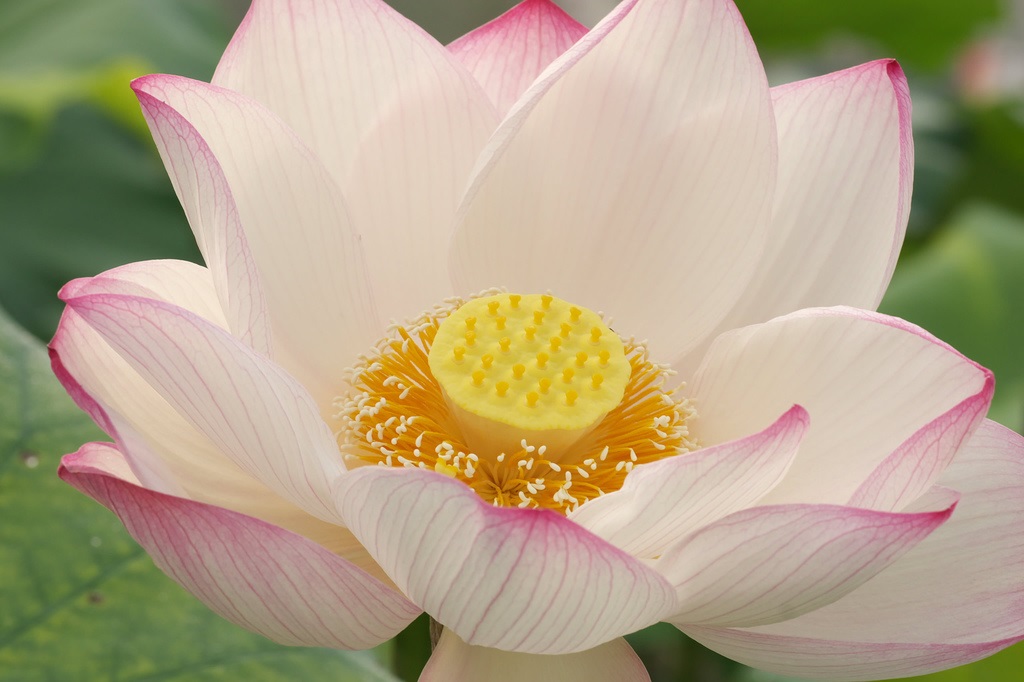 Since it was built in 1904, Szeged’s water tower has been serving the city and continues to do so to this day. It is the oldest reinforced concrete water tower in Hungary to still be in operation. Thanks to its functional purpose, the tower is open on a limited number of days throughout the year and if you’re lucky enough to be in the city for the occasion, it’s well worth a visit. A climb to the top of the water tower reveals beautiful views over Szeged while there are also exhibitions inside for those who want to learn more about its history.

The tower is open on the first Saturday of the month, between April – October from 10am – 4pm.

Founded in 1883 and opened in 1896, the Palace of Culture (as it is also known) houses a number of permanent and temporary collections of works relating to natural sciences, art, traditional trades and more. The building itself was constructed in the neoclassical style and is named after Móra Ferenc, who was the museums director between 1917 – 1934. Visitors can check out permanent exhibitions such as “We have only one Earth”, which focuses on natural history, and The History of Paprika, Hungary’s favourite spice. Temporary exhibitions have featured works from artists such as Hungarian painter Mihály Munkácsy and Hungarian-French artist Victor Vasarely. 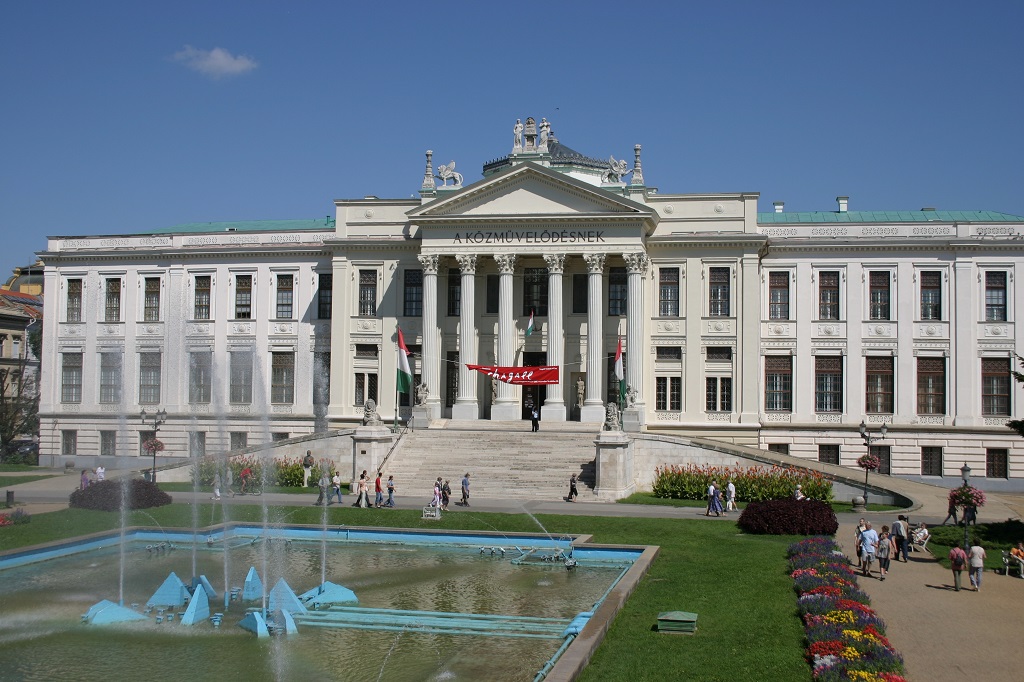 Between 1728 – 1729, complaints of drought and famine in Szeged led the authorities to lay blame at the feet of suspected witches in order to pacify the population. The result was the largest witch hunt in Hungary’s history and a round of public executions, with between 12 – 14 people burnt at the stake on the Boszorkánysziget peninsula of the Tisza river (also known as the Island of Witches). Today the island is a popular place to take a walk or bike ride, with a hauntingly fascinating history.

The Votive Church of Szeged

In 1879, a great flood wiped away many of Szeged’s buildings, wreaking destruction on the city. As a result, the city vowed to create a Catholic Cathedral and in 1913, construction of the Votive Church of Szeged began. A winning design was selected from 35 entries and the church stands on the grounds of what used to be the medieval St Demeter Church, whose Dömötör Tower can still be seen today. The interior of the cathedral is open to visitors, and its tower can be climbed for stunning panoramic views over Szeged. 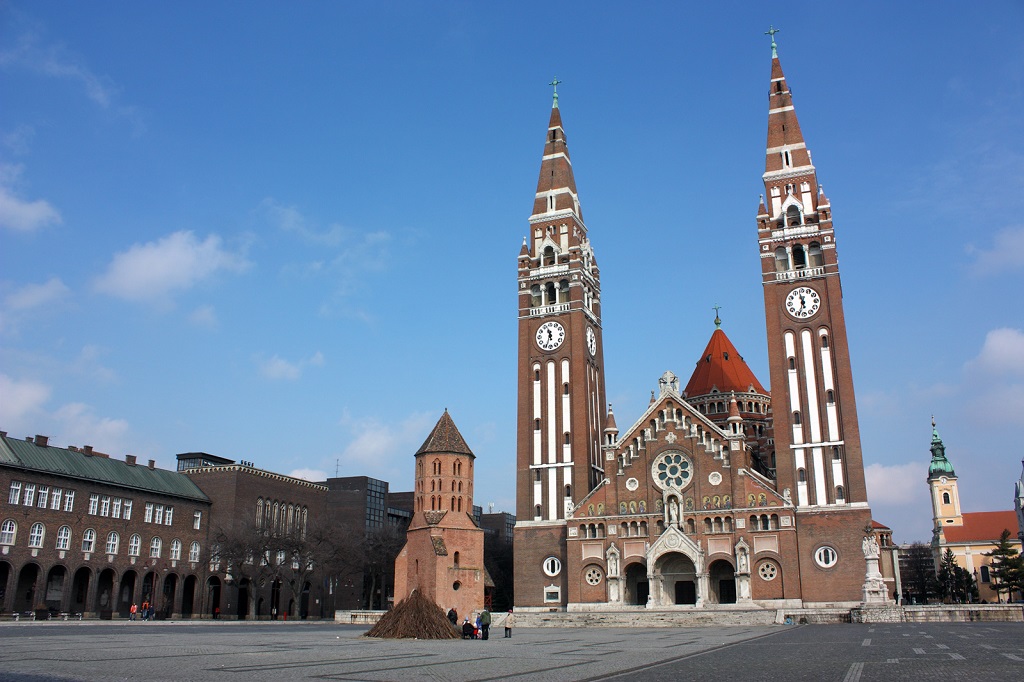