Top 10 Things To Do And See In Budapest

Hungary’s beautiful capital Budapest, an increasingly popular destination, is the largest city in the country and its cultural and historical center. Originally a Celtic settlement, Budapest has renowned landmarks scattered throughout its two parts, Buda and Pest, originally two different towns. Find out about the top things to do in Budapest. 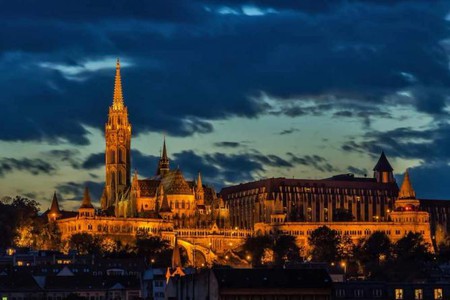 Castle Hill, a plateau overlooking the Danube, is Budapest’s principal sight, a UNESCO World Heritage Site concentrating the city’s best medieval architecture, cobblestone streets, Baroque houses, and museums, among others. The best option is to just wander around, taking in this beautiful area at your own pace, but absolutely do not miss Trinity Square, Matthias Church—one of the oldest buildings in Buda—and the neo-classical Fishermen’s Bastion (Halászbástya), which has some of the city’s best views. Almost every house on Castle Hill is worth looking at: for example, no. 18, 20, and 22 Országház Street are from the 14th century while 31 Úri Street dates back to the 15th century. 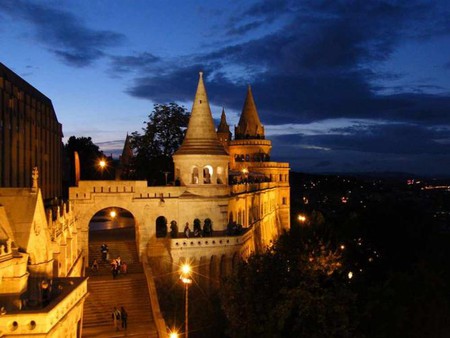 The Parliament building is only about 100 years old but it has already become Budapest’s most iconic landmark. This magnificent Neo-Gothic building was fully completed in 1902, the result of an architecture competition that also yielded two other buildings now standing opposite the Parliament, the Museum of Ethnography and the Ministry of Agriculture. Visitors can go on a 45-minute guided tour when the Assembly is not in session, taking them through the main entrance hall, one of the lobbies, the House of Lords, and letting them catch a glimpse of the crown jewels.

Budapest is one of the few places in Europe with traditional Turkish baths and thermal baths dating back to the 16th century. Hungary’s history of thermal baths goes back even further: the Romans colonized the area so that they could take advantage of the thermal springs. The baths for that era aren’t in use anymore but their ruins are visible. To take a dip, there are several options: Rudas, centrally located, is one the most famous, thanks to its outstanding Turkish architecture, as is the Gellért bath, the most photographed spa in Hungary. Another popular bath is Veli Bej, also known as the Császár Baths. 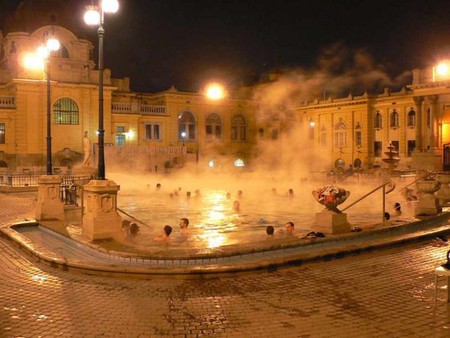 Go To a Ruin Bar

The most famous aspect of Budapest’s nightlife is its ‘ruin bars’, so called because they are built in derelict buildings. There are no signs indicating where these bars are and the buildings look like any residential home in the area but those who know which courtyard to walk into will find themselves suddenly surrounded by eclectic mixes of vintage furniture, walls full of more or less successful artistic endeavors, and an overall lively, artsy vibe that has been all the rage for over a decade. The original ruin bar, and still the most popular, is Szimpla Kert, while locals will also point to the unpretentious Udvar Rom. 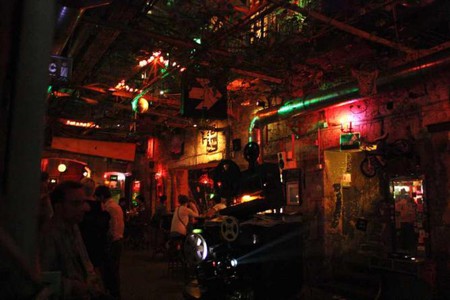 Hungary has a wine-making history dating back to Roman times, if not even earlier. Today, wine regions are strictly regulated by the government, with the most famous and prestigious one is Tokaj, notable for dessert wines known as Aszú. Very little wine is produced in Budapest but it’s an ideal starting point in discovering the country’s viticulture. There are wine bars offering large selections of local wines, like Faust Wine Cellar, and wine-tasting tours like the 3.5-hour-long Budapest Wine Tasting Tour in the labyrinthine wine cellar underneath Buda. 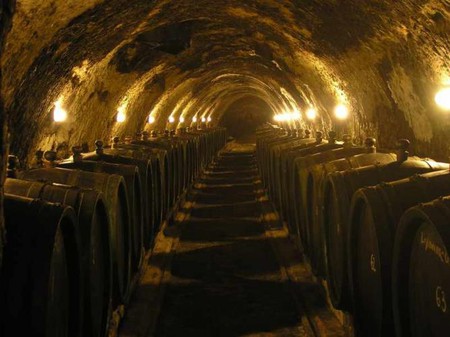 Even though most of the trendy ruin bars are in the seventh district, the eighth, also known as Józsefváros, is quickly becoming one of the most exciting areas in Budapest. Once a neighborhood locals and tourists knew to avoid, it has changed reputation little by little, with hip cafés and creative spaces testifying to the birth of a bohemian scene. This is particularly true along Krúdy Gyula street and Mikszáth Kálmán square. Sit down at Zappa Caffe during the day and admire the mural by French artist Jean-Michel Verret and come back at night to experience the local punk scene at its (literally) underground club, Trafik. The eighth district does have a few ruin bars as well, like Corvintető, where electro beats play all night long, or the ‘community space’ Müszi.

This is an architectural landmark of its own and deserves to be seen even by those who have no interests in shopping. The Central Market Hall, or Központi Vásárcsarnok, is favored by locals as a place to do their everyday shopping, but is also notable for its grand late nineteenth-century architecture and the sheer scale of it (10,000 square meters!). There are even activities, such as days specifically dedicated to a particular country’s cuisine, or guided tours, complete with food and wine tastings.

There’s more than just the Central Market Hall for a shopping spree in Budapest. From fresh food to bizarre antiques, this city’s markets have something for everyone. Flea markets sell just about anything and so are a great place to pick up an original souvenir. The biggest one is Ecseri, a little outside of the city center, and has moderately priced vintage furniture and Soviet memorabilia galore. There are also food markets selling fresh fruits, vegetables, bread, and other foodstuffs all year round: Belvárosi Piac and Hunyadi tér market in the sixth district, for example. Finally, for more high-end items, head to WAMP, the modern design fair held up to three times a month from March to October.

Take in the beautiful panorama from Gellért Hill

Gellért Hill is a high hill towering over the Danube at an altitude of 235 meters. It played an important role in Budapest’s history, first as a wine-producing area (though the vines unfortunately do not exist anymore), and later as a strategic military position. Now a wealthy residential area, it has been listed as part of the the ‘Banks of the Danube’ World Heritage Site since 1997. The main draw for visitors is the stunning panoramic view of the Danube and the entire city. 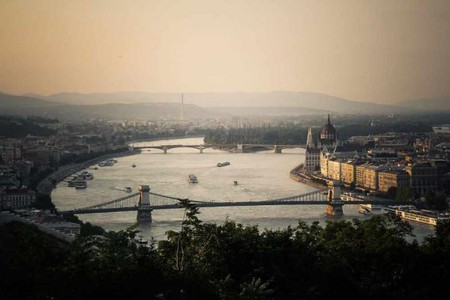 And now for something completely different…At this charmingly eccentric museum, for less than $10 visitors can learn about pinball and, more importantly (in our eyes at least) play it for as long as they want. There are 130 different pinball machines—old wooden ones, modern ones, science-fiction themed ones, among many, many others. The machines are grouped chronologically and by manufacturers, starting with a late nineteenth century version that barely looks like the game we know and love today, and progressing all the way until the present day. A great way to spend an afternoon with friends.