Budapest’s two banks are historically two cities, joined in the 19th century. The resulting city was almost called Pestbuda instead of Budapest, and this historical separation means that Buda and Pest have distinct identities. The former is hilly and home to grand residential areas and the beautiful Buda Castle, whereas the latter is larger, flatter, and a choice spot for partiers thanks to its trendy ruin bars. Read on for our top 10 things to see and do in Pest. 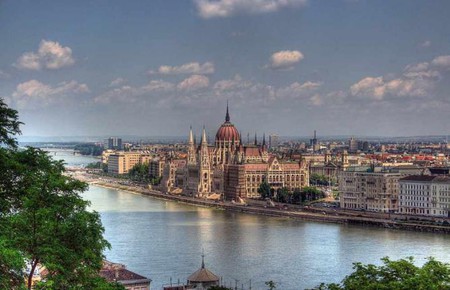 Budapest’s most emblematic building, sitting on the bank of the Danube, is open to visitors for a 45- to 50-minute visit at specific time slots every day, when the assembly is not in session. This magnificent Neo-Gothic building was completed at the turn of the 20th century, as the result of an architecture competition that also yielded the Museum of Ethnography and the Ministry of Agriculture, now standing opposite of it, in Buda. The tour shows the main staircase, one of the lobbies, the crown jewels in the Dome Hall, and Old Upper House Hall.

Szent István (Saint Stephen), often called ‘the Basilica’ due to its clerical status as a minor basilica, is the most important church in Hungary and the tallest in Budapest—as tall as the Parliament building. Designed by Miklós Ybl and József Hild at the end of the 19th century, it is shaped like a Greek cross, with two bell towers and a dome in the middle. One of the draws for tourists is the panoramic view, but the artworks the church is home to shouldn’t be overlooked, like mosaics by Károly Lotz, a monumental statue of Saint Stephen, and beautiful stained glass windows.

Have a swim in a thermal bath

One of the things Budapest is most famous for is its thermal baths. While Buda has the magnificent Gellért and Kiraly Baths, Pest can boast the more popular and less ruinous Széchenyi Baths, located in the beautiful City Park. There, visitors can swim in indoors and outdoors pool, admire the historical mosaics in the grandiose entrance hall, and even play chess in the water. The complex also includes saunas and steam. Also in Pest are the lesser-known Dagály Baths, with its ten pools of varied styles and temperatures. 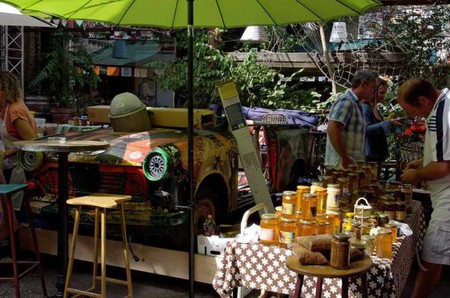 Go to a ruin bar

Budapest has become a favorite party spot recently thanks to the increasing proliferation of so-called ‘ruin bars’ (or ruin pubs) – that is, abandoned spaces turned into bars and clubs by locals with little more than second-hand furniture and a whole lot of creativity. This trend started in the seventh district but some of the most popular ruin bars, like Corvintető, are now in the eighth. Ruin bars have come a long way since the opening of Szimpla Kest, the very first one, and are now one of Budapest’s main attractions. 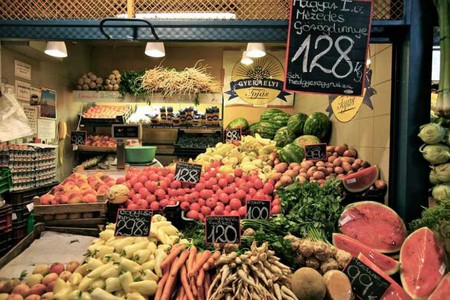 Shop at the Central Market Hall

The Central Market Hall (Központi Vásárcsarnok) is a monumental indoors market notable for its Neo-Gothic 19th-century architecture for being the perfect place to buy seasonal local products or exciting uncommon spices. However, as an architectural landmark, it deserves to be seen even by those who have no interests in shopping – there’s a good reason the market hall is one of Budapest’s top tourist attractions. There are even activities like monthly ‘national days’ featuring cultural events and food from various nations, as well as guided tours complete with food and wine tastings. 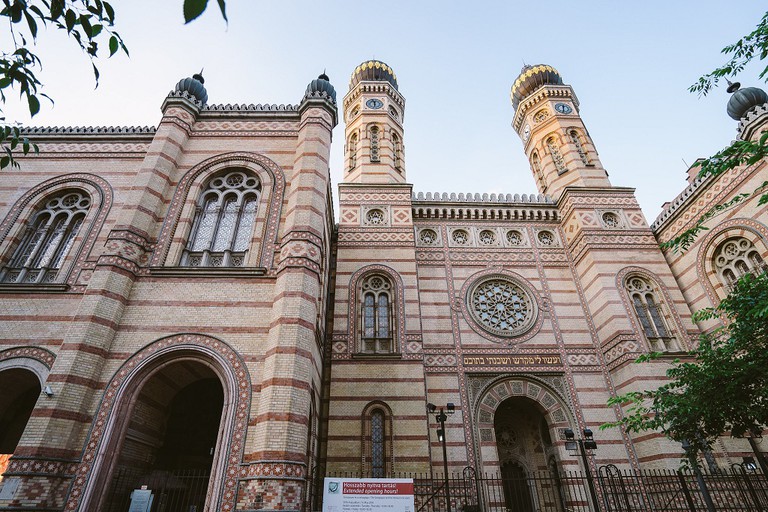 煙草街會堂 | © Wei-Te Wong / Flickr cc.
Book Now
The Dohány Street Synagogue, at the heart of Erzsébetváros, Budapest’s historically Jewish district, is the largest synagogue in Europe. It’s worth seeing for its impressive ‘Moorish’ architecture, contrasting sharply with the city’s typically European architecture and harking back to its Ottoman history. In addition to this beautiful building, the Dohány Street complex comprises a graveyard, the Heroes’ Temple, a memorial park and the Jewish Museum. The street itself is fraught with history and carries heavy connotations, as it used to be the border of the Budapest Ghetto during the Holocaust.
Open In Google Maps
2 Dohány utca, VII. kerület Budapest, 1074, Hungary
+3614131515
Visit Website
Visit Facebook page
Give us feedback

Situated in the City Park not far from the Szechenyi baths, Vajdahunyad Castle was built in 1896 for the Millennial Exhibition in Hungary. It’s actually an amalgam of 21 buildings, designed to showcase and celebrate Hungary’s different architectural styles. The most picturesque wing, and the one the castle takes its name from, is modeled after the Hunyad Castle in Transylvania (now in Romania). The structure was supposed to be destroyed after the exhibition but it proved so popular that the government decided to keep it. It’s also home to the Museum of Hungarian Agriculture.

Visit the House of Terror 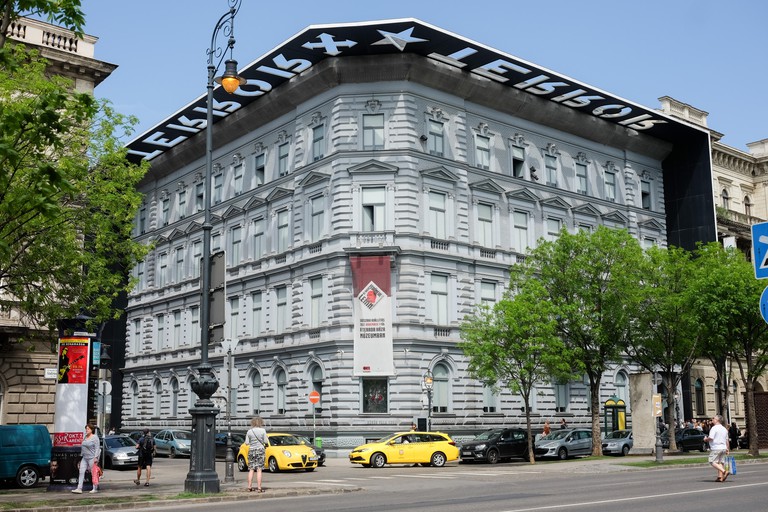 The House of Terror is set on Budapest’s Andrássy Avenue | © dpa picture alliance / Alamy Stock Photo
The House of Terror is a museum on Andrássy út, one of Budapest’s main shopping streets, that sheds light on Hungary’s 20th-century fascist and communist dictatorial regimes. It’s also a memorial to their victims. Walking through the museum, located in the former headquarters of the Nazi and later Soviet secret police, is an extremely powerful experience, enabling visitors to catch a glimpse of varied aspects of this dark period of history. There are, for example, rooms about life in the Gulag, Socialist Realist art and propaganda, and a basement where prisoners were tortured.
Open In Google Maps
60 Andrássy út, VI. kerület Budapest, 1062, Hungary
+3613742600
Visit Website
Give us feedback

Catch a show at the Hungarian State Opera House

Also on Andrássy út, Budapest’s neo-Renaissance Opera House is considered one of the finest in the world in terms of acoustics and architectural beauty. The best way to explore it is to attend a performance: get access not only to this beautiful building, but also to a cultural event. Designed by Miklós Ybl, a major figure in 19th-century architecture, the Hungarian State Opera House boasts a grandiose foyer and breathtaking frescoes. Some shows take place at the nearby Erkel Theater, so make sure to check the location before booking.

Hungarian cuisine has undergone a renaissance in recent years and Budapest is currently home to some of the best chefs in Eastern Europe. The Hungarian capital can thus offer visitors a novel culinary experience, which is innovative but draws on its very own cultural tradition that is unfamiliar to most travelers. It’s no secret that the city’s best restaurants are in Pest: three of its four Michelin-starred establishments are on the eastern side of the Danube, as well as countless less famous but delicious eateries. All in all, Pest is probably the best location to start exploring Hungarian gastronomy.