The Secrets Behind Budapest's Statues 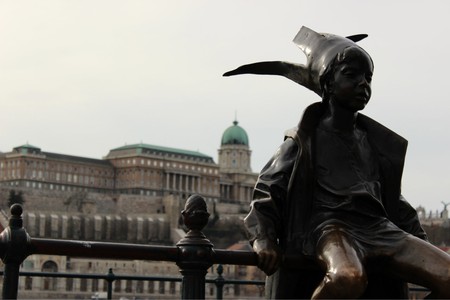 Dotted throughout Budapest are a number of interesting stone and copper statues, and while some are obvious about what they represent – grand historical figures at prominent landmarks, for example – there are others that have a more subtle story behind them. Discovering the secrets of these statues is a city tour all on its own. Start with this list to find out about Hungary and the history of Budapest.

It should be enough to celebrate TV’s greatest detective (and his dog), but there’s more to this pair located close to the National Comedy Theatre. The actor who played Columbo, Peter Falk, had Hungarian heritage; his mother was a Jewish Hungarian who moved to New York before the would-be star was born. 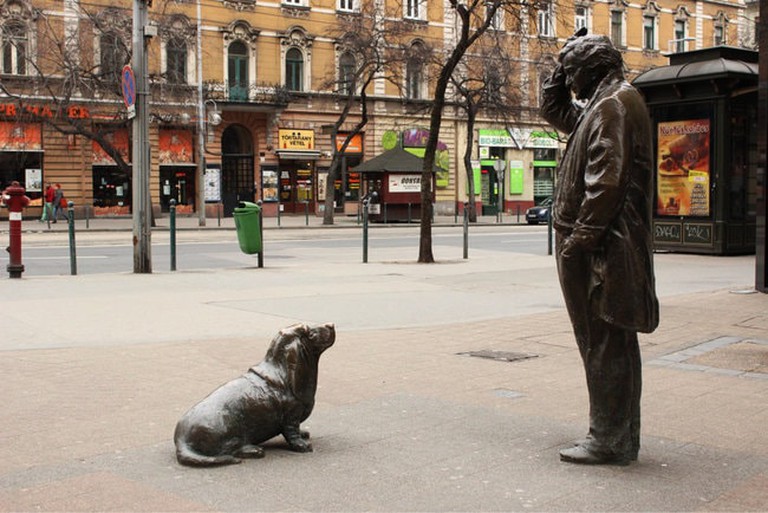 One of Hungary’s most significant prime ministers, Imre Nagy – here standing atop his own gnarled copper-wrought bridge – had a decisive role in the 1956 revolution against the Soviet Union. Though this would ultimately lead to his execution, it was the start of Hungary regaining control. Visitors will likely note his gaze, pointed eternally towards the Hungarian parliament and, as a metaphor, towards the country he loved. 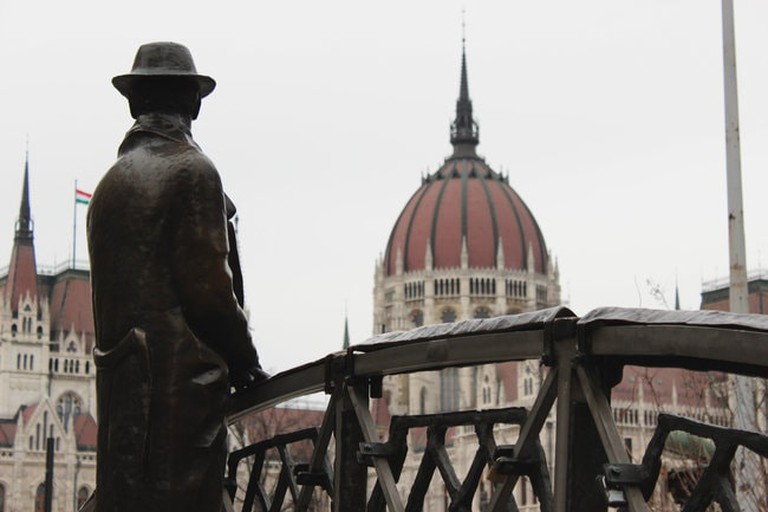 Not too far from Imre Nagy is a statue of US president Ronald Reagan, a stoic force against communism. He stands in Szabadság Tér (Freedom Square), a park that once housed statues of numerous historic Hungarians until the Soviets took control, removed those statues and built their own monument to their own fallen soldiers. Reagan was added years later to counterbalance the controversial Soviet star-topped obelisk, and his position looks as though he is set to march right through the stone monument, to the nearby US embassy. 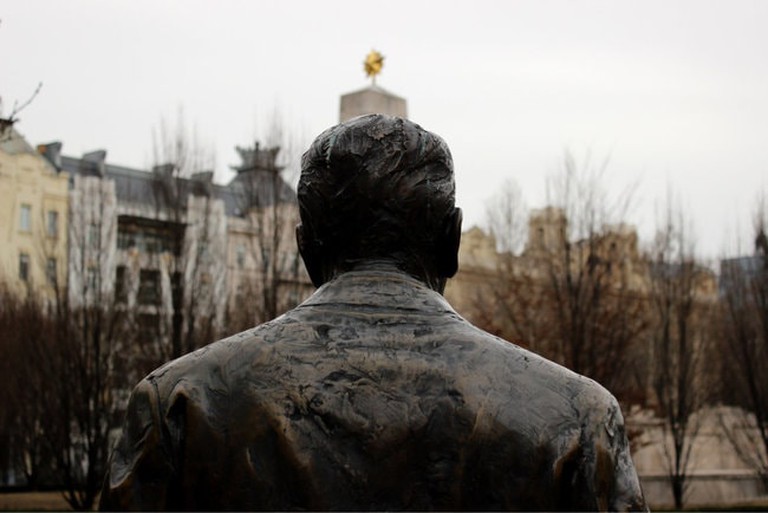 Ronald Reagan marches on to the US embassy | © Adam Barnes

Shoes on the Danube Bank

As another popular tourist destination thanks in part to its close proximity to the Hungarian Parliament, these ornate and eclectic bronze shoes on the Danube might seem quaint, but they have a sombre meaning – the sculptures of 60 pairs of iron shoes were created in memory of the many thousands of Jewish Hungarians who were shot by Budapest’s Arrow Cross militia, who shared Nazi ideologies, in the Second World War and then cast into the Danube.

It is said that patting this portly fellow’s belly will bring good luck, and since he’s located close to St Stephen’s Basilica, there’s a good number of tourists wanting to tap into his hopefully unending resource. Located on Zrinyi Street, the artist that created the statue modelled it on his grandfather who was a policeman and would wear this ceremonial outfit for parades and festivities. Sitting on his head is his ceremonial headgear, a ‘Zrinyi Helmet’, hence his position in the city. 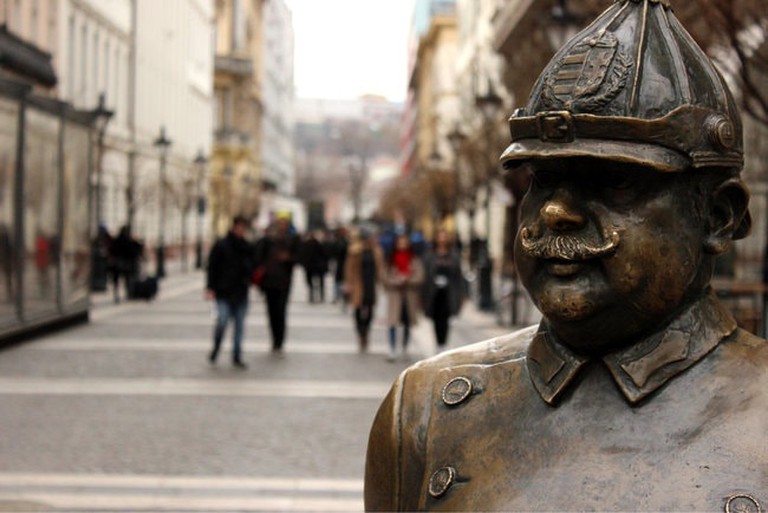 Sitting in a patch of greenery that matches his name is Széchenyi, a man commonly referred to, even today, as ‘the Greatest Hungarian’, a man so renowned that you’ll spot his name throughout the country on streets, plazas and buildings. Perhaps the most pertinent of his contributions to Hungary is his improvement of transportation in the city and, as a result, he was one of the key supporters who helped connect Buda and Pest via the now-iconic Széchenyi Bridge – the very same bridge his statue overlooks. 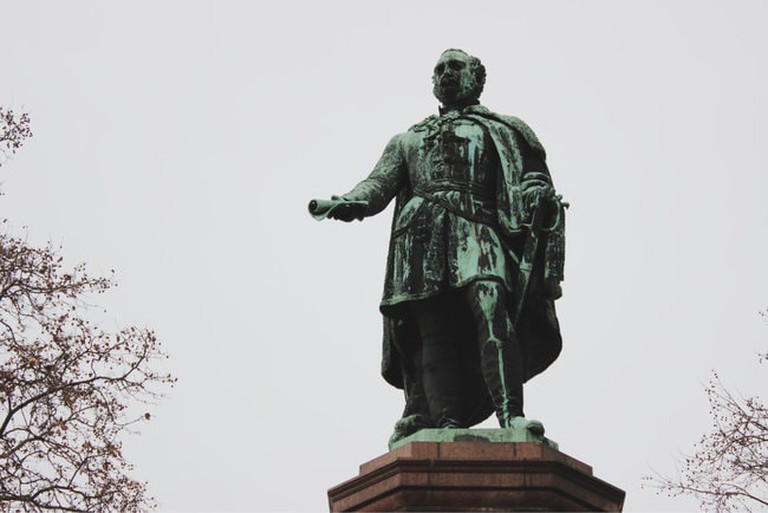 There’s a myth that says that the artist who designed and created these stone lions – two on either side of Széchenyi Bridge – was so intensely proud of his work that if anyone could find a fault with them, he claimed he would fling himself from the bridge. Legend has it that a child discovered the lions’ missing tongues and consequently the artist Marschalkó did throw himself from the top of the bridge to his death.

As romantic as the idea is, and as much as many Hungarians may still believe the legend, the truth is quite the opposite – the four lions actually do have tongues, they just can’t be seen from a pedestrian’s point of view. Marschalkó even went on to live into the 1870s, many years after the statue’s unveiling. 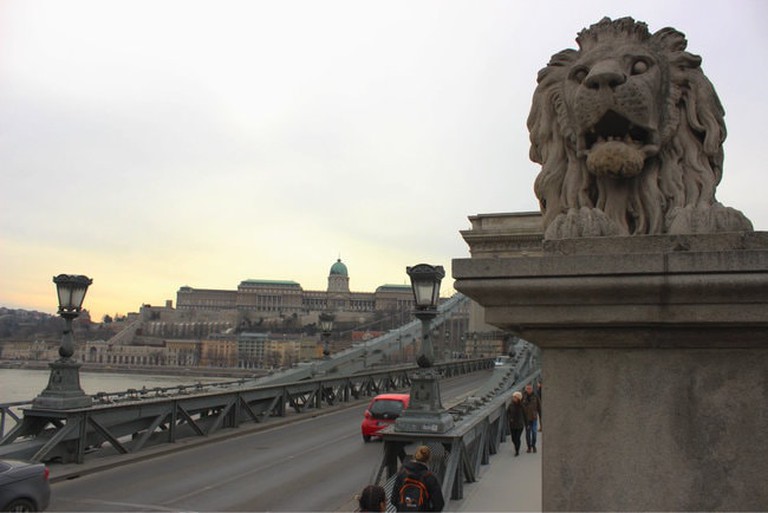 This destination is a favourite among tourists, as much for the statue as the locale, which is a pleasant pedestrianised area with a quaint park and a fantastic view over the Danube and Buda Castle in the distance. The artist who created the statue was inspired by his young daughter, who would wear his dressing gown as a robe and pretend to be a princess. 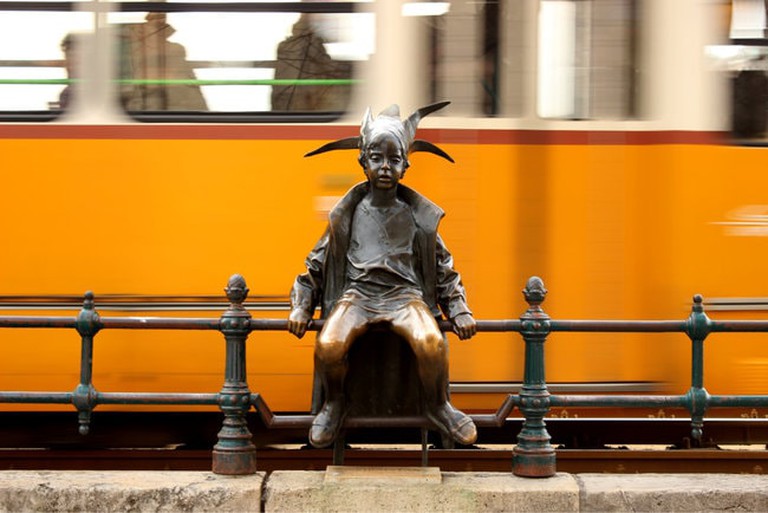 Tucked away near to Corvin Shopping Plaza is this set of statues, depicting a group of boys playing with marbles beside the school they attended. The statues are charming enough, but the trio actually represent the Pál utcai fiúk – the Paul Street Boys – a gang of kids and a hugely popular book of the same name by Hungarian author Ferenc Molnár, that tells the story of two groups of children who feud over a plot of abandoned land. It’s one of the more famous Hungarian classics, and is taught in elementary school. The scene these statues portray is one of the more memorable ones from the early stages of the book, where the threat to the boys’ turf is introduced.

If you’re a fan of football, then this statue which is located further out from the city in an area called Óbuda, may already come with some attachment. The hero kicking the ball is Ferenc Puskás, the most famous Hungarian footballer and one of the most accomplished within the sport itself. There’s even an annual award named after him that celebrates the footballer judged to have scored the most beautiful goal of the year.