Beyond the Ruin Bars: 8 Unusual Things To Do in Budapest 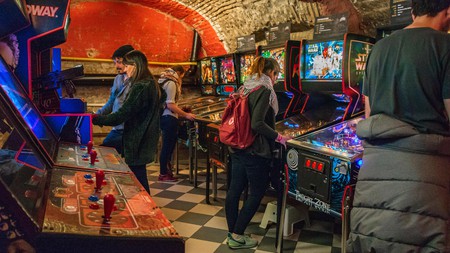 Beyond thermal baths and ruin bars, Budapest is packed with out-of-the-ordinary things to see and do.

Once you’ve admired Budapest’s Art Nouveau, Baroque and Neo-Gothic architecture, and ticked Buda Castle and Szimpla Kert off your list, the city offers up a host of unusual activities: an unexpected Michael Jackson memorial, a pinball museum, and even a railway run by children.

Dorottya Kovács, one member of the team behind Budapest’s intriguing Invisible Exhibition, shares her insider knowledge on the best unusual things to do in the Hungarian capital.

Get a fresh perspective at the Invisible Exhibition

“The Invisible Exhibition is a unique interactive journey into an invisible world, where you can attempt to orient yourself in complete darkness using only your sense of touch, sounds and scents to guide you,” Dorottya says. Guided by blind or visually impaired people, visitors can experience how it feels to live without their sense of sight, and discover how their other senses are enhanced in the process. Groups are led through six furnished rooms and prompted to carry out various tasks in imaginary scenarios, including crossing the road and paying for a cup of coffee. “While the exhibition sets out ambitious, educational and social goals, the experience is quite entertaining. All of our guides are dedicated and compassionate people with wonderful senses of humour,” Dorottya explains. “Tours are fun and informative, and visitors must learn to trust in an unfamiliar system, and in each other,” she adds.

If you’re planning on exploring the idyllic Buda Hills during your stay, why not do so on a miniature train operated by a twelve-year-old? Yes, you read that right – this Communist-era train line is staffed almost exclusively by children aged 10-14. Dating back to 1947, and inspired by the ‘Pioneer trains’ in the Soviet Union, the Gyermekvasút is the world’s largest children’s railway. The Children’s Railway runs from Széchenyi Hill to Hűvösvölgy, and runs through the hills of western Budapest, providing an impressive view of the city skyline and Danube River throughout the journey. If you’re a self-confessed sucker for a good view, and want to experience something a little out of the ordinary, you’d be silly to miss out on this one. 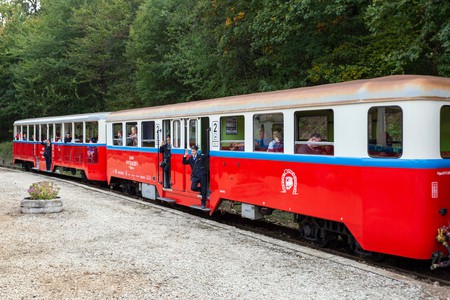 Situated in the city centre, on Erzsébet tér, the Michael Jackson Memorial is undoubtedly among Budapest’s more surprising monuments. Local fans of the late singer began decorating the tree with pictures, flowers and letters after his death in 2009. Although the location of the chosen tree may seem a bit obscure, there’s a reason why fans picked this one in particular to house their shrine. It stands opposite the luxurious Kempinski Hotel, where MJ would stay when he visited Budapest. 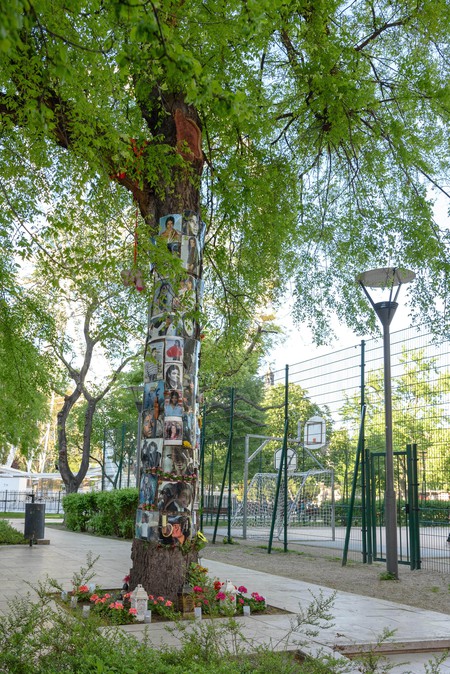 Dance your troubles away at Budapest’s infamous ‘sparty’

“There’s no other city with as many thermal spas as Budapest,” says Dorottya. If relaxing in a thermal spa and partying the night away sounds like a combination that’s right up your street, then the ‘sparty’ is a must-do. Taking place each Saturday night from February until December at the renowned Széchenyi Baths, a ‘sparty’ brings together lovers of nightlife from all over the world for a wild party in the city’s most popular thermal bath. A combination of upbeat dance, electronic and funk music, bedazzling light shows and a party location that’s as far away from the ‘norm’ as you can get, are just a few reasons why ‘sparties’ are a must-do when in Budapest.

Relive your childhood at the Pinball Museum

Ideal for lovers of classic arcade games, or simply for those who want to visit a museum that’s a bit out of the ordinary, the Pinball Museum is home to an impressive 130 pinball machines, the oldest dating back to the late 19th century. Visitors to this unique museum can play on the machines for as long as they like after paying a fee of just 3000 HUF (£7.60). 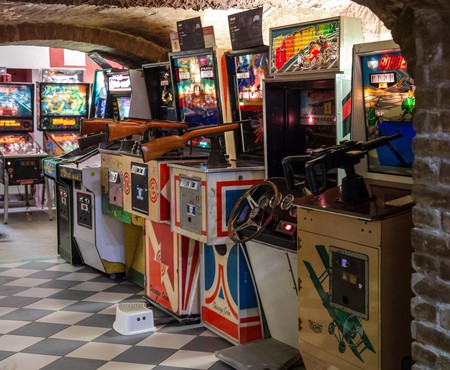 See where Count Dracula was imprisoned

Just a stone’s throw away from the endlessly popular tourist attractions that are the Fisherman’s Bastion and St Mateus Church is a small, relatively unimpressive door. Its unassuming position on a side street belies the scale of what hides behind: a sprawling complex of caves underneath Buda. Known as ‘Panoptikum’, this labyrinth is probably the spookiest of Budapest’s tourist attractions. With barely any lighting to lead the way, visitors have to navigate their own journey through the cave system, passing some eerie Phantom of the Opera-inspired mannequins on the way, to see where Count Dracula was – as legend would have it – held and tortured for 14 years. “Budapest is the definition of history. The streets, the buildings, everything. They can all tell stories about the city’s history,” Dorottya says – the city’s underground is no exception.

For those who want to get a real taste of Budapest’s storied history, a visit to The Hospital in the Rock Museum is essential. Although this extremely rare system of glacial caves, situated underneath Castle Hill in Buda, has been used by locals since the Middle Ages, it was the outbreak of WWII that saw the caves really come in handy, when a hospital was created in the caverns. The converted hospital had three wards and a modern operating theatre, and was used primarily to provide emergency treatment after the American air raids in 1944. “This attraction provides an exciting trip into the past,” Dorottya says. “The wards, contemporary devices and wax figures show how the people of Budapest were healed in the Second World War and the revolution of 1956,” she adds. 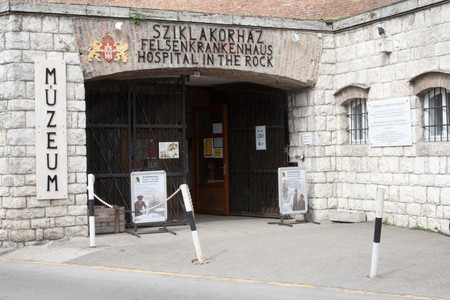 Whether you’re the ultimate foodie and love to cook, or you’re just seeking an alternative restaurant experience, Budapest Makery is definitely one for the bucket list. Upon arrival, visitors are greeted with an interactive tablet menu, from which they can choose the main course they’d like to eat. Staff then bring the ingredients – which have been cleaned, chopped and separated into small bowls – to your own kitchen station. It’s then your job to follow the step-by-step cookery lesson taught via video on the tablet, using the state-of-the-art ovens and hobs at your station. Perfect for having fun with friends, bonding with your significant other, or for meeting new people as a solo traveller, this unique experience is as formative as it is tasty.