The Most Spectacular Places to Cycle in Hungary 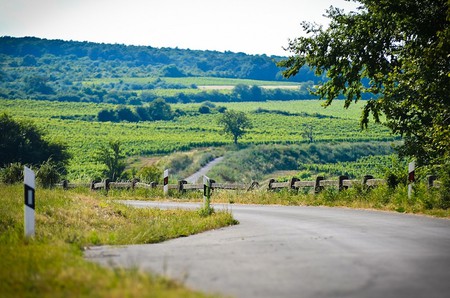 With a combination of flat and hilly terrain, stunning scenery, and plenty cultural sites to visit, Hungary is a cyclist’s dream. The growing popularity of traveling by bike means new routes are appearing across the country on a regular basis – check out these awesome places to explore on two wheels.

The largest lake in central Europe is also a top destination for cyclists, with its stunning views and numerous opportunities to stop along the way. A cycling route runs around its perimeter, totaling a distance of approximately 200km. Those looking for a shorter route can cycle between towns, stopping to visit destinations such as Tihany, Balatonfured, and Siofok. During the summer, the lake and its surrounding areas come alive as Hungarians flock to the region to enjoy water sports, sunbathing, and camping on the lake’s shores. 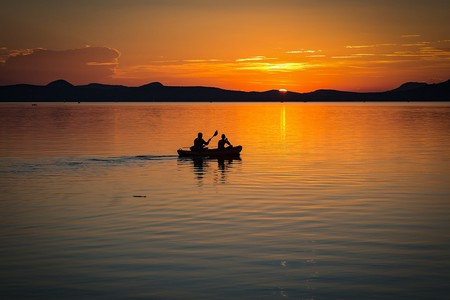 A network of 15 long-distance bicycle routes throughout Europe, the European Cycle Route Network (EuroVelo) offers dedicated cycling paths that are safe and easy to navigate. There are currently three trails running through Hungary, linking a number of towns and cities across the country.

EuroVelo 6
Connecting Rajka with Mohács via the Danube, this route offers cyclists the chance to explore a number of cultural sites such as the fortresses of Komárom and Komarno. It also runs through Budapest, which is a great start or end point, or simply a stop along the way! 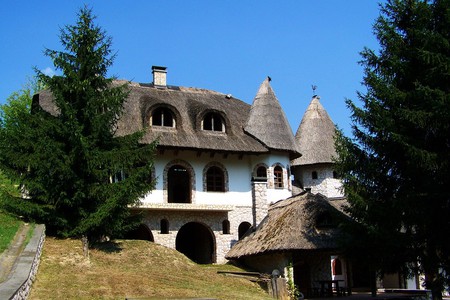 EuroVelo 11
Running from the village of Tornyosnémeti on the Slovakian border, to the city of Szeged in the south, this route takes cyclists along the Tisza River through a landscape rich in wildlife (nature lovers can go birdwatching over Lake Tisza or take a canoe trip down the river) and passes through the wine region of Tokaj which is well worth a stop for its stunning scenery and the chance to enjoy a local wine tasting session. 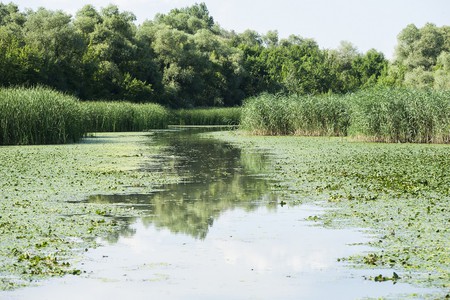 EuroVelo 13
Also called the “Iron Curtain Trail,” this route takes cyclists past a number of countries that fell under Communist rule during the 20th century. The borders of Austria, Romania, Serbia, Croatia, and Slovenia are all points along the trail, while the route also runs through the charming Hungarian countryside, passing through a selection of small towns and villages along the way. From Sopron in the north to Mohács and Szeged in the south, this is a scenic route which also touches upon Hungary’s Communist past. 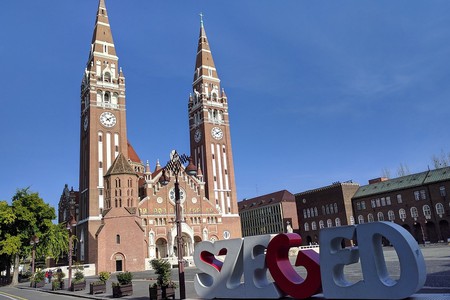 Not far from Budapest, this sharp bend in the Danube is aptly called the Danube Bend and comprises a number of stunning historic towns, including Esztergom and Visegrad. One popular cycling route originates in the Hungarian capital: running for approximately 75km, the trail takes cyclists from Budapest to Visegrad. Along the way, stop off at Szentendre, which enjoys a reputation as one of Hungary’s prime destinations for art lovers. 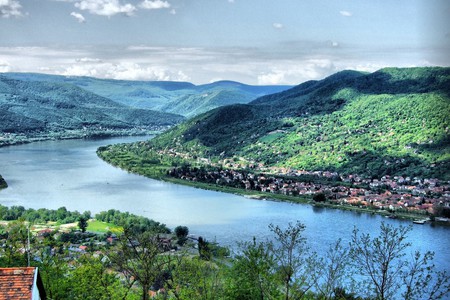 Known as the little brother of Lake Balaton, Hungary’s second largest natural lake is not only a popular destination in summer for locals but also one of the country’s most stunning places to go cycling. There’s a 30km trail that runs around the lake itself over flat terrain, making this an easy and enjoyable route – especially during the warmer temperatures of spring and summer, when stops can be made along the way to relax on the lake’s shores.

#lakevelence #boat in the #ice

Over the past few years, Budapest has become increasingly bike-friendly thanks to the addition of new cycling lanes and the introduction of the MOL Bubi scheme, allowing cyclists to temporarily rent a bike from a number of self-service stations. In the city center, a cycling lane along Andrassy Avenue lets riders take in a sightseeing tour of the city, while Margaret Island is also a great choice for an easy, scenic, and centrally located bike ride.

For those who want a little more of a challenge, heading into the Buda hills is a great choice. Bike up Janos Hill for a steep incline before continuing into the hills for hillier terrain and an off-road adventure. 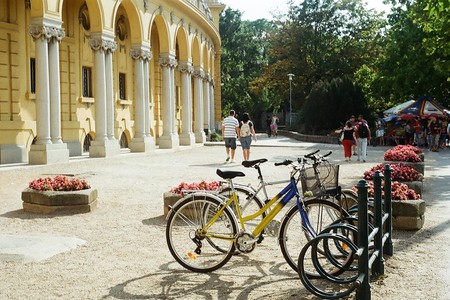 Aside from following the rules of the road while cycling in Hungary, there are a few key bike safety items you’re legally required to have: