The Most Beautiful Castles In Hungary

Hungary is well known for its magnificent nature and stunning architecture. The country is home to roughly a hundred castles, most of which are situated in spectacular scenery and have exciting stories to tell. Needless to say it’s hard to visit them all, so if you have to pick only a few, this guide is here to help. Check out some of the most beautiful Hungarian castles. 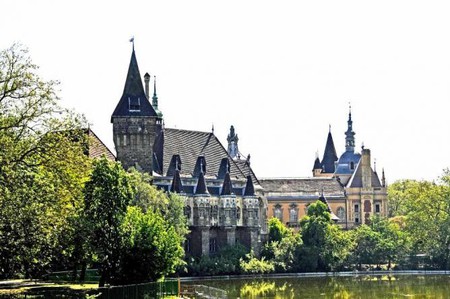 Situated in Budapest, Vajdahunyad Castle is one of the most romantic castles in the country. It is located by the lake in the City Park of Budapest and surrounded by lush greenery. The castle, despite looking many hundreds of years old, was built relatively recently, in 1896, and is a sort of a fantasy pastiche showcasing the architectural evolution through the centuries in Hungary. The architectural styles of the buildings range from the Middle Ages to the 18th century: namely Romanesque, Gothic Renaissance, and Baroque. The castle is also home to several festivals, occasional concerts and the exhibitions of the Hungarian Agricultural Museum. 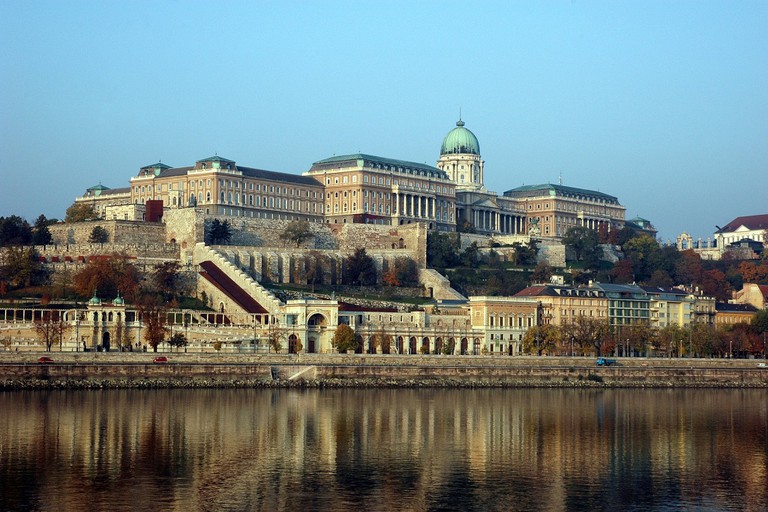 Buda Castle / Pixabay
Book Now
Buda Castle is the historical castle and palace complex of the Hungarian kings in Budapest, completed in 1265. It is also sometimes referred to as the Royal Palace and the Royal Castle. The castle is situated on the southern tip of the Castle Hill, circled on the north by what is known as the Castle District, famous for its Medieval, Baroque, and 19th-century houses, churches, and public buildings. The castle is on the UNESCO’s World Heritage list for a reason – it might just feature the best combination of water, hills and architecture in any capital city of the world. Today, Buda Castle is home to the Hungarian National Gallery, the Budapest History Museum and the National Library. Other attractions include the Lion Courtyard, the Matthias Well with a bronze statue of King Matthias, and the statue of the Turul Bird, the mythological bird of the Magyars. Check out the castle district at night when it’s all lit up – the scene is magical.
Open In Google Maps
2 Szent György tér, I. kerület Budapest, 1014, Hungary
+3614583000
Visit Website
Give us feedback

Visegrád Citadel, known as the castle in which King Charles I of Hungary settled in, is also the location where the peace treaty between Hungary and Poland was signed in 1335. Completed in 1259, it was the repository for the Hungarian crown jewels until 1440. The citadel is situated on a 350-meter-tall hill, surrounded by moats hewn from solid rock. There’s a small exposition of figurative art in the residential rooms on the west side of the citadel, and two smaller displays near the east gate that tell the history of hunting, falconry and traditional occupations like stone-cutting and beekeeping in the region. From the top of the citadel, fantastic views of Börzsöny Hills and the great curve of Danube River are revealed to the spectator’s eye.

The Castle of Eger

The Castle of Eger was erected in the 13th century after the Mongol invasion. There are many attractions to see within it such as István Dobó Museum explaining the history of the castle, the Eger Art Gallery on the northwestern side which includes works by Canaletto and Ceruti, and casemates hewn from solid rock beneath the castle that are open to visitors too. The terrace of the renovated Dobó Bastion offers stunning views of the town of Eger and surrounding grounds. There are also some slightly different activities available, such as a visit to the Panoptikum (wax museum) and a 3D cinema. Alternatively, visitors can just wander around the beautiful castle grounds enjoying the refreshing country air and natural scenery.

Bory Castle, situated in the city of Szekesfehervar, has a very peculiar structure and is certainly the highlight of the city. It is one of the two self-built castles in Hungary. The special architectural feature of the castle is that it is made of concrete. The building features a range of architectural styles, from Scottish to Romanesque and Gothic. This fairytale-like castle was constructed by the 20th-century architect and sculptor Jenő Bory with the help of his students over a period of 36 years as a symbol of his eternal love for his wife, the painter Ilona Komocsin. Visitors can freely climb the towers of the castle and walk among the sculptures in the garden, all created by Bory. A studio, an art gallery and a flat of the artist couple are also located in the castle buildings. Besides their own creations, works by other Hungarian artists like János Fadrusz, Aladár Körösfői-Kriesch and István Csók are also on permanent display in the castle’s gallery.

Situated in the city of Esztergom in the North of Hungary, this stunning Neoclassical castle and basilica complex is certainly a must-visit. Esztergom was the capital of Hungary from the 10th until the mid-13th century and still has retained much of its royal dignity. The highlight of the castle complex is the largest Roman Catholic building in the country and the 18th largest in the world: the Esztergom Basilica. Inside the Basilica, visitors will find the world’s largest altarpiece (13.5 × 6.6 metres) made by Grigoletto. It is painted on a single canvas and depicts the ascension of Madonna. Organ and choir concerts that take place within the castle are a popular visitor attraction in Esztergom.