The Hungarian Folk Tale About The Blood-Sucking 'Miracle Chicken' 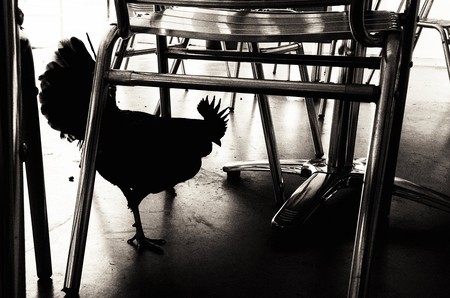 In Hungarian folklore, an ominous creature exists which can take on three forms. So fearful its name provides the source for the word “lidércnyomás“, which means nightmare in Hungarian, the creature works under pretext of love yet in reality, causes sickness and ill health. The creature’s name is Lidérc, and one of its most common forms is a blood sucking miracle chicken.

A creature which brings misfortune to all those afflicted with its presence, each form of the Lidérc brings with it a different type of curse which can be repelled in different ways – however it’s not uncommon for each to borrow characteristics from the others. One form is a tiny devil, one a Satantic lover, and one – the most traditional – is a blood sucking miracle chicken.

This chicken, or csodacsirke in Hungarian, can be born in a number of ways, however the common theme is that it comes from a black hen’s first egg (which could explain why this form of the Lidérc also takes the shape of a black chicken). As is often the case in folklore, there are a number of alternative options: some say an incredibly small black hen’s egg, or one which has been placed in a pile of manure, can hatch into a Lidérc.

There are various versions of the ways in which a Lidérc asserts is presence: the most popular and well known is that it takes the form of a human lover, however instead of bringing joy it brings sickness and death by attaching itself to the human, sucking their blood and suffocating them with an oppressive love. 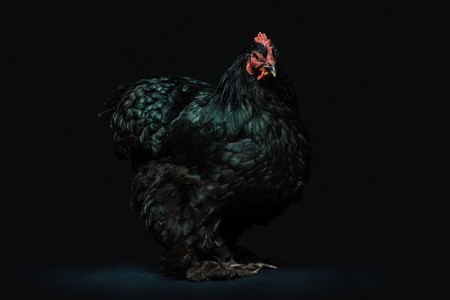 Others believe that the Lidérc completes numerous tasks for its human; so many, that its unrelenting enthusiasm and persistence begin to become unbearable. The Lidérc is also able to bring great wealth to its owners, however when balanced against its potentially deadly qualities this isn’t reason enough for its presence to be desirable!

Thanks to the Lidérc’s bothersome nature and ability to bring sickness and death to its owners, it may come as no surprise that many hope to find out how to get rid of it. While its vampiric qualities have led some to hang garlic at their door, once the Lidérc has arrived there are a few ways to banish it for good. One option is to give the Lidérc a task so impossible that it becomes frustrated and dies; another is to lock it into a tree hollow.

Other forms of the Lidérc include a small devil, which takes possession of its owner’s soul, in return they are able to achieve amazing things and amass great wealth having sold their soul to the devil. Alternatively, the Lidérc can take the form of a deceased loved one; this form of the Liderc causes sickness and can be kept away by burning incense to repel it.

The Lidérc holds a popular place in literature and film, with a number of works mentioning it in one of its different forms. Whatever form it takes, its fearsome nature makes it a figure which is at once popular and unpopular in Hungarian folklore to this day.