The Best Things to Do on Budapest's Margaret Island Park 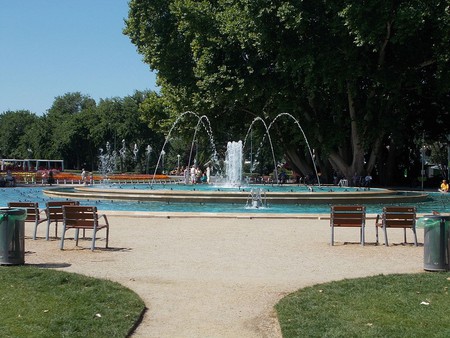 Sitting in the middle of the Danube and connected by two major bridges, Margaret Island is a central parkland that is popular with locals and tourists. There are many eclectic things to do, so whatever the weather, there’s a reason to head to this little island.

There’s a viewing step on Margaret Bridge, and while this is not technically on the island itself, the middle point between the two halves of the city is still a nice spot to visit before heading into the park itself. From here you’ll see the grandeur of the Hungarian Parliament building on one side (particularly special when lit up at night) and the ornate Buda Castle and Mathias Church on the right. 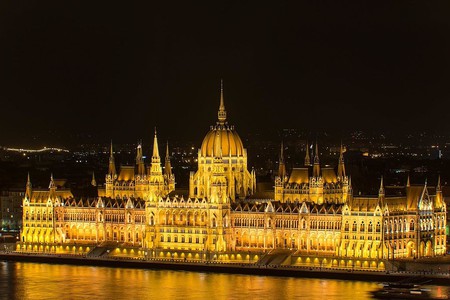 Swim at the Olympic swimming pool

Margaret Island is perfect for swimming. If you’re more into competitive, athletic swimming then take a trip to Alfréd Hajós Swimming Pool. The national pool was designed by Hungary’s first Olympic medalist, who it is named after.

Pet animals at the zoo

While there is a bigger zoo at the City Park with more exotic animals, there’s a smaller option on Margaret Island. The intention is to keep animals that were more typical of medieval Margaret Island, when it was named Rabbit Island. There are rabbits, yes, as well as eccentric fowl and noble deer.

Stroll through the Japanese Garden

One of the most beautiful spots on Margaret Island is the Japanese garden, on the northern side of the park. It’s a serene environment with smooth paving, and calm waters replete with lilies and a grand waterfall that quietly trickles down into the central pond. It’s a particularly good idea to visit around the end of March, when the trees are blooming. 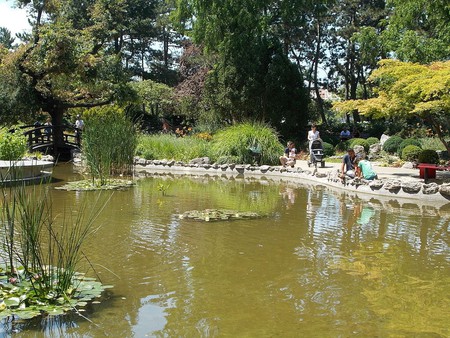 Discover the history of the island

There are a number of religious buildings on this island dating back as far as the 13th century, which itself is named after Saint Margaret. Here, the ruins of her nunnery can be found. There is also the chapel of St Michael, which contains the oldest bell in Hungary, cast in the 15th century. There are also numerous busts of famous Hungarian poets, artists and writers near this chapel at what is known as Művészsétány, or the Promenade of Artists.

Climb to the top of the water tower

This ornate structure, which can be seen from most spots on the island, does still function as a water tower, supplying water to any of the businesses on the island. The top can also be visited for panoramic views of the whole island and beyond.

During the summer months, when the grand fountain at the south (and main) entrance to the park is actually active, it’s worth grabbing a seat surrounding the water feature and waiting for the next show. The fountain spews choreographed jets of water in time to music and lighting, with different songs playing every hour. 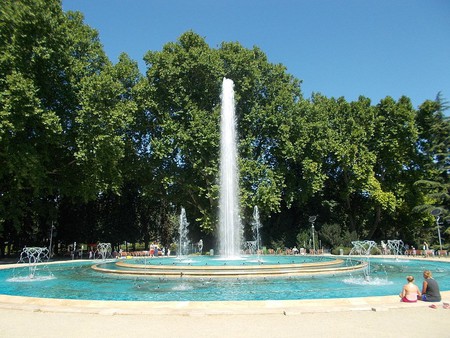 With a 5km running track encircling the island, this is a hotspot for enthusiast runners. It’s a particularly pleasant place to run, free from the noise and pollution of the city, and with the Danube quietly flowing beside you. Margaret Island is also the final point of any marathon or half-marathon organised within the city.

Open-air concerts and shows are organised in the summer months, held beside the water tower. Many classical shows are put on, from orchestral music to ballet.

Relax in a thermal spa

With so many thermal spas in the city, it’s no surprise there’s also one on Margaret Island. Palatinus is not the most beautiful or even the most recognizable in the city, but the complex here is surprisingly varied. The thermal bath is open all year around, and there are also saunas, massages and an outdoor beach-style swimming pool, including a handful of water slides.

Ride a selection of fun vehicles

Available to rent are a number of fun alternatives to walking, including simple golf carts, pedal-powered reclining bikes, powered scooters and Segways. A stroll through the whole park can take time, so these are a good option.

Eat a lángos as you explore the park

Fried dough smeared with sour cream and cheese is a specifically Hungarian treat, and there are a number of places to try it in Budapest. Margaret Island has a selection of fast food eateries and cafés, at which you can look out for lángos. The chewy fried dough is quite a treat as you visit the English-style rose garden or lounge beneath one of many ancient trees.

Watch the sun set over the Buda hills

At certain points around the southwest side of the island there are breaks in the trees that make for quite a special spot to sit and watch the sun set. Grab some beers from a nearby stall and enjoy one of the most tranquil places in the city. 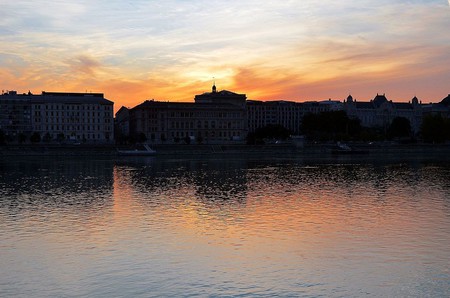 Head over to Margaret Island later in the evening to see it under the stars. There are a handful of bars on the island, but the culture of partying here has died down in recent years. In lieu of that is Raktar Beach, a special venue open only during the summer months that has its very own beach dancefloor, so consider wearing sandals rather than high heels.