The Best Public Art in Budapest

Élő tér |© Andras Farkas
Over the last few years a street art revolution has been taking place in Budapest, with empty building façades being turned into works of art and modern murals joining statues and installations in making up part of the city’s artistic landscape. Check out these stunning pieces of public art across the city.

Budapest has a knack for making old, rundown buildings into something beautiful. While many have found a function as the world-famous ruin pubs we know and love today, a number of dilapidated buildings in the city have been transformed into works of art thanks to the Façade Rehabilitation Project. Neopaint Works, a group of street and graffiti artists, have been instrumental in this initiative, working their magic and contributing to a number of murals which can be admired from the street.

Created in collaboration with UNHCR for World Refugee Day in 2014, this mural can be found on a firewall in central Budapest in the covered passage of Goszdu Udvar. The painting features the slogan “1 family torn apart by war is too many” and depicts a young refugee girl to draw attention to the plight of refugees around the world. 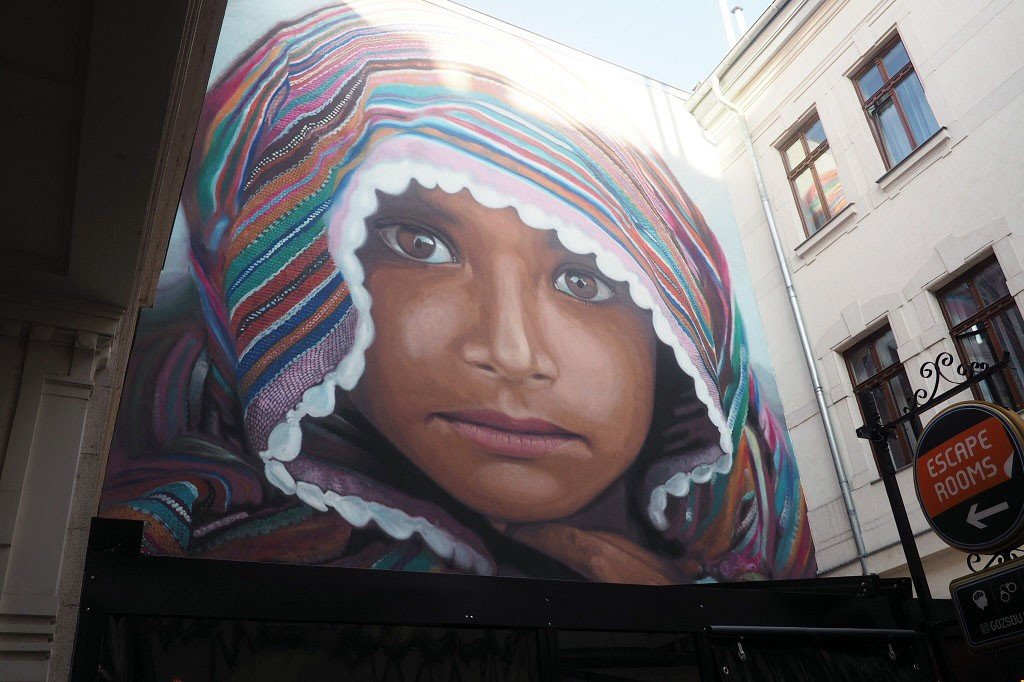 Match of the Century

This huge painting in Budapest’s 7th district pays homage to an iconic football match played between Hungary and England in 1953. Referred to as Match of the Century, Hungary beat England 6 – 3 causing a shake up in the way the English team viewed training and tactics. 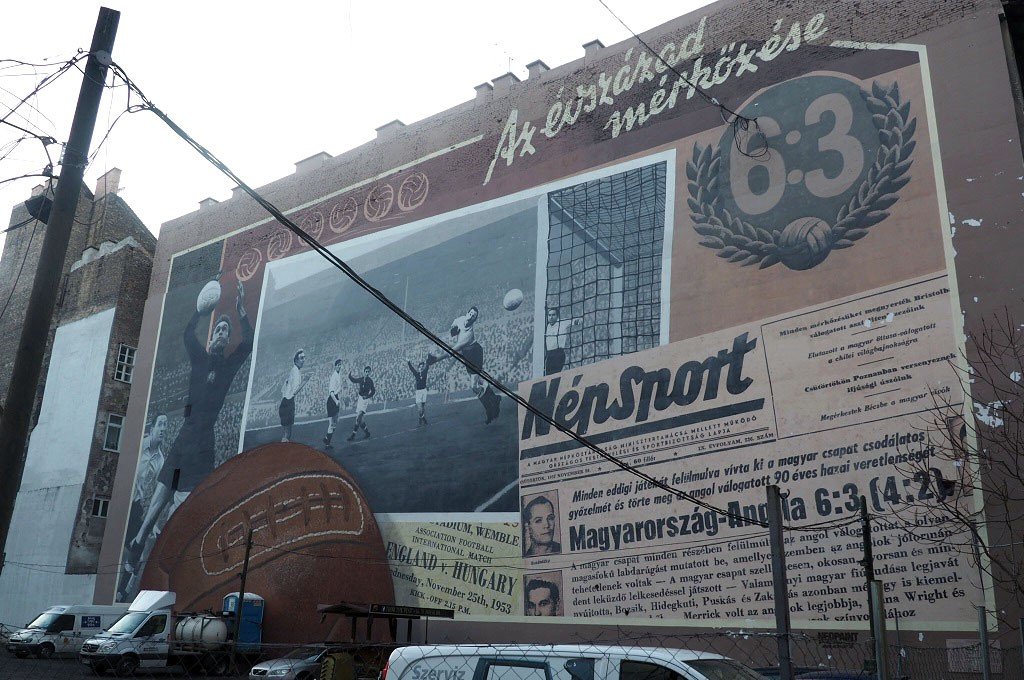 Match Of The Century / © Alexandra Mackintosh

In 2008, the Szines Varos (Colourful City) initiative was launched with the aim of bringing art outside, into the streets. Working to make the city more colourful, the group is also instrumental in the organisation of thenow annual Szines Varos Festival which is held over the period of a month in late summer. During this time, a number of new murals and pieces of street art appear across the city.

The work of two Hungarian artists – FatHeat and Ciripp – this cartoon-like mural was created as part of the 2016 Szines Varos Festival and takes up a space on Arany Janos utca. When viewed using the augmented reality app LARA, the mural comes alive and takes street art to another level. 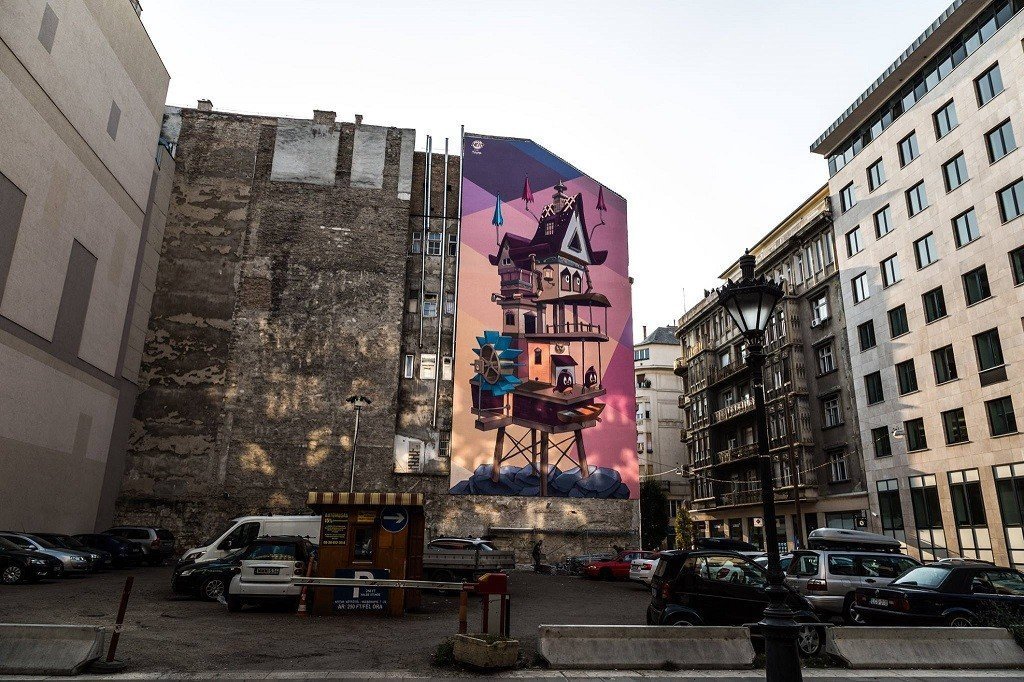 Created during the 2015 edition of the festival, this colorful mural looks over patrons relaxing in the garden of Mika Tivadar, a bar in Budapest’s Jewish District. It’s one of eight works created in collaboration with the Ministry of Agriculture, representing traditional Hungarian food and drink. 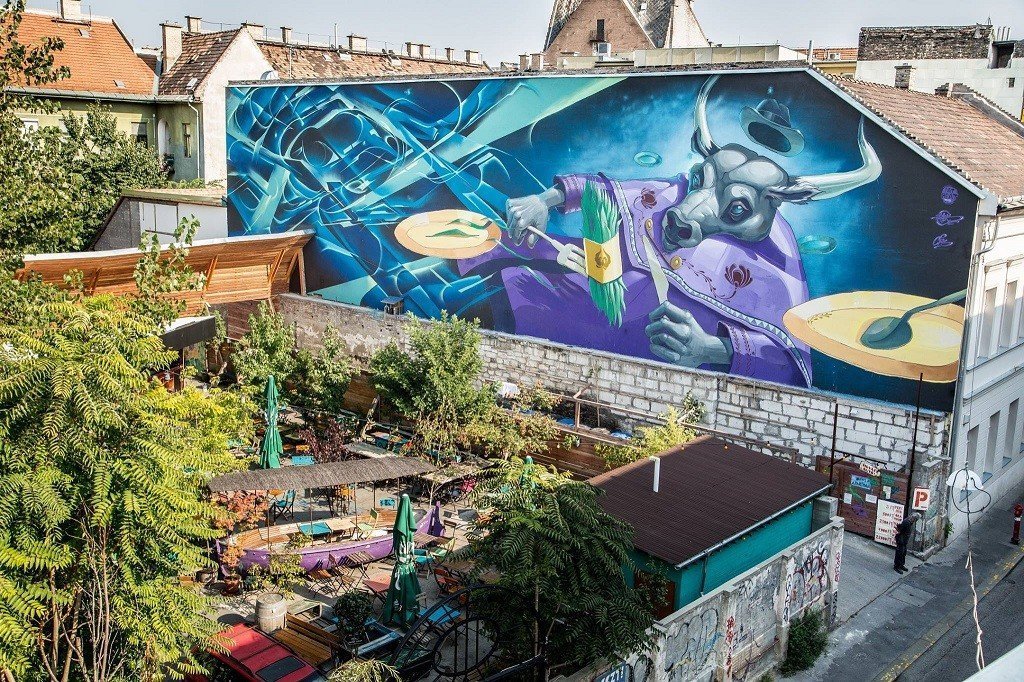 Created to show that there’s more to Budapest and Hungary than just the centre of the capital, this mural can be found in District 7. The clouds around Budapest itself represent other Hungarian destinations worth a visit. 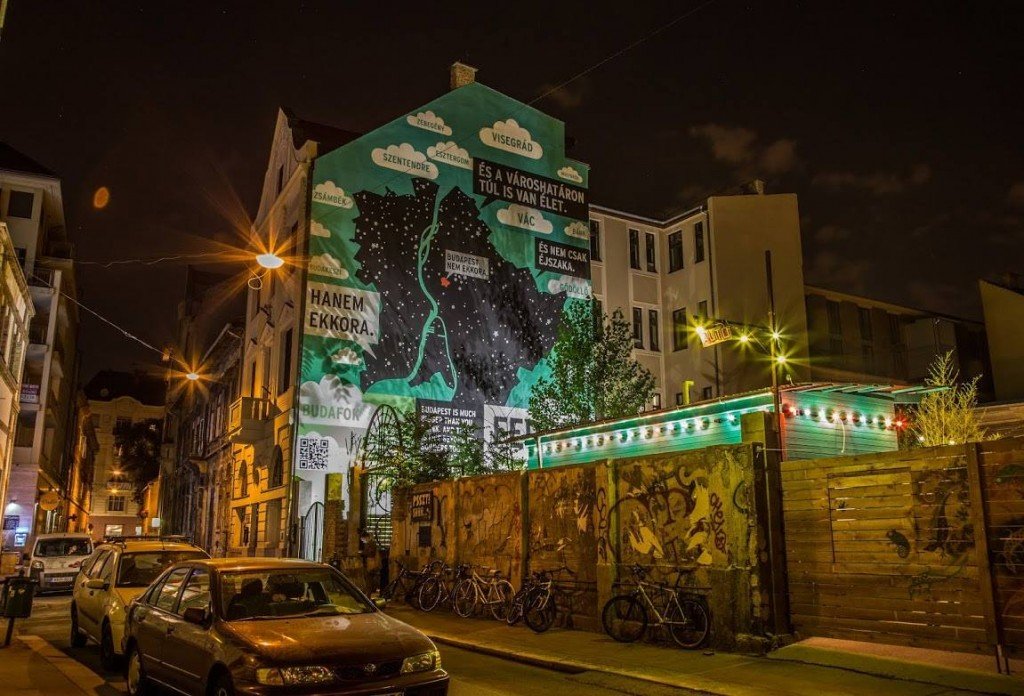 Memorial to the 1956 Revolution

Memorial, Park
Created in honour of the 50th anniversary of the 1956 revolution, which saw a Hungarian uprising against the Communist regime brutally crushed, this memorial can be found in Budapest’s City Park. The columns, gradually increasing in size and losing their rusted appearance, represent people coming together and standing up for what they believe in; visitors can walk through the monument, immersing themselves in the history of the event.
Looks like it's closed Hours or services may be impacted due to Covid-19
More Info
Open In Google Maps
'56-os emlékmű Városliget, XIV. kerület Budapest, 1146, Hungary
View menu
Visit website
Visit Facebook page
Send an Email
Give us feedback

One of the largest hourglasses in the world can be found in Budapest; it takes an entire year for the sand to run from top to bottom, with the final grains falling on New Year’s Eve. Made of granite, steel and glass, it takes four people approximately 45 minutes to turn the wheel at the end of the year, so the sand can begin to measure time once again. 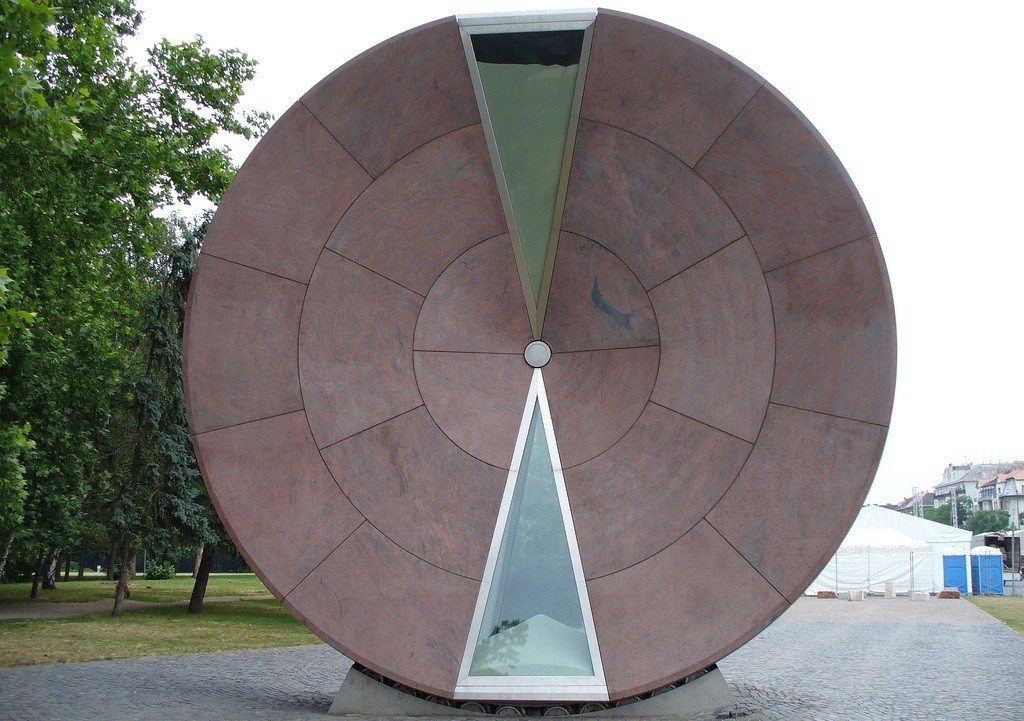 Shoes On The Danube Bank

Building, Memorial
Hungary-0038 - Shoes on the Danube | © Dennis Jarvis / Flickr cc.
This poignant tribute to those who lost their lives during Nazi occupation in Hungary can be found in front of the Hungarian Parliament Building. Created in 2005 by film director Can Togay and sculptor Gyula Pauer, the memorial depicts 60 pairs of shoes, of various styles and sizes, made of cast iron – check out its full history here.
More Info
Open In Google Maps
Idősebb Antall József rakpart, V. kerület Budapest, 1054, Hungary
View menu
Visit website
Visit Facebook page
Send an Email
Give us feedback
Give us feedback