The Best Hungarian Dishes and Where To Find Them in Budapest 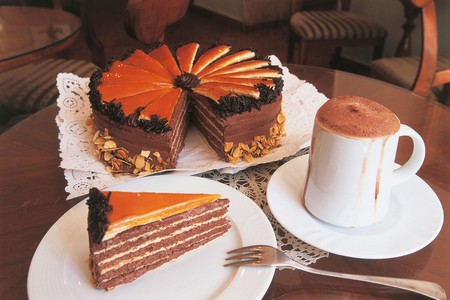 Gábor Bánfalvi, a co-founder of the leading culinary tour company Taste Hungary, points out that despite its relatively small size, Hungary has a rich gastronomic heritage. “Hungarian cuisine is very old and goes back over a thousand years. As a nomadic nation, Hungarians were cooking nomadic food such as stews,” he says of the cuisine’s origins. To this day, stews remain at the heart of Hungarian cuisine. When asked for the top local favourite dishes, Bánfalvi is quick to mention goulash, chicken paprikash and a slice of dobos cake for dessert.

If you’re in Budapest on the hunt for the best Hungarian food, there’s plenty of it out there to savour and discover. Here’s where to find the most unmissable Hungarian dishes in Budapest.

As part of its ‘Within Our Borders’ menu, the two-Michelin-star Onyx offers gourmands a duck liver, coffee and truffle milk loaf. Chef Ádám Mészáros points out that “the dish includes well-known Hungarian ingredients – duck liver and six puttonyos Tokaji [a very sweet local wine] – but at first glance may appear misleading.” The mousse-like dish is made with duck liver but takes the shape of what seems to be the white truffle that grows in Hungary’s acacia forests.

Alabárdos – which is steps away from the famous Matthias Church in Buda’s Castle District and adorned with antique furnishings – might mislead visitors into thinking it serves archaic, heavy fare lacking in creativity. Even though pork and mangalica (a unique Hungarian breed of pig) feature prominently on the menu, nothing could be further from the truth. While Alabárdos does specialise in hearty Hungarian dishes, they’re served with contemporary flair. Its cuisine harks back to a time before paprika and is characterised by the flavours of saffron, ginger and pepper. A case in point is the mangalica terrine. While making use of traditional Hungarian ingredients, it brings forth innovation in its stylish presentation, complete with a side of delicate split-pea salad. 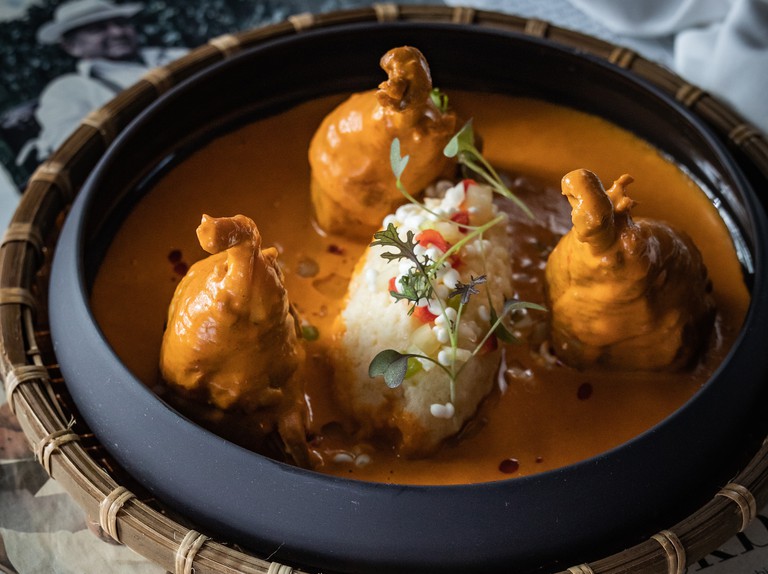 Bread and pickles at Salt

The menu at chef Szilárd Tóth’s Salt is centred around a bounty of freshly pickled and fermented fruits and vegetables. While Salt is a relative newcomer (opening in 2019) to Budapest’s fine-dining scene and its presentation is stylish, its culinary foundations are rooted in traditional Hungarian cuisine. Herbs and wild plants – meticulously foraged and handpicked by the chef – play an essential role in the restaurant’s vision, while the bread is baked in-house and served fresh every day. 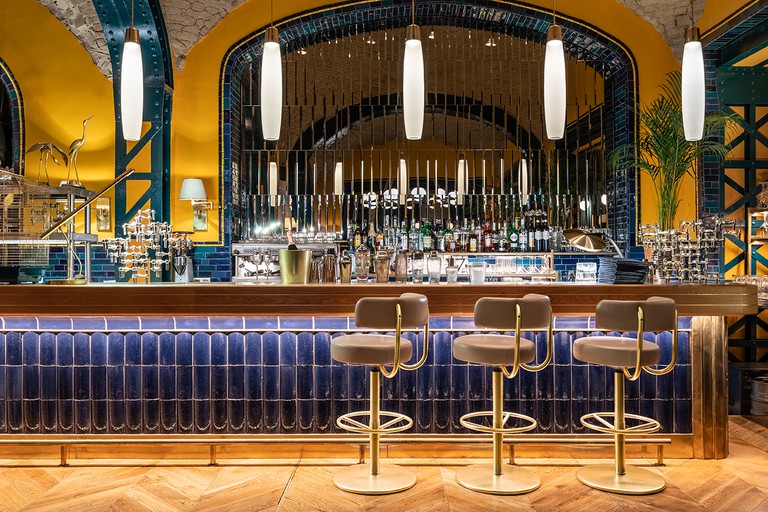 At Hilda, where a mosaic-adorned, boho-chic interior meets striking Art Nouveau architecture, chef Mátyás Igaz believes in the values of sustainability and eco-friendliness. To reduce its environmental impact, Hilda sources over 70 percent of its seasonal and organic raw ingredients from Hungary. Alongside this, it offers a farm-to-table menu, with its delicious signature egg dumplings (nokedli) served with a porcini and cucumber salad a highlight.

Chef Levente Kovács of Budapest’s ZONA champions the characteristics of Hungarian cuisine and follows its traditions. According to the restaurant’s website, Kovács is an avid believer that “simple can be great” and that “ingredients should be used the way they are made by nature, allowing us to come to the point where the simple ingredients are not so simple any more, bringing complex, natural flavour harmonies.” His mangalica goulash, a reflection of this philosophy, is a highlight on the ZONA menu. 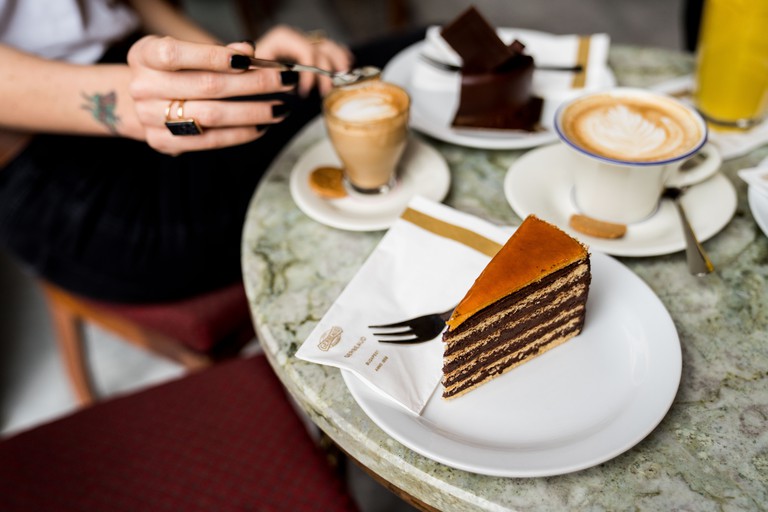 Dubbed the most famous cake in Hungary, the six-layered dobos cake is one of the specialities of the historic Café Gerbeaud, located in the heart of downtown Budapest. While Café Gerbeaud dates back to 1858, the dobos cake was first baked by József Dobos in 1885 for the National General Exhibition of Budapest. Its use of buttercream and caramel were groundbreaking at the time, and the cake remains a favourite and bestseller at Café Gerbeaud to this day.