The Best Bars in Szeged, Hungary 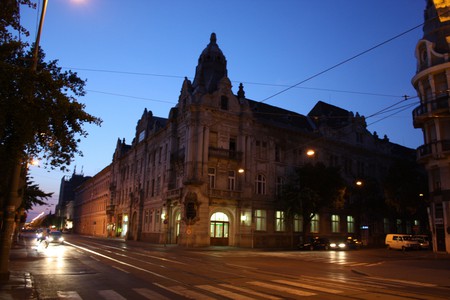 Szeged might not have the variety or style of Budapest when it comes to its local drinking establishments, but as a university town, it has a variety of local haunts that will keep you coming back.

The one-two combo of great beer and good quality pub grub makes Maláta Garden one of the best places to get a drink in Szeged. As a result, it is perhaps one of the most lively of places in the city, so expect to keep an eye out for a spare table. It’s especially popular in the summer months, when the energetic and laid-back atmosphere expands to the courtyard.

A popular haunt for the artists and the creatives of the city, Grand Cafe is a mix of an art cinema, cafe and – in the evening – a chilled bar. Hidden away down a quiet side street with an open courtyard, the cafe feels like a hidden oasis, but it isn’t for everyone. It treads that fine line between bohemian and pretension. However, if you have an interest in art in all its forms, then Grand Cafe and its many programs will appeal to you.

Smooth Cafe is one of the better places in Szeged for cocktails and spirits, with a particularly impressive selection of whiskeys. It serves a selection of foods and even a chocolate fondue, which makes it a good romantic option or just as a place to go before heading out to the considerably more boisterous bars and clubs.

Nyugi has one of the more relaxed environments of all the bars in Szeged, which may go some of the way to explain its name: nyugi meaning ‘chill’ in Hungarian. It’s popular with the student crowd despite its relative distance from the centre, but the atmosphere is perfect for simply hanging out with friends either sheltered indoors with its cool, purposefully disheveled decoration or in its outdoor terrace. With foosball tables – or ‘csocsó’ in the local lingo – and chairs designed for lounging (not sitting), Nyugi is definitely a place to while away the hours.

This beer garden is particularly popular in the summer months, and for obvious reasons. It’s close proximity to the Tisza river banks means it is a great place to gather with friends for one or three beers. There’s often events hosted here, including live music, dance shows and electronic music nights. When the night is good, it’ll be one of the best places in the city, though admittedly, there are times where it can be completely dead, too.

Taking ‘underground’ quite literally, Center is a cellar spot converted into a very trendy looking bar. The waiters are professional and the service is quick. It’s a favourite for cocktails, but all of its drinks are very reasonably priced. There’s space outside, but even in the warmer months, it can be worth finding a hidden cubicle downstairs to feel completely removed from the world outside – or perhaps a little closer to your date. 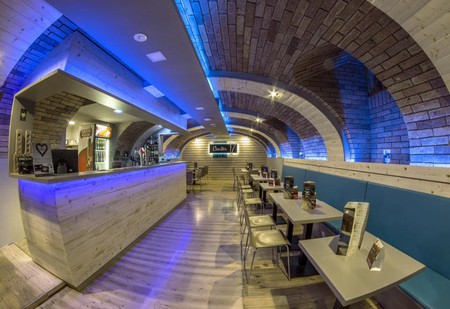 While this enclosed space might not be the most inventively decorated, it’s an environment that really feels social when the space is crowded with people. The subtle lighting and simple furniture make for an uncomplicated atmosphere to have a few drinks, but the varied selection of ever-changing craft beers gives ale-drinkers plenty of reasons to return. And yet, despite how centrally located it is, the hidden courtyard still manages to feel entirely separate from the city itself.

While the underground section of this bar always manages to draw a crowd, the real reason we draw attention to it is its outdoor seating, which utilises an old refurbished tram (specifically from the number 7 line) as a bar and seating. It’s a cool addition to the city that most will recognise, though it’ll be tougher to actually get a table here. It’s worth visiting for its decent prices and attentive service, but much better if you can make use of its stand out feature.

From the people that brought Fröccsterász to Budapest, this pub brings the Hungarian spritzer to Szeged. It doesn’t quite match the cool vibes of the Budapest outfit (though that’s admittedly tough without a central park like Deák Ferenc Square to dominate), but it still manages to bring people together with cheap drinks, good music and a top-notch location.

Truth be told there aren’t too many bars in Szeged that go all-in with their styling; Zápor József is the stand out place in this regard. It’s crammed with knickknacks from vinyls stuck to the walls and a retro car to tall-backed armchairs and old fashioned rugs. Its socialist style is a hit with the trendy crowd and maintains the same sort of intentional rough-and-tumble style that makes Budapest’s Szimpla so popular.

Everyone’s been there, where the night reaches a certain point when you’ll either party until the early hours, or tuck yourself in bed and congratulate yourself on a hangover-free morning. If this happens and you’re looking for inspiration, then you’ll likely want to head to JATE Klub; though there are a handful of late-night clubs in the city, JATE Klub hosts a variety of concerts and events almost any night of the week, and while its drinks are a little expensive, it still manages to pull in a regular crowd to keep the party going. Definitely one to lose the night to.