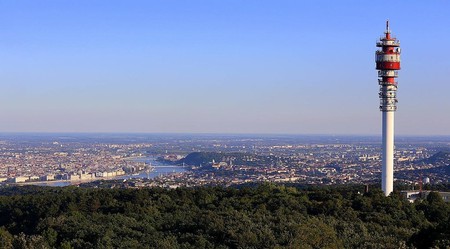 Just because you’re in the city doesn’t mean you can’t get out into the wilderness a little bit. Luckily for nature lovers looking to explore the trails of Hungary, there are a number of interesting and varied hikes located in the areas around the capital city.

This is the top spot for those looking for a Sunday hike. János Hill is the highest point of Budapest. There’s a structure at the top that acts as a reward for those that reach it (although the trail isn’t exactly cruel!) that offers 360-degree views of the landscape and the city in the distance.

The best part of this trail is its flexibility. You can start from by the Danube, weave through the suburban streets of Buda and reach the top within a couple of hours; or, you can start somewhere like Farkasréti Cemetery, head west to the Budapest border and towards the Queen of Angels shrine before finally heading north through parkland and towards the highest part. There’s even a chairlift to the top if you want to cut out the hard part or don’t have the energy to walk another two hours back down.

By no means the toughest hike on the list, there are some added benefits to these pair of hills. For one, their close proximity to the city means you can visit them for just an afternoon, even combining the two for a difference in elevation of around 250m. They’re also particularly special because of their views of the city. Gellért Hill, which can be accessed via a softer stroll or a steeper one overlooking the Danube, is easily one of the best spots for looking down on the city. Sashegy – meaning Eagle Hill – is also a living nature reserve, with species of plants that have managed to survive since the Ice Age. 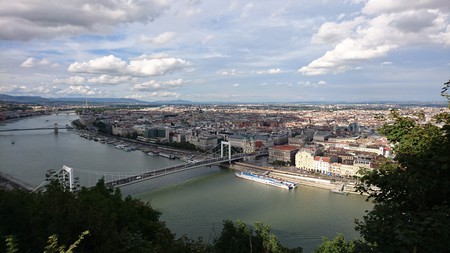 The view from Gellért Hill, looking down on Pest | Adam Barnes

While Hármashatár is only the second highest peak within the city limits, it is perhaps more popular due to the less steep incline. With a couple of restaurants, a recently built lookout tower and a large sprawling parkland, there’s plenty to do at the top of this hill. If you’d like to make a tougher day of it, add a good chunk more to that elevation by dropping down through Hárshegy back up to János Hill, before grabbing that chairlift back down into Buda proper.

If you’re a bit more into the wilderness side of hiking but can’t trek too far from the city, the Hárs Hill is the perfect place due to the lack of paved roads. There are routes up to the Kaán Károly tower for a grand panorama, but it’s not quite as pedestrianised as the rest of Budapest’s hills. One added benefit is that the foot of this hill is a stop for the Children’s Railway, which means you can add in the novelty of riding a railway system managed entirely by children into your day’s hiking. 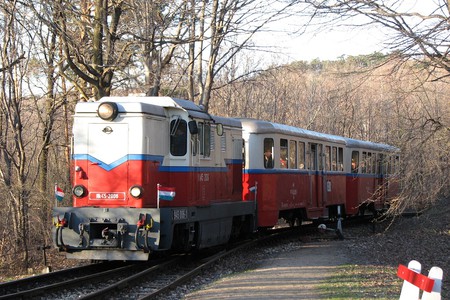 Catching the train outside of Budapest for about an hour will take you close to the border with Slovakia, but get off at Nagymaros and you’ll be treated to a rather eclectic hike. Climbing to the top of the peak down to the other side at Zebegény (where another train can take you back to Budapest) won’t offer too much. But, you can divert to the intriguing-looking Juliánus tower, explore the Hermit Caves along the southwest edge of the hill overlooking the Danube or even explore the numerous routes for fantastic views of the river.

Just opposite Nagymaros, and even accessible via an infrequent ferry, is the well-known town of Visegrád, more popular because of its castle that overlooks the city. It’s not an intense hike, but it’s a pretty one that allows for the exploration of this history town. Whether you choose to hike up and around into the upper castle itself or start from the town and stroll upwards from there, you’ll be treated to a gorgeous view of the Danube Bend as you do. 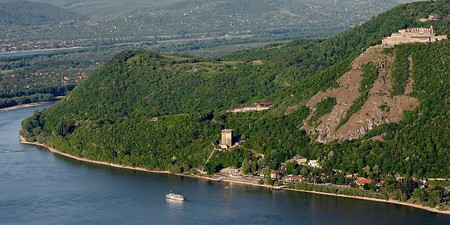 Perhaps the most popular hike that is still within close distance to Budapest, this peak is best climbed from the town of Dömös, by the river. There’s a few routes, some easier than others, but the view from the top will be worth the energy. There’s a surprising number of amenities at the top, too, from restaurants and picnic areas to a hotel and even a ski slope. The modern lookout tower at Prédikálószék (which even has Wi-Fi) will offer the best views of the Danube Bend in the area, while the nearby Vadálló Stones – an ancient volcanic rock formation – are a popular destination to visit.