The 10 Best Wedding Venues In Hungary 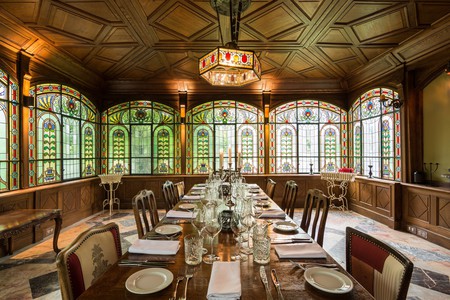 With its Baroque style palaces, ornate villas in abundant nature and an eclectic capital city, Hungary has a number of special locations ready to host the wedding of your dreams. And since it’s considerably cheaper than many Western European locales, you may well be able to swing for those elaborate extras.

There’s a number of places to have your wedding in Hungary’s capital, but the Four Seasons Hotel at Budapest’s Gresham Palace is bound to add a certain element of grandeur. Say nothing of the fact that it’s one of the fanciest places to stay in the city, but its intricately decorated interior and exterior means the setting will feel as important as your wedding day. Top it off with a view of Buda Castle from its main doors and Szechényi Bridge nearby to ensure the perfect spot for the photography. 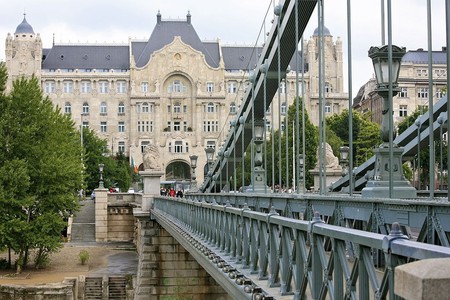 The historic town of Visegrád is gorgeous thanks in large part to the vista overlooking the Danube Bend, a popular spot where the river sharply bends around the steep hills of the region. This alone makes the Silvanus Hotel a top pick as a wedding destination, but if you’re the spiritual sort then you may appreciate knowing that it is believed that the Visegrád Hills is home to the heart chakra of the world, with the peak of the hill—in the town of Dobogókő 700m up—acting as a pilgrimage location for Hungarian neopagans.

Getting married in a kastély—or castle—ought to help any bride feel like the princess she wants to be on her wedding day, but Podmaniczky-Vigyázo’s blend of a gorgeous, yellow-painted Baroque style building with well-maintained gardens will help make the day feel even more spectacular. The fact that it isn’t too far out from the centre of Budapest is an added bonus, close enough to allow guests that might be travelling from outside the country to combine the occasion with a city break and therefore making it a special time for everyone involved. 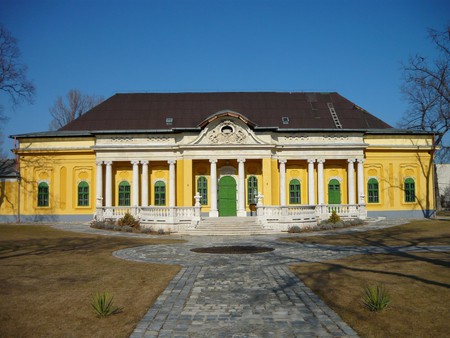 Located to the far southwest of Budapest, getting to Hertelendy Palace might require a little more logistics management than most are willing to take on—especially if most or all of the guests aren’t Hungarian natives. Still, overcome that hurdle and Hertelendy might just tick all the boxes: gorgeous, traditional building; plenty of space for up to 150 guests; well-groomed garden grounds for photography; even a pool and hotel suite for those wanting to turn the location into a Hungarian honeymoon trip, too. As a sweet touch, the happy couple is offered the opportunity to plant a tree in the grounds with a plaque to commemorate the day.

As one of the more unique locations on this list, Brody Villa does away with the typical grandeur for something a little more subtle but nonetheless special. This old writer’s retreat might have plenty of history, but it is well-equipped to handle the needs of a modern day wedding, and even includes a pool and accommodation for up to 14 people to make use of—perfect for the happy couple and their closest family. It’s an outstanding building that is snuggled in the hills of Buda, replete with wood panel walls, ornate stained glass windows and cozy garden grounds.

There aren’t many vistas better than this one, whether it’s the vintage castle itself or the awe-inspiring view of the Hámori Lake. There’s plenty to the location, too, whether that’s the hanging garden on the premises, the nearby waterfall or a romantic boat ride on the lake itself. It’s almost fairytale-like in its appearance and amenities, and its location quite some distance from Budapest up in the mountains of Bükki national park really helps to create a sense of isolation to make your special day feel all the more personal and intimate.

Though this option only consists of a recently renovated chapel—courtesy of Count Degenfeld—and a hotel a short walk away, the venue is certainly one for those dreaming of a movie-like wedding day. It’s secluded with a panoramic view of the surrounding countryside, creating a private spot for the day’s proceedings. The location is even host to its own vineyards and winery, perhaps a nice gift to commemorate the day for the couple to open on an anniversary some years later. 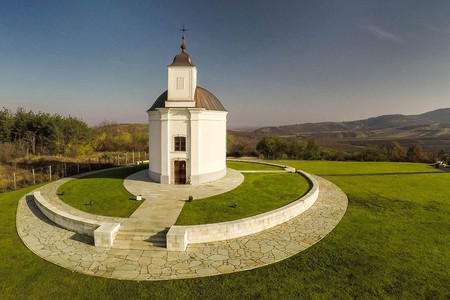 While it might not offer the same scale as some of the options on this list, the hidden village of Berkenye about an hour from Budapest is home to this quaint venue and can still cater for large groups. The real treat is the island in the middle of the lake where the ceremony can take place. It’s a unique opportunity and guests are bound to feel special on the day, but every effort is taken by the staff to theme the wedding around the couple’s shared interests.

Since weddings are typically traditional affairs, the vintage chic of Sacelláry Palace is only a short distance from Budapest in Budafok and makes for a perfect choice for those hoping for a setting to match the sepia-tone moments of the day. It’s a wholly wooded environment, too, giving an almost Secret Garden feel to the ceremony that should only help to create the necessary intimacy that any couple might want for their big day. 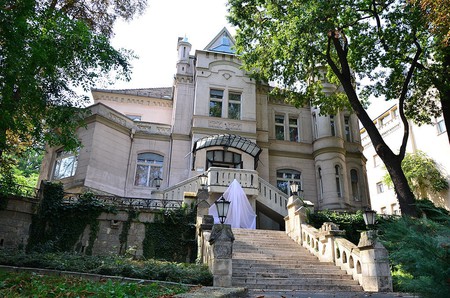 It would be remiss of us to not point out the obvious. While Hungary is capable of offering plenty of grandeur when it comes to wedding days, Budapest’s Danube is also home to a number of boats—some anchored, others not—that regularly function as venues for such celebrations.

It’s common for the locals of the city to opt for such a setting, and there’s something admittedly romantic about tying the knot on a boat with the Danube rolling by. There’s not a weekend in summer that goes by that doesn’t see one of these such venues letting off a string of fireworks in celebration, so it may well be a great fit for your own wedding day, too.