The Bridges of Budapest That Span Centuries 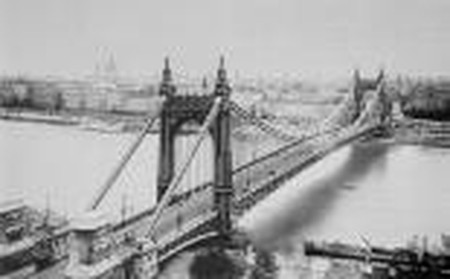 Budapest is renowned for the beauty and historical significance of its bridges, which cross the Danube river and link Buda to Pest. Kiiyha Gray discovers the varied stories behind the beautiful bridges of Budapest, which are the foundation of this great city. 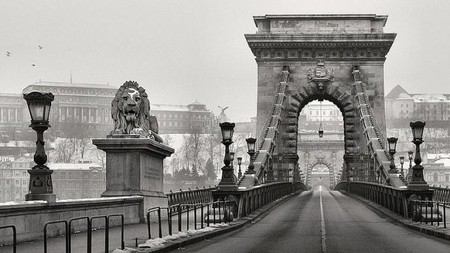 Budapest is a city divided by the Danube river which splits the capital into two regions: Buda and Pest. Since 1849, Buda and Pest have been joined together by a bridge, and a total of eight bridges connect Buda to Pest today. But the history of these bridges is not a traditional one, with the tragedy of war, the bridges have been destroyed at the bottom of the Danube.

The oldest and most iconic bridge is the Lánchíd, or Chain Bridge, and it was not only the first bridge to connect Buda and Pest, but also the second bridge to cross the Danube entirely. It was completed and opened on 20 November 1849, and in January of 1945, near the end of the Second World War, German troops blew up all the bridges in Budapest. The Chain Bridge was reconstructed and reopened on 20 November 1949 — exactly 100 years after its original inauguration. Before the war, there were four other bridges that connected Buda and Pest: Margit Híd, Fővám Híd, Erzsébet Híd, and Miklós Horthy Híd. One by one they were reconstructed and some renamed. When Erzsébet Híd was originally completed in 1903, it was the world’s largest suspension bridge for 23 years, and after the war it was not rebuilt until 1960 with a completely new and modern design. The first bridge that was rebuilt after the war was Fővám Híd, which was then renamed to Szabadság Híd, translated as ‘Liberty Bridge’. The name change to Liberty was symbolic for the capital after undergoing the sufferings of war. 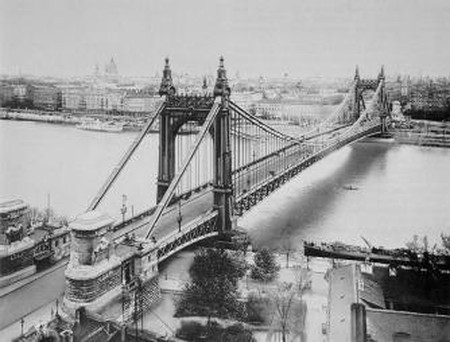 Since the end of the second war, three new bridges have been built across the Danube: Árpád Híd, Lágymányosi Híd, and Megyeri Híd, they are the modern bridges that have also caused some controversy. Árpád Híd took nearly 50 years to be built because of delays and the overlap of war, but in 1950 it was finally completed and the Soviet Government at the time named the bridge after Stalin (Stalin Bridge), until 1958 when it was changed back to Árpád Híd. The newest bridge, Megyeri Híd, took over 15 years to be built, also because of delays. Originally, the Ministry of Economy and Traffic decided to have an internet poll so people all over the world could choose the name of the new bridge, and such candidates were: Chuck Norris, Stephen Colbert, and Miklós Zrínyi, a 16th century Hungarian; after two rounds, Stephen Colbert was voted the winner by fans of the American comedian, but the internet vote was rejected and the name Megyeri was chosen for geographical reasons by the Hungarian Committee of Geographical Names. Megyeri Híd was completed and opened in 2008, and is the longest bridge in Budapest at 1862m, and is also the eighth and final bridge connecting Buda and Pest thus far.

The initial idea for constructing these bridges was to connect the two regions. Buda and Pest separately are two small cities, and by spreading bridges across the Danube, the capital has grown and flourished into one large capital. Budapest as a whole is now a vast city with over two million inhabitants within the city limits. The unification of Buda and Pest has been an important growth for the capital, and now with eight bridges combining to create Budapest, the city sits in expansive grandeur along the Danube.