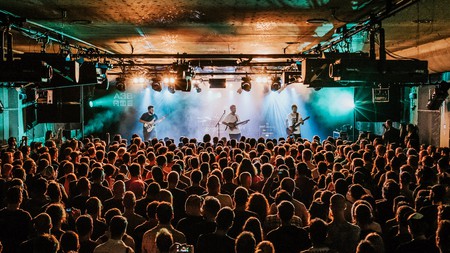 With its ruin bars and emerging music scene, Budapest is becoming known as a vibrant nightlife hub. Hanna Gulyás, the founder of the local live-music initiative Garden Wonder, shares her top picks for discovering Budapest’s nightlife.

In addition to the city’s well-established nightclub and ruin bar culture, live-music venues and laid-back drinking spots are springing up across the Hungarian capital. Culture Trip speaks with Hanna Gulyás of Garden Wonder – a Budapest-based music community that organises concerts in unusual locations throughout the city – about the burgeoning live-music-and-bar scene.

Garden Wonder began as a one-off garden concert in 2017 and has now grown into a monthly indie event. Usually featuring two or three up-and-coming artists, the community-centred live-music initiative hosts gigs in secret locations, revealed just a day before the event. “The headliner usually comes to Hungary for the first time through us,” Hanna says. “Garden Wonder is a gateway for foreign musicians to come and have an audience in Hungary.”

For Hanna, the venue is just as important as the music: “I’m always looking for venues that are out of the ordinary,” she explains. One of Hanna’s favourite venues was at a piano manufacturer, while past Garden Wonder events have also taken place at trendy cafés, in living rooms and at a tattoo parlour. “It’s an exciting thing for people – that they don’t know where they’re going – and it’s really exclusive,” she notes, adding that keeping the crowd small means that concertgoers have a chance to mingle with the artists and build a sense of community. 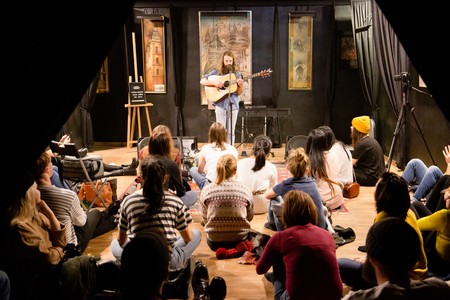 “There’s a good open-mic community in Budapest,” says Hanna, highlighting Lámpás – a basement bar filled with old eclectic furniture in the Jewish Quarter – as a particular favourite for enjoying live performances. Sunday is open-mic night, while on most other days of the week, you can sample live jazz, blues and rock. With events scaled back during the summer, Lámpás’s cosy living-room-esque atmosphere is especially welcome in the colder months, when visitors can listen to the live music with a steaming mug of mulled wine.

Music Venue
Facebook
Email
Twitter
Pinterest
Copy link
Share
Map View
The Hungarian capital is flush with jazz venues, and Hanna suggests visiting the longest-running jazz club in the city. Housed in a former cinema, the aptly named Budapest Jazz Club now hosts gigs almost every night. You can enjoy a drink in the jazz café or a well-priced burrito or goulash in the bistro-style restaurant, before moving through to the intimate concert hall. Pro tip: The jam sessions on Monday, Wednesday, Thursday, Friday and Saturday nights are very popular and free to attend.
Open In Google Maps
7 Hollán Ernő utca, XIII. kerület Budapest, 1136, Hungary
+3617987289
Visit Website
Give us feedback 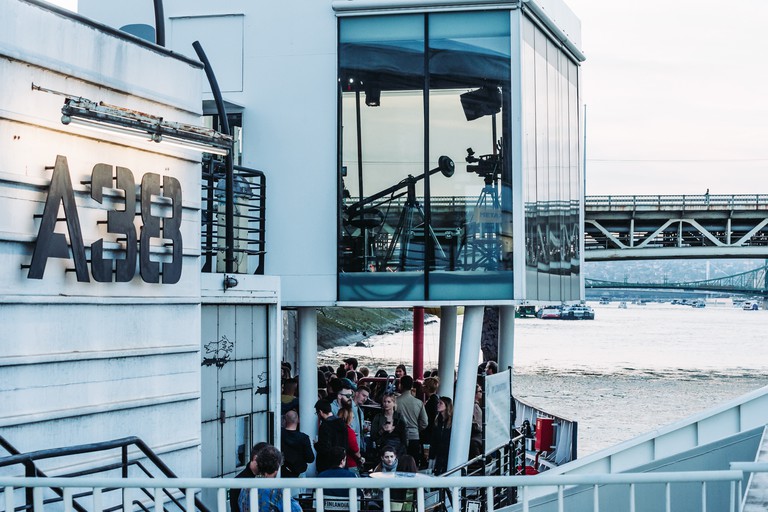 This Soviet-era Ukrainian barge has been reinvented as one of Budapest’s top live-music venues. Docked near Petőfi Bridge on the Buda side of the city, A38 boasts several bars and an international restaurant – serving dishes ranging from noodles to fish and chips – along with a concert hall and an open-air terrace on the upper deck. According to Hanna, the various DJs, artists and bands performing are among A38’s biggest draws. “There are all kinds of high-adrenaline concerts from rock to alternative jazz and occasionally a few indie bands. Weekend nights continue into rave-like DJ sets with hundreds of people jumping to the rhythm on the Danube river,” she explains.

To experience the best of laid-back Budapest, Hanna suggests whiling away the evening at Pontoon – a summer-only bar idyllically set on the Pest bank of the Danube, with incredible views of the Széchenyi Chain Bridge and Buda Castle. Pontoon’s terrace and hammocks are among Hanna’s top picks for enjoying the sunset with a local fröccs (wine spritzer) in hand. If you’re feeling peckish, fill up on Pontoon’s delicious wood-fired pizzas.

Bar, Mexican, $$$
Facebook
Email
Twitter
Pinterest
Copy link
Share
Map View
This bar has the ramshackle appearance and eclectic furnishings typical of Budapest’s ruin bars, but with a Mexican theme. “Ellátó Kert is one of the mainstays for pub crawls, and the key attraction here is the party vibe,” Hanna says. The bar is brimming with colourful Mexican decor – think traditional papel picado flags and piñatas – and people enjoying margaritas and tacos. You can also play a game of billiards, ping-pong and foosball here.
Open In Google Maps
48 Kazinczy utca, VII. kerület Budapest, 1075, Hungary
+36205273018
Visit Facebook page
Give us feedback 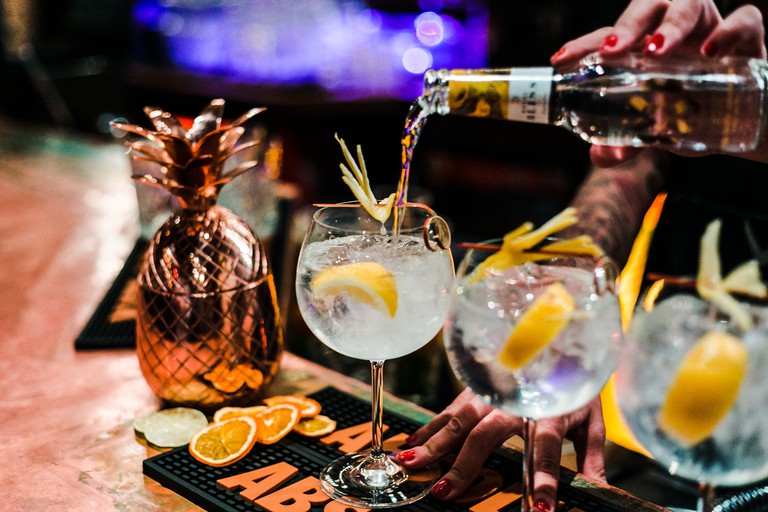 ÖTKERT is home to several dance floors and bars | © ÖTKERT

ÖTKERT lies inside a 19th-century building in the heart of Budapest, just steps away from St Stephen’s Basilica. DJs play a mix of music – including mainstream pop, R&B and hip-hop – across several dance floors, one of which is an open-air courtyard. The length of the queue outside on most nights is evidence of ÖTKERT’s popularity, but don’t let the wait time put you off. You can party under the stars until 5am.

Underground electronic club LÄRM is Budapest’s go-to spot for techno enthusiasts. This no-frills venue is where the music takes centre stage, with the dark interior and no decibel limit allowing partygoers to get lost in the music. Sometimes referred to as a “Berlin-style nightclub in Budapest”, LÄRM is located in the Fogasház ruin bar complex in central Budapest.

In the early evening, the outdoor stairs and terrace of Akvárium Klub are brimming with people chatting and drinking cocktails. “In the summertime, I love sitting out on the terrace of Akvárium, where it has a seasonal outside stage showcasing upcoming musicians from all over the world – for free,” Hanna says. But what you can see outside is only the tip of the iceberg, as most of this club is hidden underneath the large pool on Erzsébet Square. The club’s three halls – with a combined capacity of more than 2,000 people – play host to DJs and bands. There’s also a café serving bar snacks all night long, set directly underneath the glass-bottomed pool.

Thousands flock to Budapest’s legendary Széchenyi Thermal Baths to wallow in the therapeutic waters and admire the Neo-Baroque architecture. However, on Saturday nights, the usual relaxing atmosphere makes way for pumping music. Sparty takes place weekly between February and December and combines two of Budapest’s biggest cultural attractions – thermal baths and partying. DJs play electronic and trance music, while the historic building is transformed with lasers, visual effects and spectacular projection mapping. Be sure to buy tickets early (as it often sells out), and get familiar with the rules beforehand.

No visit to Budapest is complete without getting a little insight into Hungarian history, including the period spent behind the Iron Curtain. This small communism-themed bar takes a lighthearted look at Hungary’s communist past. Amusing propaganda pop art adorns the red walls, as well as a mural of famous communist leaders – Lenin, Stalin, Mao and Marx – having a “communist party”. Try a shot of traditional fruit spirit pálinka, and see if you can learn Hungarian in two minutes, as one painting on the wall suggests.