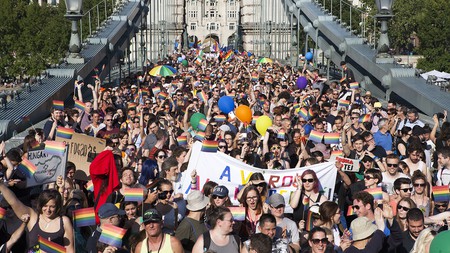 Famed for its rich history and vibrant nightlife, Budapest is becoming a popular destination for LGBTQ travellers. In addition to the array of queer bars and clubs, Budapest’s inclusive LGBTQ scene features a colourful range of social and cultural initiatives.

The Hungarian capital is flush with queer-friendly nightlife options. Beyond renowned LGBTQ venues Why Not Bistro and Alterego Club, Budapest’s dynamic queer scene encompasses activism, sports clubs, magazines and creative collectives. While Hungary has seen notable progress in recent years regarding LGBTQ rights, including laws recognising the registered partnership of same-sex couples, Prime Minister Viktor Orbán’s ruling right-wing Fidesz party has tapped into and strengthened conservative attitudes regarding sexual orientation. In this challenging context, lesbian and political activist Emma Krasznahorkai, who works with local LGBTQ organisations (including Budapest Pride), highlights some of the most exciting events and projects to discover in the city. 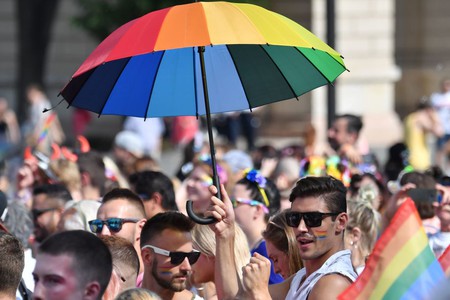 In addition to filling the city with vibrant rainbow colours each summer (usually in June and July), Budapest Pride organises events throughout the year, including the community-building and knowledge-sharing project Pride Academy. Through a programme of lectures and workshops, this initiative aims to create opportunities for members of the LGBTQ community to connect, as well as learn from distinguished speakers.

Budapest Pride sees its role not only in terms of event organising and coordinating but also of elevating public discourse surrounding LGBTQ issues. The organisation strives to support others working towards similar goals, namely achieving changes in society and law: “We can give visibility to other organisations, not only from Budapest but even groups from the countryside,” says Kama Peksa, Budapest Pride’s spokesperson. 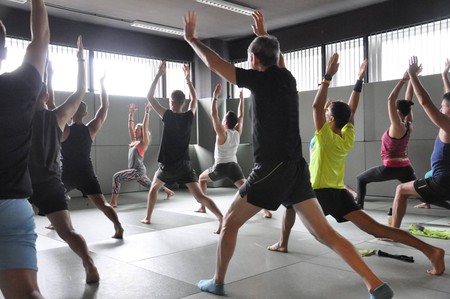 The Atlasz Sports Club was established in 2004 with the purpose of creating a safe space for LGBTQ people and allies to connect. “We are building a community through sport – that’s our great mission,” says István Manheim, co-president of the club.

With sports ranging from swimming and hiking to squash and yoga, Atlasz runs regular training sessions and an annual grand Sports Day. Every year, the organisation also plays host to the international LGBTQ sports tournament Budapest All Nations’ Games, along with sports camps and community dinners. One of Atlasz’s key goals is to reach queer young people who lack a supportive community, conveying the message that “in sports everyone is equal”.

Unconventional and open-minded are the terms that come to mind when describing Garçons – Budapest’s biggest LGBTQ dance party. Over the past seven years, Garçons has sought to create an inclusive and exciting community for all those who think that “tolerance, acceptance and diversity are key and who like sophisticated entertainment”, as János Vrabecz, one of the organisers, explains. Along with members of the wider LGBTQ community, parties by Garçons have been known to attract local figures in fashion and media.

Having successfully created a unique atmosphere at its Budapest club nights – relaxed yet vibrant and high-energy – Garçons has longer-term plans. It wants to further expand around Europe (it opened a sister venue in Vienna in 2018) to create an international LGBTQ community, as well as organise events to foster closer connections between LGBTQ and non-LGBTQ people. 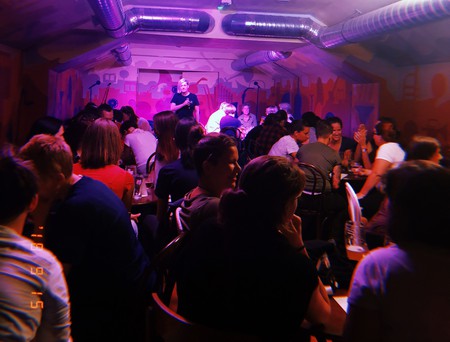 When three women realised that there were few opportunities for lesbians to build community in Budapest, they established qLit in 2016. Their first step was creating an online magazine in 2017, which they hoped would foster image and identity building: “It was a great platform to express their visions and values,” says co-founder Dorka Szekeres. Since then, qLit has grown beyond the pages of the magazine. The organisation hosts weekly ping-pong nights (drawing around 40 participants), well-attended speed dating nights every two or three months, along with improv theatre and pub quiz nights every month. 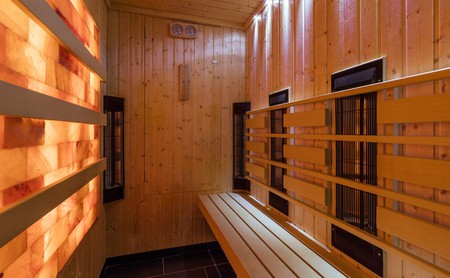 Opening in 2001, Magnum Sauna is Budapest’s first gay sauna. With over 700 square metres (7,535 square feet) and two floors, the venue offers plenty of space for fun and relaxation and includes a steam room, pools, saunas and cabins. Magnum welcomes a diverse crowd of gay men and hosts a variety of themed events, including a UV night, pizza evenings, wellness events and drag shows. According to founder János Kerekes, Magnum plans to “work harder to make this a safe and fun space for both local and visiting guys”.

Founded in 2009, Charme Hungary Dance Club is the country’s only same-sex ballroom dancing club. Traditional gender roles – with men leading women – do not hold sway here. “The participants all have the freedom to choose how and with whom they want to dance,” explains Imre Zsoldos, one of the main organisers. Each Monday evening, the group gathers for Latin and ballroom dance lessons, in addition to a formal ballroom dance night every two months. Charme’s dancers regularly perform at broader LGBTQ events, including at Budapest Pride. The group’s main ambitions are to bring society to an understanding of the arbitrary nature of gender roles and, in the long term, to get it to the point in Hungary where same-sex couples are accepted in mainstream ballroom dancing.

Ösztrosokk is Budapest’s longest-running lesbian party night, holding parties every month. Along with themed parties to mark special events such as Halloween and Christmas, Ösztrosokk is known for its lively playlist of dance and retro music, sometimes with a dose of karaoke thrown in.

While the main goal is to provide a safe space for lesbians to feel comfortable while partying, Ösztrosokk occasionally opens up its events to a wider audience, inviting regular attendees to bring their friends and introduce them to the concept. The organisers’ vision is that someday dedicated lesbian parties will be an unnecessary thing of the past and that they will look back at this time “with nostalgia”. Despite the political and social environment in Hungary becoming more challenging for minority groups, the team behind Ösztrosokk is determined not to stop the events – if anything, they have never been more important. 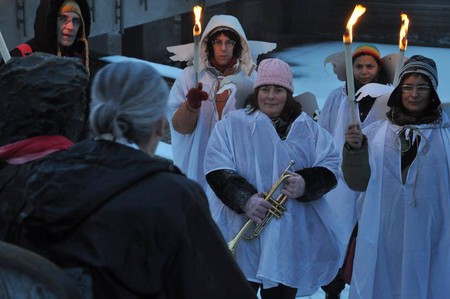 Organised by volunteers from two of Budapest’s major LGBTQ organisations – Háttér and Labrisz – since its beginnings in 2013, LGBT History Month has grown to encompass around 40 events each February. There are presentations, movie nights, round-table discussions, exhibitions, theatre, workshops, game nights and parties. The main objective is to draw attention to the fact that “LGBTQ people have always lived in Hungary, and to show what these people experienced and felt, and how their actions can be an example to us,” explains volunteer Péter Hanzli. In the future, Háttér and Labrisz hope to encourage more non-LGBTQ groups to organise these events and inspire more young people to take part in LGBT History Month. 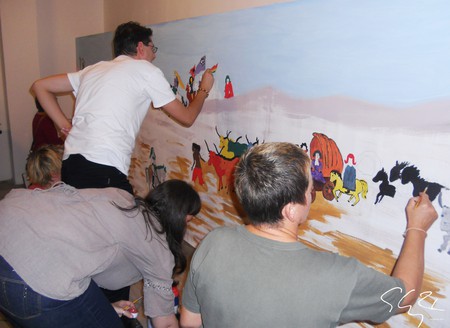 LIFT is a unique event since it is the only festival in Hungary that is for and about LGBTQ women, with diversity and the issues of social acceptance taking centre stage. According to co-organiser Anna Borgos, the festival aims to “put across a new perspective on these women’s representation in art, society and the law, and to foster connections for different social groups”.