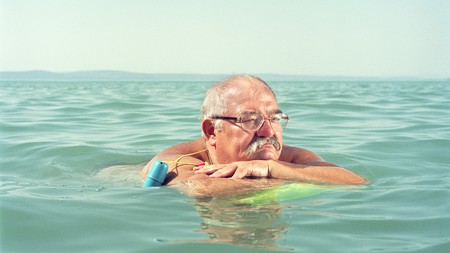 The largest lake in Central Europe, Lake Balaton evokes memories of carefree childhood vacations for many Hungarians. Photographer Zsófia Pályi captures its enduring appeal for the holidaymakers who spend their summers at the ‘Hungarian Sea’. 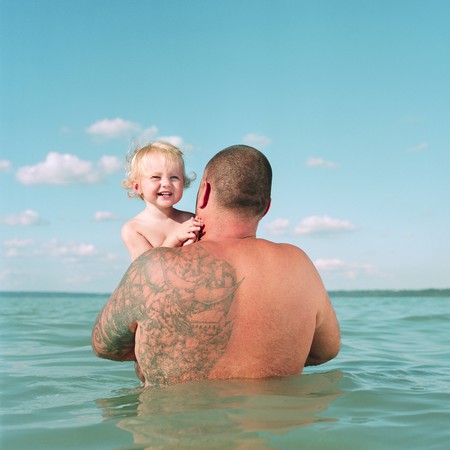 “I can only associate Lake Balaton with good feelings, my childhood memories and endless summer holidays… Lake Balaton has a special place in almost every Hungarian’s heart,” says Budapest-based photographer Zsófia Pályi, who has worked to capture the essence of the lake in her photo series Balaton (2014).

Since 2013, Pályi has travelled to the lake equipped with an analogue Hasselblad camera, photographing holidaymakers in the silky turquoise waters. Seeking to “freeze the moment” and record vacationers “in a timeless milieu”, she evokes Balaton’s faded charm, enduring appeal and rebirth.

Pályi notes that, beyond being a popular destination for working-class Hungarians in the 1960s and 1970s, Balaton had special significance during the Communist era for holidaymakers beyond Hungary’s borders. As one of the few places that both East and West Germans could travel to, the lake was a popular spot for reunions between friends and families separated by the Berlin Wall. According to the photographer, this important meeting point became less popular after the collapse of Communism, beginning to look run-down and being visited only by Hungarians. Now, however, she speaks of a renaissance.

Taken at various locations along Lake Balaton’s southern shore, between the towns of Siófok and Balatonfenyves, Pályi’s images take as their subject the relationship between the lake and a diverse population of contemporary vacationers; the interaction between nature and holidaymaker forms a poignant and at times playful thread through the photo series, as well as a relative constant throughout Balaton’s changing fortunes as a holiday destination. 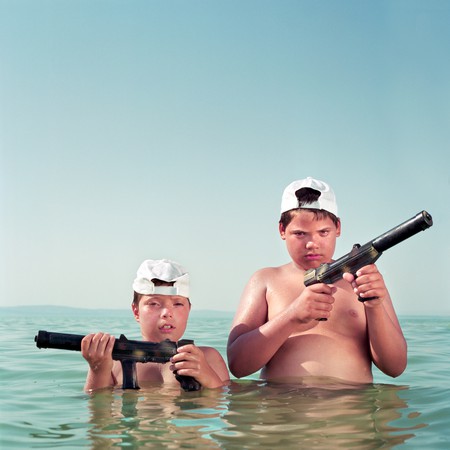 “I wanted to capture average bathers on the beach… I was interested in their swimsuit styles and those features that would mark the images as being of a particular era,” explains Pályi, also highlighting her desire to give her subjects a sense of agency with regard to the images.

“All my models are standing in the water, as am I. It was important for me that my characters could decide how much to show of themselves – for instance, they could decide whether to go deeper into the water or not,” the photographer reflects.

When asked about what the future holds for Lake Balaton – a popular day-trip option from Budapest – Pályi is optimistic that the ‘Hungarian Sea’ will once again be a popular destination for a broader international audience. “It’s a visit you should make at least once in a lifetime. Lake Balaton not only has awesome beaches, but also great sailing, hiking opportunities in the Balaton Uplands National Park and an abundance of good local wines.” 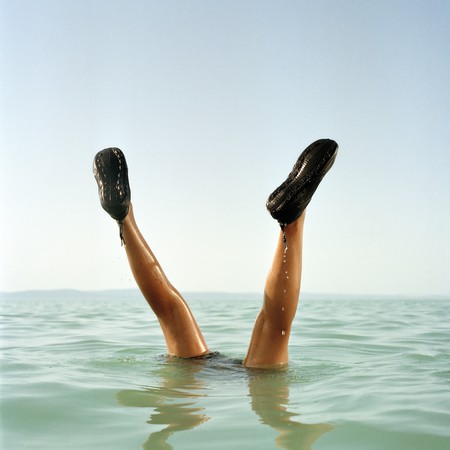