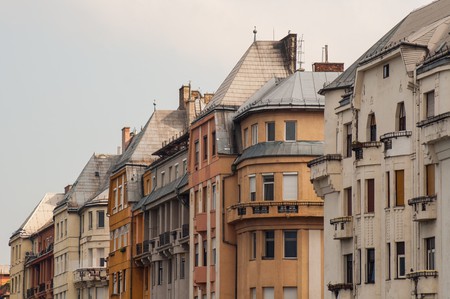 Budapest’s literary roots run deep. Wander the streets of the Hungarian capital and you will encounter the statues of Mihály Babits, Sándor Márai and Dezső Kosztolányi, while coffee houses such as the Hadik Café – once a hub for writers in the early 20th century – remain important monuments to its literary past.

Hungarian literature is often discussed through the lens of the Nyugat generation. The term refers to a group of writers that edited and contributed to Nyugat magazine, a literary publication based in Budapest that was founded in 1908 on the basis of championing new ideas and new writing. Babits, best known for his poetry and Freudian novel The Nightmare, was one of its longest-serving editors, working for the magazine until his death. 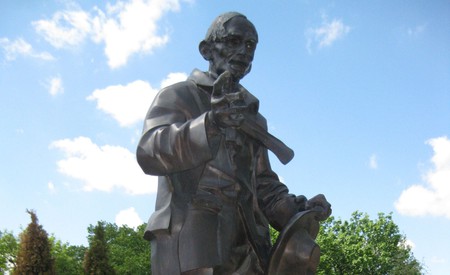 Though Nyugat ceased production in 1941, Budapest’s literary scene has continued to thrive, grow, and adapt, and the city remains a hotspot for artistic collaboration.

Panel is now the latest addition to the Hungarian capital’s cultural output. Its first issue will launch on May 11th 2018 at Massolit Books in Budapest with an evening of readings, music and talks. The launch is a fitting commemoration of the magazine’s roots, as it grew out of an event held at the same bookstore.

Jennifer Walker, the magazine’s co-editor, spoke about Panel’s unexpected conception: ‘Originally the project started out as a local venture, with [my] co-editor Masha, in which we wanted to showcase talent in Budapest with an event we host every two months called “Budapest Friday Night Stories”. We were really surprised that we had such a huge turn out – you could barely move in the venue – and people still kept coming back. We decided to take it another step further and dreamed up the idea of starting a literary magazine.’

The Hungarian capital is a city with a high demand for literature. In recent years, László Krasznahorkai – who won the Man Booker international prize in 2015 and who has been nominated again this year – has helped to bring Hungarian literature to an even wider audience, beyond its book-loving capital. While Panel’s roots remain firmly grounded in Budapest’s literary scene, their aim is to cast their net further afield, and to promote writing from both Central and Eastern Europe.

‘Our vision’ Walker told Culture Trip, ‘is to collaborate not only with other writers and artists in Budapest, but also from the region. We ended up not only with material from Budapest, but from Prague and Belgrade too. All of us in the editorial team are active in the local literary community and there are a few groups, like the artists and writers who frequent the Painters Palace, [that we work with], and Matt Henderson Ellis, one of our editors, runs creative writing workshops.’

Steered by Walker and Kamenetskaya, Panel features a team of five editors and directors in total: ‘We brought Duncan [Robertson] on as editor, who read at our first event, and then Maria [Gyarmati] on as art director, and of course, Matt [Henderson Ellis] as editor at large who helped us by introducing us to some brilliant writers, who submitted to our first issue.’

While the magazine aims to give a platform to talented voices in the region, Panel’s identity appears to remain diverse and open-ended. ‘The magazine is a mix of short fiction, poetry and some non-fiction, including personal essays, author interviews (in this issue we have an interview with Georgian author Zurab Karumidze), book reviews, literature excerpts in translation, and original artwork and photography,’ Walker explains.

Panel is now calling writers, poets, artists and photographers living in the Central and Eastern Europe region (including the Baltic States, Germany, Austria, Switzerland and the South Caucasus) to submit work for their second issue. Though it remains in its infancy, as the magazine continues to evolve, another thread will be woven into the city’s rich literary tapestry.