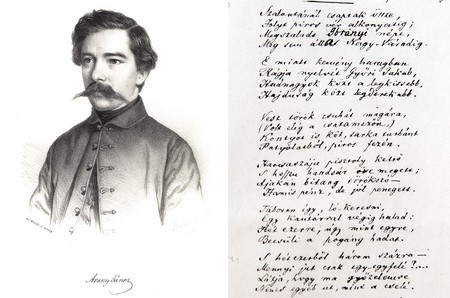 One of Hungary‘s most prolific writers, János Arany is known for his many ballads. We take a look at the life and times of the poet, who today enjoys status as a household name.

Born in 1817 in Nagyszalonta, a region of Hungary now part of modern day Romania, János Arany was one of ten children – two of whom would survive to adulthood. An avid reader from an early age, a young János would initially take up a career as an associate teacher at the age of 14 in order to support his parents. A stint studying German and French at the Reformed College of Debrecen was followed by time in an acting troupe; a career as a newspaper editor and teacher would follow, before he found success as the poet Hungary knows and loves today. 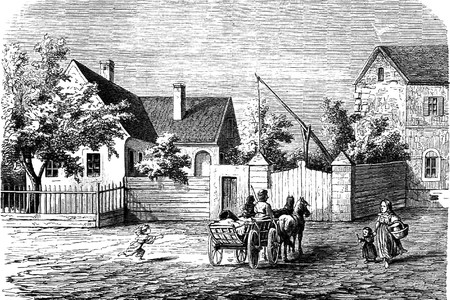 Emergence as a literary genius

In 1845, János Arany wrote his first significant work – entitled ‘Az elveszett alkotmány (The Lost Constitution)’ – which was a satirical poem inspired by local politics and would win the young poet his first prize, awarded by the Kisfaludy Literary Society.

The award gave János Arany a much needed boost in both confidence and motivation, spurring him on to write his most famous work the next year. Arany’s epic poem Toldi was published in 1846 as the first of a trilogy focusing on the adventures of Miklós Toldi, a 14th-century hero serving under King Louis the Great of Hungary. The work gained Arany recognition across Hungary and sparked a friendship with fellow Hungarian poet Sándor Petőfi – who is widely credited with provoking the Hungarian Revolution of 1848 due to his authoring of ‘Nemzeti dal (the National Song)’.

Following the revolution, after an independent Hungarian government led by Kossuth Lajos was put in place, Arany took up a position as editor of The People’s Friend newspaper, aimed at explaining the revolutionary government and its actions to the Hungarian peasantry. In 1849, after a series of battles against the Austrian army, Hungary lost its short-lived independence, and Sándor Petőfi lost his life. This would have a significant impact of Arany’s writing style, with the poet’s works taken over by a melancholy both for the loss of his friend and the loss of his country’s relative autonomy. 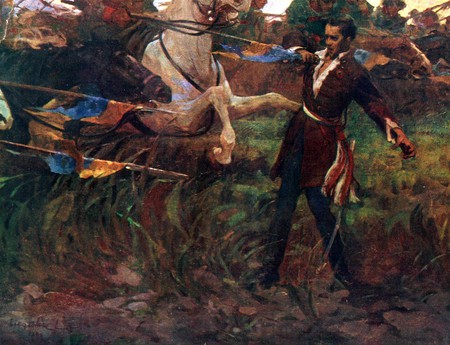 After the failure of the Hungarian revolution, Arany took a position at a school in the town of Nagykőrös before becoming Secretary-General of the Hungarian Academy of Sciences in 1865. It was in this year that tragedy would befall the poet, causing him to step away from poetry for over ten years and having a profound effect on his work. The event was the death of his only daughter, Julianna, from pneumonia.

In 1877, Arany returned to writing to create the ‘Őszikék’. Heavily influenced by Julianna’s death, the poem deals with themes such as death and solitude. It was to be his final work: János Arany died in Budapest in 1882.

Throughout his life, János Arany wrote over 40 ballads, earning him the nickname of the Hungarian Shakespeare of Ballads. Indeed, the poet would also translate three of Shakespeare’s most famous works into Hungarian – A Midsummer Night’s Dream, Hamlet and King John.

A number of events throughout his life would have an impact on the work of the iconic poet: the death of his daughter Julianna, the death of his friend Sándor Petőfi, and the failure of the Hungarian Revolution are arguably the three most significant. Among his many works, a number of János Arany’s writings stand out as must-read pieces and can be found in English, thanks to the universal popularity of the poet and his poems.

János Arany’s breakthrough poem, this three-part epic tells the tale of Miklós Toldi. Serving in the army of the 14th-century Hungarian king, Louis the Great, Miklós Toldi was a legendary hero of the time and often appears in Hungarian folklore. 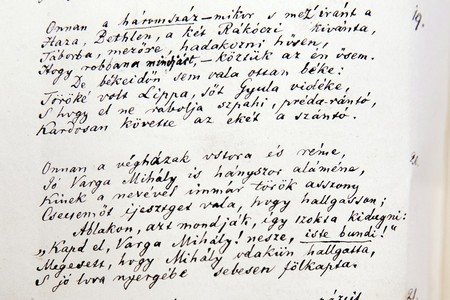 The friendship between János Arany and Sándor Petőfi is best exemplified in poetic letters between the poets, entitled ‘To János Arany’ by Petőfi and ‘Reply to Petőfi’ by Arany. From Arany’s letter, the respect and love he felt for his friend is clear: the poem talks of his friendship as a great prize.

In 1857, almost ten years after the failed Hungarian revolution of 1848–49, Emperor Franz Joseph I of Austria paid a visit to Hungary. In honour of his visit, a number of Hungarian poets were asked to write reverent poems about him. János Arany, who had himself played a part in the revolution, wrote instead about the death of 500 Welsh bards executed for failing to praise King Edward I. The poem remained unpublished until 1863, when it was passed off as a translation of another text to get past the censors. Today, it is essential reading in Hungarian schools and is one of the poet’s best known works.