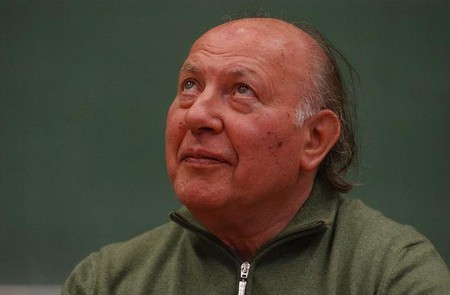 Named Nobel Laureate for Literature in 2002, the Hungarian born Jewish writer Imre Kertész has produced some of the most inspired and haunting narratives of Holocaust fiction in modern literature. Kertész’s work explores the atrocities of the fascist Nazi regime during World War II in their genocide of Europe’s Jewish population.

Imre Kertész has spent his life trying to understand the legacy and consequences of the Holocaust, which dominated his early life and shaped his pessimistic view of human nature. At the age of 15, Kertész was violently driven out from his home and forced into Auschwitz concentration camp in Poland. He was then sent to the Buchenwald camp in Germany the following year where he was liberated in 1945. Kertész then returned to his home country and began work for a local newspaper, but his career was cut short when the periodical took on a Communist political affiliation which Kertész did not support. A short stint in the military was followed by professional freelance writing and work as a translator of German language texts. Time spent in translation served as Kertész’s founding literary inspiration. His own work was drastically shaped by the authors he was translating himself, most notably the works of Freud, Nietzsche and Canetti.

Kertész’s work following his translation studies solidified his role as a progressive intellectual and master of the fictional form. While his novels were shaped by the texts and events of his life, Kertész adamantly asserted that ‘autobiography’ should under no circumstances be confused with the idea of the ‘autobiographical novel’, or vice versa. Kertész’s best known work is the inaugural book of his Holocaust-inspired trilogy, Sortsalansag (Fateless), which was published in 1975. The novel tells the story of Hungarian teenager Gyuri who witnesses the tragic capture of his father by the Nazis, and his subsequent forced departure to a Holocaust concentration camp. Gyuri’s story continues with A Kudarc (The Failure) published in 1988 following the teen’s journey from Auschwitz to Buchenwald, and concludes with 1990s’ Kaddis a meg nem született gyermekért (Kaddish for an Unborn Child). 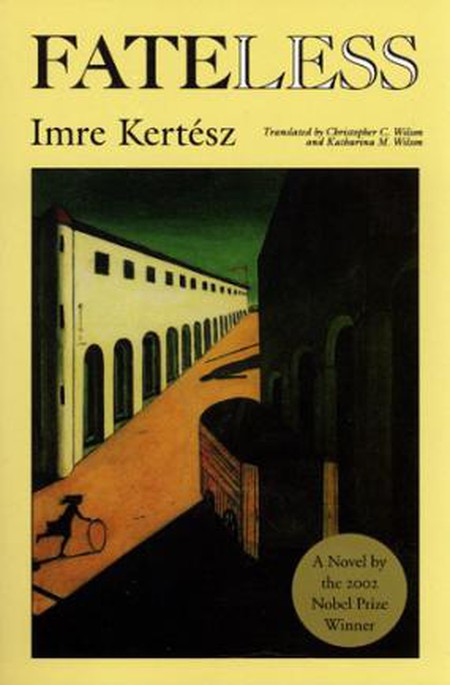 This trilogy, in addition to Kertész’s various other literary works, interrogates the insanity and violent injustice inflicted upon the Jewish community across Europe during the reign of the Nazis in addition to the psychological aftermath for Holocaust survivors. Kertész’s novels are delicately poignant in their exploration of the darkness that can exist within humanity, and never sentimental. Following his trilogy and their numerous worldwide translations, Kertész released Gályanapló, a novel framed as a fictional diary which integrated conceptual explorations of memory, history and religion during times of war and mass atrocity.

In addition to his esteemed fiction, Kertész is a highly venerated academic whose numerous lectures and essays have been published in full-volume collections including 1993s’ A Holocaust Mint Kultúra (The Holocaust as Culture) and A számu”ött nyelv (The Exiled Language) published in 2001, among many others Translated worldwide to immense critical acclaim, Kertész work continues to educate, inspire and enlighten.