Since taking part in the inaugural event in 1896, Hungary has achieved a significant level of success competing in the Olympic Games. Holding over 490 medals, the central European nation is the top medal holding country of those which have never hosted the Olympics (the country’s bid to do so in 2024 was dropped after a popular campaign by the Momentum party in Budapest). Some victories were predictable; others came as a total surprise. Join us as we take a look at some of the most inspiring Olympic stories in Hungarian history.

In 1936, the Olympic games were controversially held in Nazi Germany and are known today as the Nazi Olympics. Hitler, in an effort to promote his belief in Aryan supremacy, attempted to ban all Jewish competitors from taking part in the games. This failed, due to international condemnation and threats of boycott, and a number of Hungarian-Jewish sportsmen arrived in Berlin in 1936 to take part in the event. Competing in the most hostile environment imaginable, they went on to achieve Olympic success in a number of disciplines. 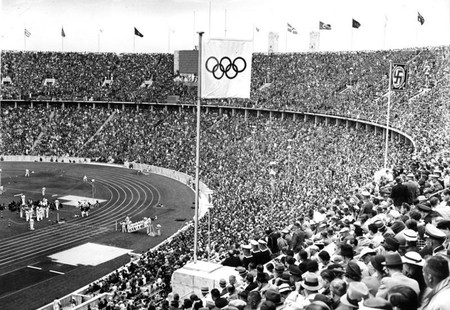 After winning his first Olympic medal during the 1932 Olympic Games, Hungarian sabre fencer Endre Kabos went on to enjoy great success at the 1936 Olympics, taking home two gold medals – one individually and one as part of the male fencing team. This was very nearly not the case: due to a lack of funding, Kabos was ready to quit fencing in 1934, however was able to continue thanks to the generosity of a patron. During World War 2, he would later be sent to a forced labour camp and died on Margit Híd in Budapest as a result of German explosives.

At eight years old, Halassy became an amputee after losing his left foot in an accident. Despite this, he went on to become an award winning water polo champion and freestyle swimmer. As part of the Hungarian water polo team, he competed in the 1928, 1932 and 1936 Olympics to win one silver and two gold medals. His victory at the 1936 Olympics was especially significant as it was just one of the many examples during the games which would challenge Hitler’s views about physical supremacy. 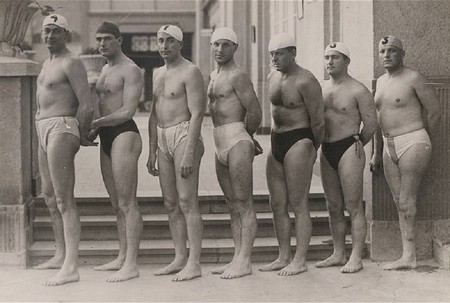 A national hero in his native Hungary, Olympic shooter Károly Takács achieved an inspirational victory at the 1948 Olympic Games in London after defying expectation and coming back from a potentially career destroying injury. A sergeant in the Hungarian Army, his pistol shooting skills were world class and he planned to compete in the 1940 Olympics in Tokyo. But in 1938, tragedy struck when a grenade exploded during army training, effectively destroying his shooting hand. Undeterred, he trained in secret and returned to competition in 1939. In 1948, he defied the odds to beat the current world champion Carlos Enrique Díaz Sáenz Valiente and took the Olympic Gold. 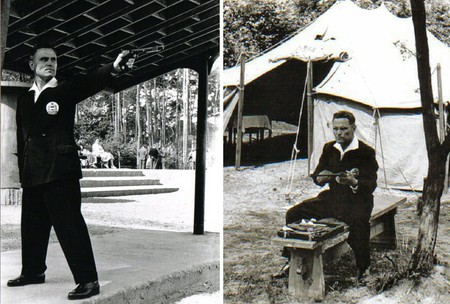 Hungary may not be seen as a pioneering force in football today, but take a trip back to the 1950s and things were a whole lot different. It was at the 1952 Olympics that the so called “Golden Team”, led by now legendary footballer Ferenc Puskás – who holds the record for the highest goal scorer of the 20th century – took the gold medal for the first time in the country’s history, beating out the previous medal holders Sweden. The following year, thanks to an invitation extended at the games, Hungary’s football team would travel to the UK to face a confident English team, defeating them in an unprecedented victory in what is now known as “the Match of the Century”. 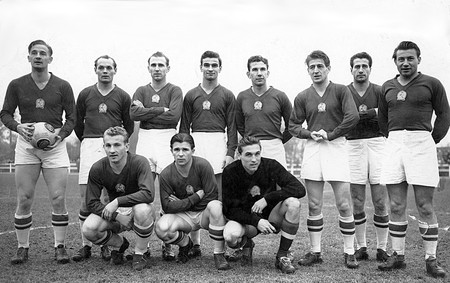 At the 1956 Olympics in Melbourne, the atmosphere between the Hungarian and Soviet teams was decidedly hostile. Only one month prior to the competition, the 1956 Revolution in Hungary had been brutally crushed by the Soviet Union and emotions were running high. When the two teams faced each other in the water polo quarter-final, the tensions bubbled to the surface. During a match riddled with insults from both sides, Russian player Valentin Prokopov hit Hungarian Ervin Zádor, causing a bleeding wound which would give the match its nickname, “Blood in the Water”. Despite all this, the Hungarian team won 4 – 0 and went on to take the gold medal. In the aftermath of the match, Zádor sought political refuge in the U.S.