Norbert Lepsik / © Culture Trip
With over 1,000 hot springs running beneath its surface and more medicinal spas than any other European country, Hungary is a hot spot for thermal baths. Locals swear by their healing properties, while their beauty attracts visitors from far and wide. These are some of the country’s finest.

Since Roman times, thermal waters in Hungary have been used for their medicinal benefits. Over the ages, bath complexes were erected and today you can find a variety of styles, from traditional Turkish baths to modern establishments. “Taking the water” is said to help combat arthritis, ease blood circulation issues, benefit the joints and more. Budapest has earned the nickname City of Spas, while across Hungary thermal baths complexes can be found with unique qualities and medicinal benefits.

Building, Spa, Health Spa
Gellert Spa | © Sandra Cohen-Rose and Colin Rose / Flickr
Dating back to 1918, these Budapest based baths are some of the city’s most iconic. Built in the Art Nouveau style, they offer a spectacular environment in which to explore the 10 geothermal pools spread over indoor and outdoor space. Intricate mosaics, stained glass windows and sculpted pillars all add to the luxurious atmosphere of the indoor Bath Palace. Outside there’s a sun terrace and wave pool which is popular during the summer months. Medical treatments are also available including the opportunity to take a bath in carbonated water.
More Info
Open In Google Maps
4 Kelenhegyi út, XI. kerület Budapest, 1118, Hungary
+3614666166
View menu
Visit website
Visit Facebook page
Send an Email
Give us feedback 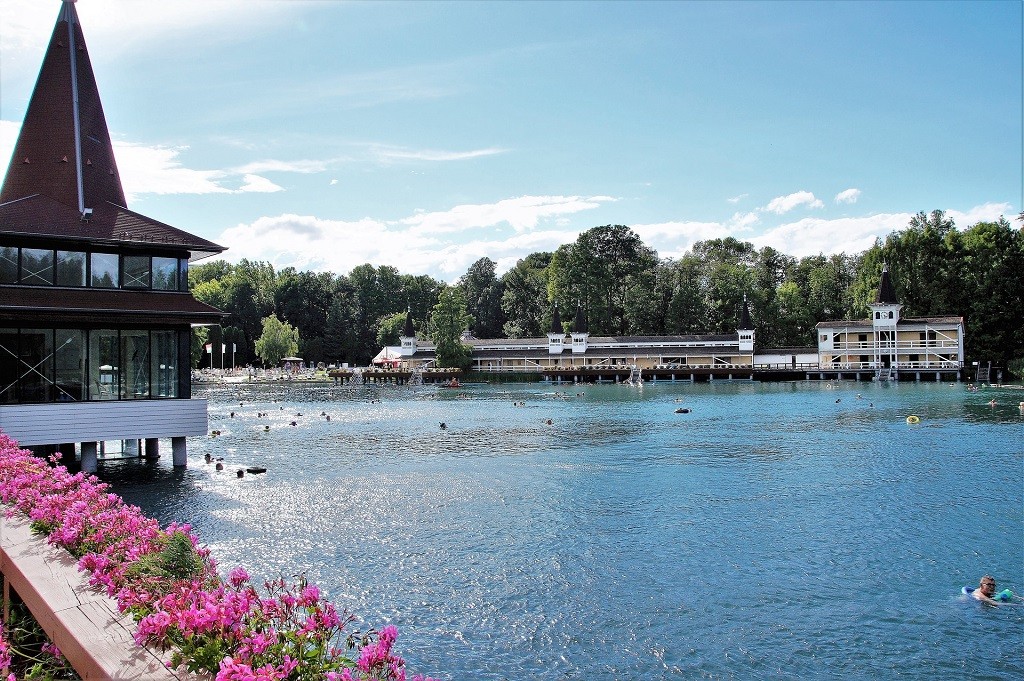 Located near Lake Balaton in Western Hungary, Hévíz is the world’s largest natural thermal lake and offers an unrivaled experience. Used for its thermal properties for over 2,000 years, during the 18th century a spa village began to take shape on its shores, seeing significant expansion in the 1900s. Today, there’s a bath house on the lake, a hospital offering treatments derived from the thermal waters and a number of accommodation options for visitors hoping to take advantage of the unique healing properties of the spa. Thanks to a combination of the water and the lake bed’s composition, Hévíz offers benefits such as prevention and treatment of joint disease and post-injury treatment.

Spa, Health Spa
Norbert Lepsik | © Culture Trip
Discovered by chance, when engineers drilling for oil came across hot springs instead, since 1961 Sárvár has been home to one of just 10 spas across Europe bestowed with the name ‘Royal Spa’. Set over an extensive space, there’s a healing spa, a family spa, an outdoor beach and adventure area open throughout the summer months, as well as a sauna world.

Sárvár benefits from two different types of geothermal water offering various benefits. Originating from a depth of 1,200 metres (3937 ft), the first can get as hot as 43°C (10.4°F) and is commonly used in aiding the healing process after sporting injuries. The second type originates from a depth of 2,000 metres (6561.68 ft) and can reach a pretty scorching 83°C (181.4°F). Incredibly rich in salt, it’s useful for dermatological treatments.
More Info
Open In Google Maps
1 Vadkert körút, Sárvár, 9600, Hungary
+3695523600
View menu
Visit website
Visit Facebook page
Send an Email
Give us feedback

Comprising 18 pools, this expansive spa located in Budapest’s City Park is one of Europe’s largest medicinal spas. There are 15 indoor and 3 outdoor pools – the waters of which reach up to 38 degrees Celsius (101 °F), and can be enjoyed year round. Visiting in winter is a magical experience, as you bathe in thermal waters while snow falls all around.

Rich in calcium, magnesium and hydro-carbonate, the waters of the Szechenyi thermal baths are best for treating joint diseases, arthritis and orthopaedic problems. There’s also a Beer Spa, where visitors can bathe in 36°C (96.8°F) water combined with natural beer ingredients – while sipping on as much beer as they want! 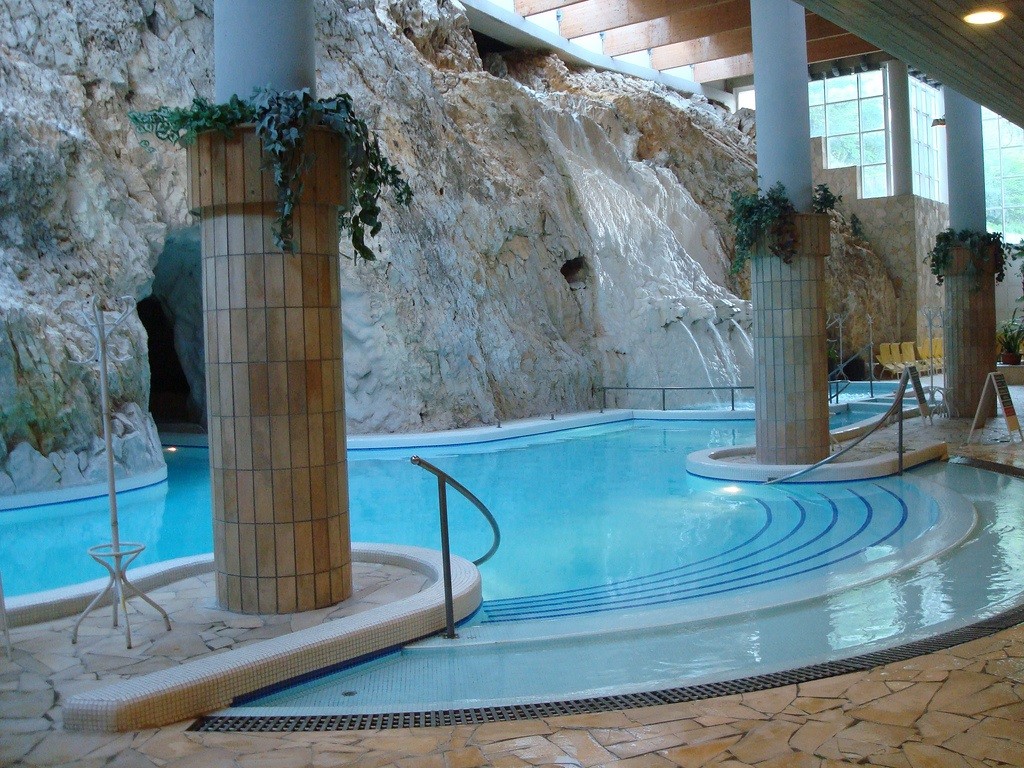 Set in a natural cave, the thermal waters in the city of Miskolc first came to prominence during the Ottoman occupation of Hungary. During the 1700s, under the ownership of the Greek Orthodox abbey of Görömböly, the first stages of a bathing complex were set up and three outdoor pools created. By the 1830s the buildings had fallen into disrepair, however from 1837 onward a series of restorations and renovations saw the baths transformed and today, Tapolca enjoys official status as a spa town. The Cave Bath was opened on May 14, 1959 and offers a unique setting in which to enjoy thermal waters with temperatures of approximately 30°C (86°F).