Why Hollywood Filmmakers Can’t Get Enough of Budapest 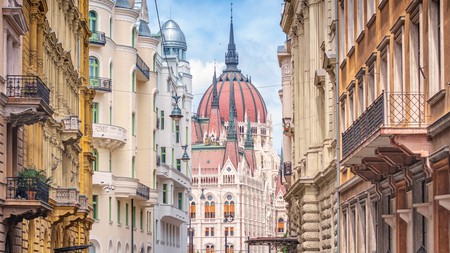 Budapest is known across the globe for its picturesque castles, hearty goulashes and luxurious thermal baths. What people may not realise, however, is that the Hungarian capital city is quickly becoming a hub for filmmaking and one that has attracted some of Hollywood’s biggest names.

If you’re an avid film fan, you might already know that A-listers such as Jennifer Lawrence, Ryan Gosling and Matt Damon have been spotted in Budapest in recent years. And while the city has many tourist attractions, it wasn’t tourism that brought these stars here. 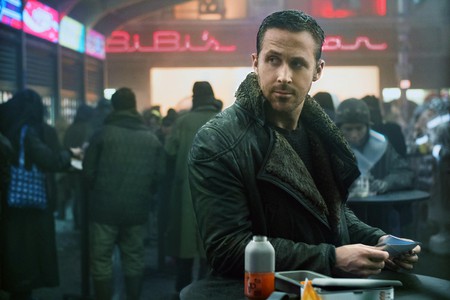 Robin Hood (2018), Blade Runner 2049 (2017) and The Martian (2015) are just some of the biggest and most recent blockbusters filmed and produced in Budapest. This is no coincidence – the city’s history, architecture and production resources have created a fertile environment for filmmaking.

Folk-horror Midsommar (2019) was set in rural Sweden, but in reality the film was shot in the Hungarian countryside just outside of the capital city. Director Ari Aster strived for authenticity throughout his chilling movie, but claimed it was the positive attitude of local crews that persuaded him to shoot in the outskirts of this city. Not everyone realises that Budapest is this close to nature, although production company Flatpack Films (who worked on Midsommar) highlights that this diverse setting is a bonus for filmmakers. “Budapest is one of the few major capitals in the world where you can go scuba diving, caving, kayaking, and indeed hiking through seeming wilderness within the city’s boundaries. This versatility is indeed very attractive to filmmakers who want the technical infrastructure an urban centre has to offer along with natural settings,” their website says.

Budapest’s unique history, which has seen it under Ottoman, Austro-Hungarian, German and Soviet rule, has also resulted in a city with a distinctive and versatile architectural landscape. So versatile, in fact, that it has become something of a chameleon location for filmmaking and has stood in for cities like Paris, Moscow and Helsinki, among other places. 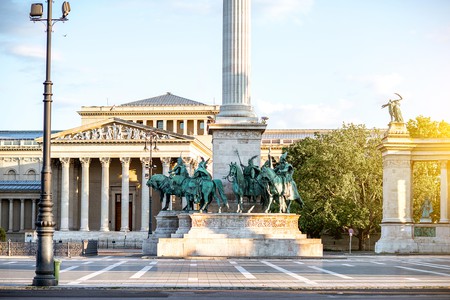 Some of the city’s most impressive architectural structures, including the Hungarian Parliament Building, Museum of Fine Arts and Liberty Bridge, were commissioned in 1896, the year that marked Hungary’s millennial anniversary. Coinciding with the Belle Époque, this period in Budapest’s history brought with it a surge in grand Romantic and Art Nouveau buildings.

These edifices have provided the backdrop of many films over the years and their presence in recent Hollywood hits is unmistakable. Paul Feig’s comedy Spy (2015), starring Melissa McCarthy, used the city not only as itself, but as Rome and Paris, too. From spy thriller Red Sparrow (2018) to the Bruce Willis action flick A Good Day to Die Hard (2013), Budapest’s streets and buildings have also stood in for Russia’s capital city, Moscow. 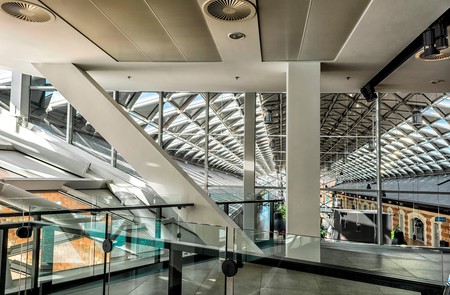 But it’s not just Budapest’s period architecture that has inspired filmmakers to flock to the city. In Ridley Scott’s The Martian, one of Budapest’s newest riverside attractions, the Whale Shopping Centre (known locally as Bálna), was used as the set for the NASA facility where Jeff Daniels and company plan Matt Damon’s rescue.

Blade Runner 2049, the Denis Villeneuve-directed sequel to the 1982 sci-fi classic, even found a way to appropriate Budapest’s Neoclassical former Stock Exchange Palace as a dystopian Los Angeles casino. The director was clearly impressed by his time in Hungary, with production on Dune currently underway in the city with a release date planned for late 2020. 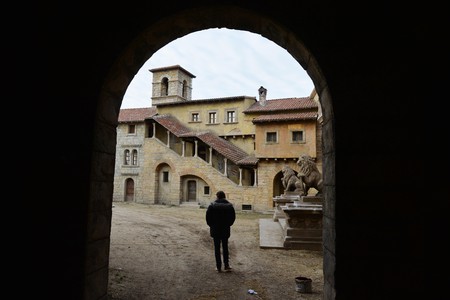 Hungary also boasts a number of well-established and state-of-the-art film production studios which have drawn in Hollywood filmmakers. Chief among them is Korda Studios, an expansive facility located in the village of Etyek, 26 kilometres (16 miles) outside of Budapest.

The studio, which houses one of the largest sound stages in the world – it spans 6,000 square metres (64,583 square feet) – set the stage for The Martian’s stunning extraterrestrial landscapes and provided most of the settings for Blade Runner 2049.

Finally, there is one other major factor that has attracted Hollywood filmmakers to Budapest: cost. Not only are production and employment costs lower in Hungary than in the USA, but there are significant tax breaks for movies made there. Through the Motion Picture Act and Corporate Tax Act, foreign film productions spending at least 80 percent of their budget in Hungary are eligible to receive 25 percent of the film production costs back from the Hungarian government. It’s an incentive programme that is proving fruitful for all. 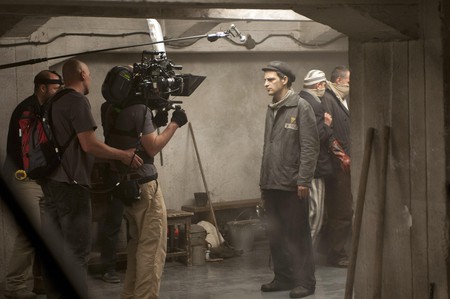 Of course, all these resources for film are not in place to cater solely to Hollywood productions. Films such as Son of Saul (2015), which won an Oscar for Best Foreign Language Film, and On Body and Soul (2017), which is nominated for the same category at this year’s Academy Awards, are indicative of Hungary’s flourishing local film industry.