Here's How This Charming Village in Hungary Celebrates Easter 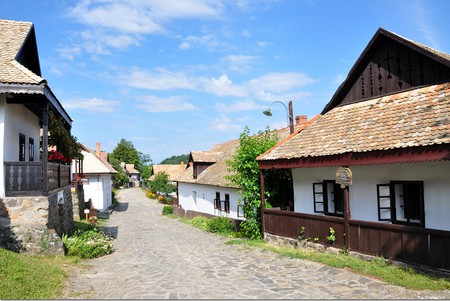 Hungary’s Easter celebrations are quirky, fun and steeped in tradition. While they can be enjoyed across the country in various forms, one small village near the Slovakian border transports visitors and locals back in time with an authentic Easter Festival, marking the holiday as it has for centuries.

In the north of Hungary, a small community of ethnic Hungarians live a traditional life. They’re called the Páloc and a visit to the area in which they live, sometimes referred to as Páloc country, offers a peek into a uniquely traditional way of living. The World Heritage Site of Hollókö is a part of this area and, every year, holds an Easter Festival to remember.

For the opportunity to taste traditional Páloc cuisine, a trip to Hollókö’s Easter Festival is a must. On the Saturday before Easter, a range of traditional Hungarian delicacies can be enjoyed at the village’s gastronomic events, kicking off with dishes such as the Hungarian Easter Ham, which is smoked and preserved for months before being eaten.
A food market showcasing the best of the area’s local produce can be also be found, with home made jams, baked goods, honey and more, while the village’s cheese house will open its doors to those interested in learning more about traditional cheese making methods. There are also a number of dishes created using time honored techniques, in a bid to show that delicious food can be conjured up from the simplest of ingredients. 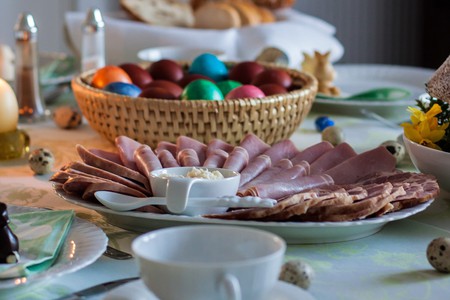 A number of musical performances from traditional folk artists can be enjoyed throughout the weekend, adding to the vibrant and colourful atmosphere of the festival. Popular Hungarian violinist Lajkó Felix will grace the stage at Hollókö Castle on the Saturday, while the Kerekes Band folk group will also perform during the 2017 festivities.

One of the most popular Easter traditions in Hungary is egg painting and Hollókö’s Easter Festival is the perfect place to perfect your artistic skills. The village organises a program including craft fairs allowing visitors to try their hand at creating the perfect traditional Easter egg, as well as enjoying folklore performances and kids’ programs to keep the little ones happy. 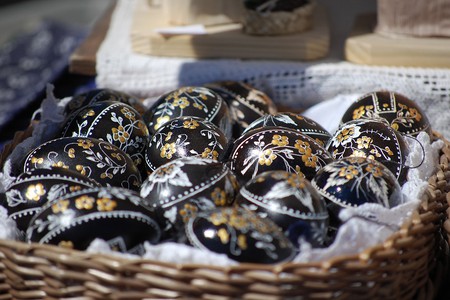 As the main event, Easter Sunday begins with a number of more religious celebrations as the resurrection of Jesus is commemorated. Easter Mass takes place in the morning, before a procession makes its way through the village. Participants, dressed in traditional folk costume and accompanied by folk dancers, spray water at passersby in the Easter tradition of Locsolkodás (see below). The afternoon is taken up with musical performances and dance shows on open air stages as the village is filled with the sound of music and festivity. 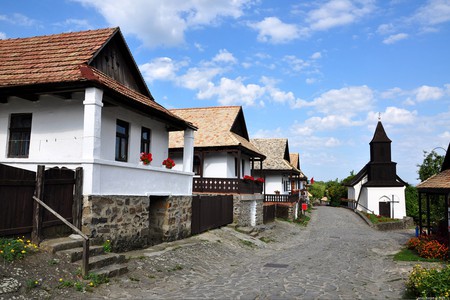 Alongside the music, dance and folk performances, Easter Monday features one of the village’s most famous Easter traditions. Locsolkodás involves men drenching women with water in a ritual which has its roots in pagan beliefs connecting water and fertility. In return, the men are offered alcoholic beverages – usually in the form of a shot of pálinka (one of Hungary’s national drinks). Enjoyed across the country but the tradition of water sprinkling is at its best in Hollókö. While the custom has been modernized in most of Hungary, with perfume used instead of water, in Hollókö it’s still celebrated the authentic way! Participants dress up in traditional folk costume and from 10am onward, men with buckets of water can be seen soaking women throughout the village.