Here's How Hungary Celebrates the Day of the Dead 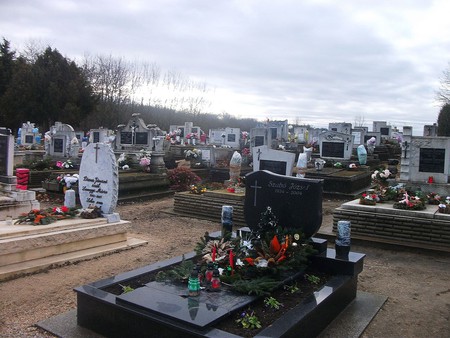 While the end of October is typified by witches and ghouls, magic and the walking dead, costumes and – of course – numerous parties, it’s still very much a Western experience. While Eastern European countries are increasingly indulging themselves with a bit of gore and horror on October 31st, All Saints’ Day or ‘day of the dead’ is a far more important date. In Hungary, 1st November is a national holiday, giving the workforce the opportunity to be with family while they remember those that have passed.

What is the history of the ‘day of the dead’?

Called ‘Mindenszentek’ in Hungary – literally ‘All Saints’ – the history of the holiday goes back to the 4th century and has its roots firmly grounded in Catholicism. November 1st was a day to pay respects to martyrs and saints, but over the years it has become less about the great religious figures and instead about remembering loved ones.
As such it’s perhaps now more commonly referred to by Hungarians as ‘halottak napja’, or ‘day of the dead’.

The idea that the spirits roamed the earth around this time of year continued from the pagan belief and meant that there was to be no labour to be undertaken on this day. It was believed that any ground worked on this day would attack the dead, and eating any crops produced as a result of this work could kill. Even sewing was forbidden, with each stitch being a ‘stab’ at the dead. There was even a belief that no one should wash their clothes for a week, for fear that the spirits might stand in the water and rot anything that was cleaned. 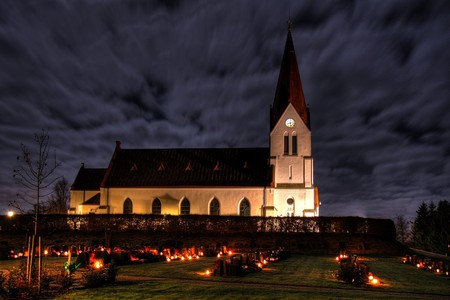 While the first day of November is the only day that is a national holiday – and has been since 2001 – the celebration is actually spread over two days, first All Saints’ Day and then All Souls’ Day on the 2nd.

The national holiday allows Hungarians to travel home, where they typically spend time with family and attend graveyards en-masse to remember those they have lost. This means lighting a candle on or around family graves, followed by a moment of silence. As such you’ll spot a number or colourful and ornate candleholders placed throughout the country’s graveyards. An old superstition said that the person whose candle is extinguished first will be the next to die.

Additionally the graves are tidied and cleaned, flowers may be laid and church bells ring out. In some parts of the country the light is left on while the family attends church, giving the spirits of the dead an opportunity to look around the home while no one is there. There’s even a saying: ‘Míg a harang szól, a halottak otthon vannak’ – or, ‘while the bell sounds, the dead are at home’. It’s a little creepy, admittedly. 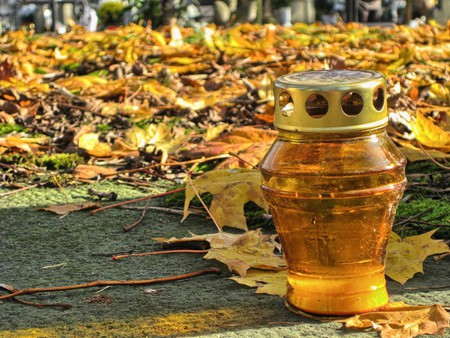 How to join in with the occasion

The expectation is that you should attend the graves of those you wish to remember, and typically Hungarian families are buried if not together then at least in the same cemetery. If this isn’t possible for you, then it’s enough to light a candle at home or somewhere of significance, but some graveyards have space for offerings for those without a grave or even include small bonfires for those who died abroad or without a known location.

In Budapest you may well feel conspicuous if attending smaller graveyards, but the centre of the city still has a couple of larger, more touristy locations where you are more likely to avoid any social faux pas. In Pest you should head to Kerepesi Cemetery, a large and grand graveyard filled with many famed Hungarians and a Soviet memorial.

On the Buda side the best option is Farkasréti Cemetery, also the resting place of many notable Hungarians. It is well-known for its view over the city, and therefore a good place to take the family while remembering loved ones.

It’s worth noting that some places, in particular the south of Hungary around Szeged, also include a tradition of baking a sweet bread – called kalács – and bringing that to the cemetery, either to leave by the graves or to share with the homeless so that they, too, can remember their loved ones. 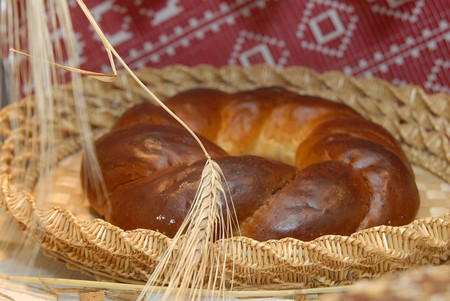 Лобачев Владимир/ wikimediacommons
Give us feedback