Budapest © Moyan Brenn/Flickr
Situated on the beautiful River Danube, Budapest is already a well-established cultural hotspot, home to a plethora of architectural treasures, museums, entertainment venues and popular coffee houses. It is also one of the best cities in which to encounter the latest trends in Hungarian and Central Eastern European art. These are ten of the best contemporary art galleries to be found in Budapest.

Museum, Art Gallery
Add to Plan
"Kolbenneblok" (1989) - Bronze sculpture by Tony Cragg, the Scottish National Gallery of Modern Art, Edinburgh | ©Spencer Means/Flickr
Knoll Galéria Budapest was the first private gallery to open in Hungary when it launched in September 1989. It was the first of its kind in the whole Eastern Block, even before the fall of the Wall. Alongside its Viennese counterpart, the gallery has a history of specialising in Central and Eastern European art. It has played a crucial role in the career development of the region’s artists and their presence on the international scene, aided by participation in art tours, fairs, conferences and symposiums across the world. Today Knoll Galéria Budapest represents an eclectic mix of artists, from renowned British sculptor Tony Cragg to experimental Hungarian photographer Luca Gőbölyös. Furthermore, it is not averse to political works, which are prevalent among the gallery’s Russian artists, such as Natalia Nikitin and groups AES+F and Blue Noses.
More Info
Open In Google Maps
10 Liszt Ferenc tér, VI. kerület Budapest, 1061, Hungary
+3612673842
Visit website

One of the best places in Budapest to buy photography, Vintage Galéria displays both modern and contemporary works by local artists. Highlights from their contemporary collection include the visual trickery created by Pál Szacsva Y through superimposing images onto each other, and Dezső Szabó’s bold depictions of man-made and natural events. A healthy presence of humour is apparent in many of the photographs, like the playful landscape art of Tibor Gyenis, or the eccentric black and white portraits by Gábor Gerhes. Vintage Galéria also represents artists who experiment with new media, such as Gábor Ősz, who has worked with inkjet and digital prints. Of additional interest are several books on modern and contemporary photography published by the gallery.

One of Budapest’s more established contemporary art galleries, Deák Erika Galéria has been operating in the city since 1998. It primarily represents painters who produce works to suit a variety of tastes. Their painting styles range from striking op art by the likes of József Bullás to realistically detailed bird’s eye views by Levente Baranyai. Prominent national and international artists have exhibited their work here, such as Spaniard Antoni Muntadas, whose mixed media projects focus on socio-political topics, like the relationship between public and private space. 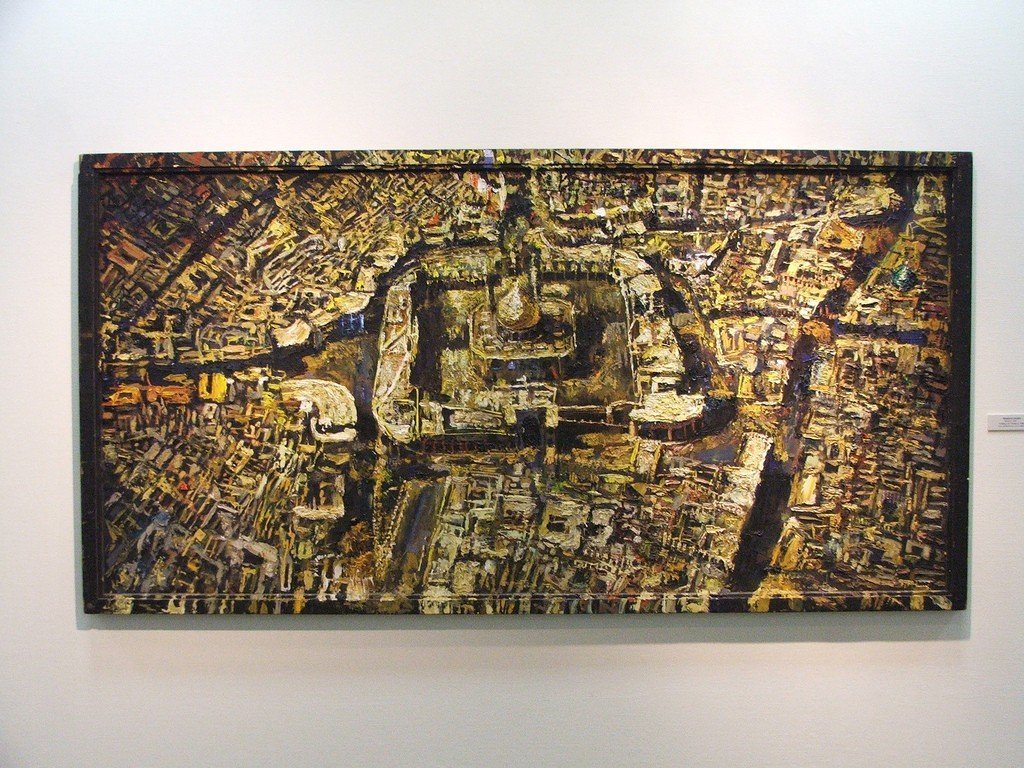 Founded in 2002 by András Böröcz and László Böröcz, 2B Galéria was initially located in Budapest’s District 3, before moving to District 9 in 2006. The gallery’s multi-disciplinary exhibitions cover a broad subject range, encouraging intellectual thought and debate. Past shows have included an exploration of audiovisual perception for blind and partially sighted audiences and a display of works created by the relations of Hungarian artist Béla Fekete Nagy (1904-1983). The brain and nervous system was the theme of a recent Kardos Botond (1949-2010) showing, interested in the secrets of the brain scientists were still trying to understand. The artist, known simply as BOTOND, had tackled this subject matter with medically themed paintings and charcoal drawings, as well as surgical-looking sculptures sewn from laminated polyethylene.

Art Gallery
Add to Plan
INDA Galéria has been championing Hungary’s emerging contemporary artists since 2006. Its exhibition space in dynamic Király Street acts as a shop window for burgeoning local talent. The gallery represents individuals like AKA, who wants to bring fine art to the masses through commercial technologies and street, public or land art. Young, independent art historians (Brigitta Muladi, Judit Parádi, Gábor Rieder, and occasionally others) curate the gallery’s thought-provoking exhibition programme. This includes shows like Lajos Csontó’s Come With Me(2014), featuring his many self-portraits, mimicking the trend for ‘selfies’ and his other psychoanalytic works documenting, and commenting upon, modern life. INDA Galéria has also participated in Art Market Budapest an international contemporary art fair held in the capital every year.
More Info
Open In Google Maps
34 Király utca, VI. kerület Budapest, 1061, Hungary
+36704203124
Visit website

Swiss art historian and curator Patrick Urwyler and Hungarian sociologist Bogi Mittich founded Chimera-Project as a mechanism for international exchange. Having worked in several art institutions in Bern, Berlin and Budapest, they opened this Hungarian space as an exciting showcase for their mission. Urwyler and Mittich encourage international collaboration through introducing global artists in their Budapest gallery and conversely organising shows for Hungarians abroad. One such collaboration has been with Bratislava-based SODA Gallery for the exhibition Skydivers, Brides & Wheels (2014), featuring works by the prominent artists Viktor Frešo, Lucia Tallová and Milan Vagač. Chimera-Project promotes a diverse range of talents, such as Gábor Koós, who documents places through bold black and white ink prints, and Zsófia Keresztes, who enriches her life-like sculptures with a crafty sense of humour.

Stúdió Galéria is the permanent exhibition space for Budapest’s Studio of Young Artists Association (SYAA). It promotes current, progressive projects and gives artistic newcomers an opportunity to organise their first solo shows. Stúdió Galéria is well known as the location for the first significant exhibitions in the careers of many of today’s elite Hungarian contemporary artists. Since 1991 the gallery and SYAA have been organising the Gallery by Night series of exhibitions. For this event Stúdió Galéria opens at night for several days, presenting fresh shows each evening by SYAA members and guests from their exchange programmes. A further way in which the gallery attracts a wider audience is through its programme of lectures, discussions and performances, which tackle subjects like the Eurozone financial crisis, or present new works by emerging artists. 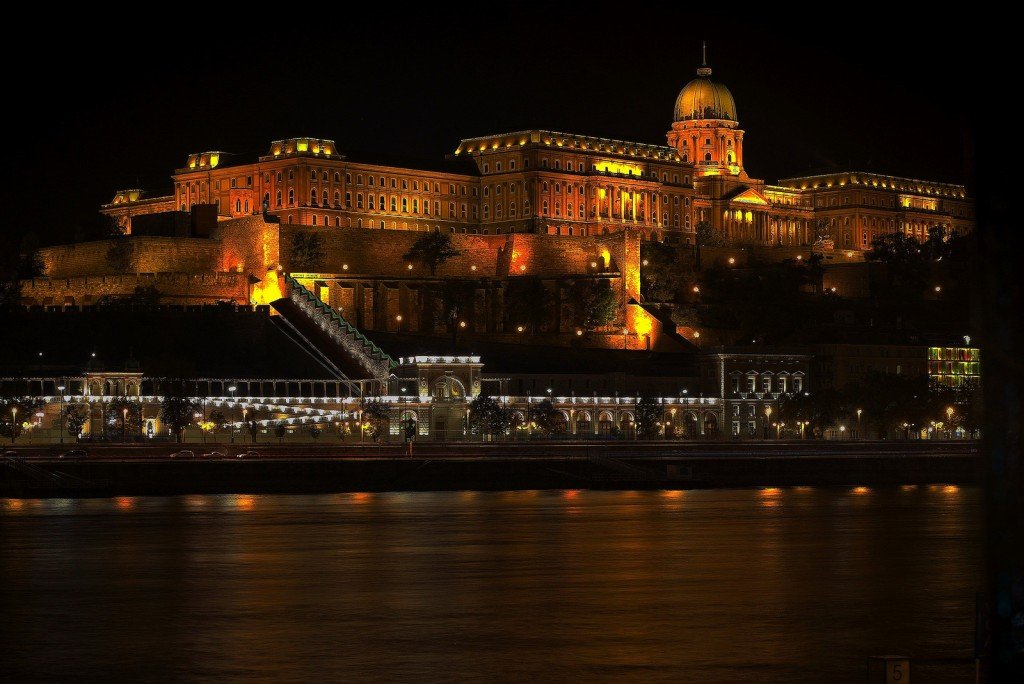 Founded in 2003, acb Galéria showcases progressive contemporary art in Hungary and abroad. It provides a platform for innovative mid-career and emerging artists who work in both traditional and new media. One such artist is Hungarian Róbert Batykó, who has already won several awards in spite of his young age for his paintings in a street art style. Batykó’s past exhibitions for the gallery have featured unwanted and discarded objects as the focal points in his montage compositions, brought to life by a clever use of light. Group shows also play an important role at acb Galéria, which are often guest-curated around themes such as artists’ relationships with digital technologies in Hungarian art of the 1990s. 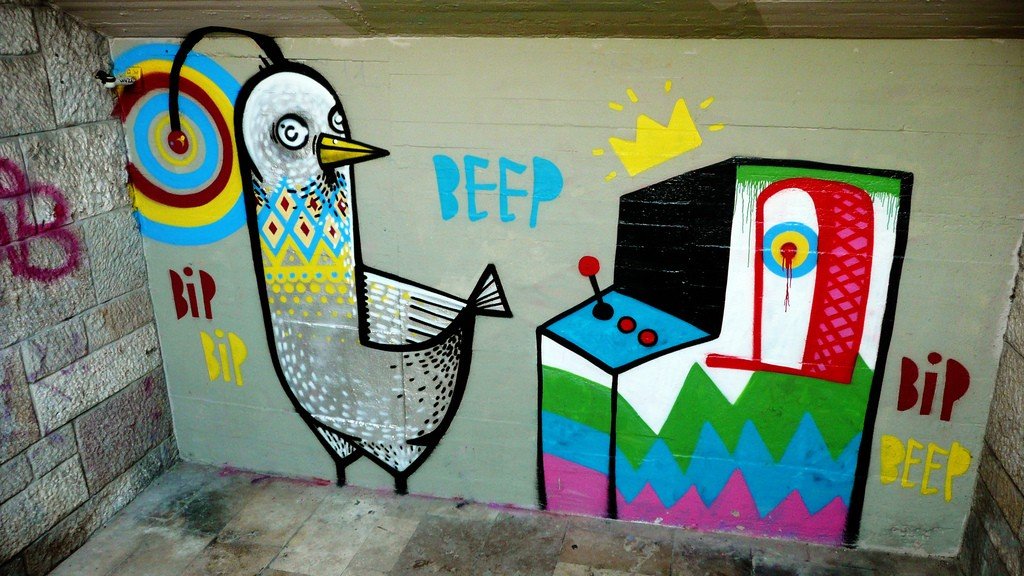 Since opening in 2006, Kisterem has received both national and international recognition for its cutting-edge contribution to Budapest’s art scene. It hosts inspiring, and sometimes unusual, exhibitions like Ádám Albert’s 2014 installation exploring the history of aluminium in Hungary. The gallery represents local artists who work in a variety of media, from Kamilla Szíj’s intricately beautiful pencil and ink drawings to Tamás Kaszás’ multi-textured models, made out of everyday materials. Kisterem has participated in several major art fairs over the years, including Art Rotterdam, LISTE Basel, Viennafair, Art Cologne, FIAC Paris and Frieze London.

Art Gallery, Museum
Add to Plan
Navid Nuur: 'PopP' | ©Selena N. B. H./Flickr
Trafó Galéria operates from Trafó Kortárs Művészetek Háza, a venue for contemporary theatre, music, dance, circus performance and visual arts. Its gallery has hosted exhibitions by internationals such as Navid Nuur, an Iranian-born Dutch artist. Nuur presented some of his newest, most vibrant works, created with the help of smoke bombs, light-reflecting panels, or vitamins added to paint. His show visited Trafó Galéria after being on display in Centre Pompidou, Paris and Stedelijk Museum, Amsterdam. Group shows are also commonplace at Trafó Galéria, which in the past have introduced themes like environmental politics or the symbolism of clothing. Furthermore, Trafó Galéria has been the organiser of talks allowing curators, academics, writers and artists to discuss critical theory in relation to Hungarian and Central-Eastern European art.
More Info
Open In Google Maps
41 Liliom utca, IX. kerület Budapest, 1094, Hungary
+3614562044
Visit website