A Solo Traveler’s Guide To Budapest

Budapest was always on my bucket list of cities to visit and I ended up choosing it for my first trip as a solo traveler. The experience could not have been more positive! The city is full of possibilities and activity, with events taking place all through the week. Do you feel like partying until dawn on a Monday evening? Are you looking for a diverse cultural scene? Hype bars? Good food? Budapest has it all! Here’s a guide to the Danube’s pearl. 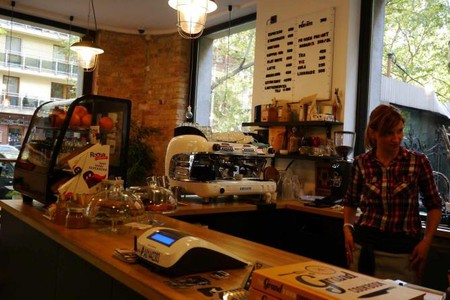 Viki, one of the owners of Mester Bike + Coffee Project | © Sara Gonçalves

When I began asking around about Budapest, one subject was on the top of everyone’s list: parties! I enjoy a good party as much as the next person, but I was also looking for more: beautiful sights, bits of history, fairly new gastronomy, and some cultural entertainment. I arrived on a Saturday night with a backpack for my clothes for the following five days. I got picked up at the airport by a driver who spoke no English, but who smiled enough to reassure me he knew where we were going. In 20 minutes, he dropped me at my hostel in the Ferencváros district. 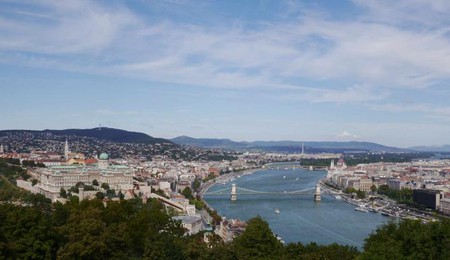 The hostel was central enough to allow walking to both the Danube and the city center. Or, if I was feeling lazy, I was able to jump on metro line 4 and 6 – they run 24/7! I was very pleasantly surprised about this, as most public transportation in Europe closes by 1AM. The extended hours meant that I didn’t need to spend money on taxi fare and I also didn’t need to worry about missing the last train.

Having stayed next to Mester Street, I woke up to the difficult task of choosing one of the many bakeries around. The sign – ‘Coffee’ – in a bike shop caught my eye. Mester Bike + Coffee Project has recently opened its doors in this new location. The bike shop had already existed for five years, but the owners, Viki and Kitty, said they always dreamed of a place where they could combine their interest in bicycles with their taste for very good coffee. I enjoyed the best cappuccino of the trip at Mester Bike + Coffee while relaxing on one of their sofas and watching the busy street outside. Even if you just pop in for coffee, it’s hard to resist the temptation to purchase from their selection of bikes and cycling accessories. The shop is clean and cozy and the ambient music creates such a dreamy environment that you’ll want to linger, and definitely return! 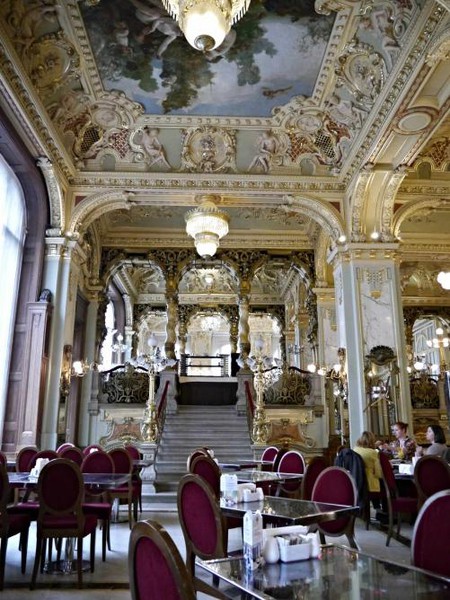 Good walking shoes are important if you plan to stroll along the Danube. Start at Petöfi Bridge for your first view of Buda Castle (Royal Palace). I had been told that Gellért Hill offered the best panoramic view of the city, so that was the next stop. The 20-minute hike uphill was well worth the effort. The views from atop are magnificent and imperial. The Danube’s deep blue divides Buda and Pest and you become entranced observing this white city, awash with green and red cupolas.

It is however when night falls that you can’t help but ‘ooh’ and ‘ahh’ at the beauty of the city! The image of Budapest at night is one you’ll store in your mind throughout your life; no matter how many other beautiful sights you’ve laid eyes upon, it will haunt you. You must save a whole evening for a stroll that includes Gellért Hill, Buda Castle, and Matthias’ Church, and then head down to the river front to be confronted with the Parliament’s blazing lights. My favorite spot was Margit Bridge, where I could see both sides of the city and the boats that shake the reflections off the water. 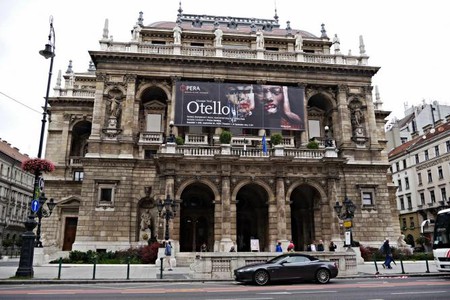 As you will probably be tired from walking so much take a break at Morrison’s 2, located right off the bridge. Monday evening means cheap cocktails and the place fills up from 11PM. Don’t only expect tourists, as there will also be a good number of locals present. The first dance floor opens with salsa music, so start dancing and leave your stereotypes at the door. You may be surprised at how well the locals can move to this style of dance, more commonly associated with Latin America. Later in the evening, you can visit dance floor number two, which plays commercial hits. If you feel like singing instead, head down to the karaoke room. No one would guess it’s a Monday, but Budapest keeps its energy levels very high!

Following a local’s advice, I started my second day at Angelika’s Café. The view of the Parliament and an award-winning sponge cake made the trip worthwhile. Despite being in every guide, this café still offers affordable options, unlike the expensive New York Café, where you pay for the location. New York Café claims to be the most beautiful café in the world, and indeed you’ll believe it. Ornately decorated ceilings, baroque décor, luxurious desserts, and old age charm will make you feel a bit aristocratic. There’s even a piano player to help you feel like you’re in the 1920s!

Until October 31st, you can visit the temporary exhibition of Robert Capa’s work in color photography at the Robert Capa Contemporary Photography Center. At the end of the exhibition there’s a movie about Capa’s life. Save an hour for it; it’s definitely worth learning more about one of the greatest photographers of the 20th century. 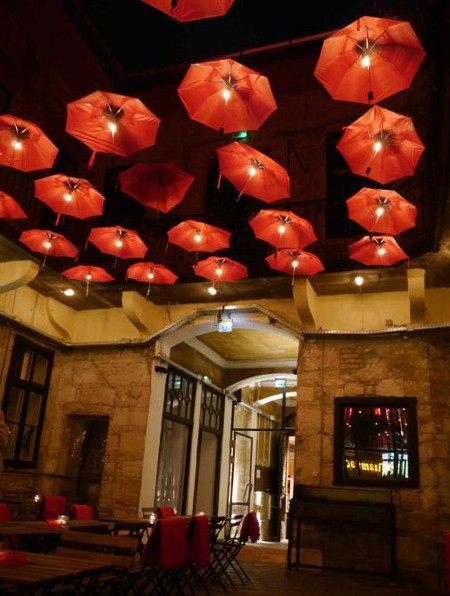 Cultural Budapest continues with a visit to the gorgeous Opera House, the construction of which dates back to 1875 and was only allowed by the Emperor Franz Joseph of Austria-Hungary under the condition that it would be smaller and less magnificent than Vienna’s own Opera House. It didn’t look less impressive in my eyes, but then again comparisons can be subjective. Verdi’s Otelo just premiered and will run until at least 2016.

The Erkel Theater hosted a dance show that lasted for less than a month, but it was so good that the creators should consider a European tour! Mad Dance is a compilation of four pieces – nearly three hours of excellent contemporary dance. Troy Game will glue you to your seat from minute one; raw masculine power on stage. Petite Mort highlights Mozart’s elegance, and this dance piece is original and surprising. You will enjoy the playfulness and humor in Six Dances and be moved by the tension of Walking Mad, the piece that brings Bolero’s Ravel to its climax.

A trip to Budapest would not be complete without a visit to the thermal baths. I was not original in my choice – I went to the most famous: Széchenyi. I thought I would quickly try one of the aromatic pools and be done in two hours. Instead, I spent four hours pool hopping between 30 and 37 degrees. You can continue to indulge at Drum Café, home to the best meal I had in Budapest. Typical Hungarian cuisine and good service; entrée, main dish, dessert, wine, and espresso, all for under ten euros. You cannot get a better deal than that!

For vintage lovers and those who simply can’t miss a chance to shop, check out Szputnyik store. The title comes from a Haruki Murakami novel – Sputnik Sweetheart. Here you’ll find unusual pieces with unique designs and new items lined up with vintage men’s and women’s wear. It’s hard to leave empty handed.

Finally, don’t forget the Ruin Pubs! I had no idea what they were, despite the fact that they were in every guide book and recommended by everyone. After entering one of these places you will want to tour them all. Budapest has some of the best bars in Europe. The best-known ruin pub in Budapest is Szimpla Kert (‘simple garden’). It is so well known, in fact, that you’re likely to bump into every tourist you’d met while exploring the city. This place is like a surrealistic painting. There are so many unique features of the bar: an open air cinema, an exhibition hall, a bicycle fair, and a Sunday vegetable market. You should then wander through the narrow streets around Király Street as you won’t be disappointed with the ruin pubs on offer; you’ll find Anker’t, Extra, and Doboz, just to name a few. Get some bottles of Hungarian wine to take home, if you can! Emptying them will serve as the perfect excuse to visit Budapest on vacation again.