A Lesson in Social Realism: The Best of Hungarian Cinema 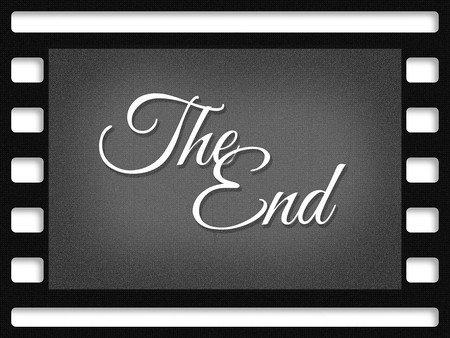 Hungary’s lack of an international cinematic reputation means few are familiar with the country’s master works and their visionary craftsmen. From the devastating social realism of Bela Tarr to the social dichotomies of Miklos Jancso, Hungarian filmmakers have made valuable contributions to European art house cinema.

In the midst of a rural agricultural community where everyone knows everyone, love sick teenager Mari (Mari Törőcsik) is ridiculously infatuated with Mate (Imre Soós) and sees them spending the rest of their lives together. Unfortunately Mari’s domineering father, a stalwart enthusiast of the Communist ideal, has already planned her marital future. Frowning upon Mate’s outspoken disapproval of the farming cooperative, Mari is instead promised to a local land baron. Released months before the failed revolution against Soviet imposed rule in 1956, despite the wearingly obvious Communist propaganda, Merry-Go-Round is a truly dramatic and rewarding love story. Particularly impressive are the performances from the two lead roles, especially Mari Törőcsik who is utterly convincing caught up in the rushes of adolescent first love and romance. Striking camera work and directorial artistry from Zoltán Fábri makes this a fascinating piece of Hungarian film history and an important artefact of the Communist era.

A cinematic history lesson from Miklós Jancsó, The Round Up addresses the treatment of Hungarian guerrilla and freedom fighters imprisoned after the failed 1848 revolution orchestrated by Lajos Kossuth, who is still considered the father of Hungarian democracy. Set in a maze like prison, the inmates are subjected to all forms of mental and physical torture in an effort to get them to confess the identity of the movement’s top echelon. The wide expansive plains of the Hungarian Puszta are effectively juxtaposed against the intense claustrophobia of the concentration camp. Saturated with the blinding rays of the scorching sun the white walls of the prison seem to bake, almost vibrating with heat, and redemption for these prisoners seems impossible.

Apa is another classic from internationally acclaimed director István Szabó which engages with social realism and historical dichotomy. A coming of age story about a boy’s attempts to adjust to life without his father during the Hungarian Revolution of 1956 Apa slots neatly into the traditions of European art house, representing the political, social, and psychological turmoil of revolutionary events. Highlighting changes to the structure of the Magyar Republic and the struggles with merely existing in it on a day to day basis, the young boy (András Bálint) slowly begins to question his own place in the new society and his father’s place in the old wartime society. An example of an early cinematic depiction of the Holocaust, Apa presents an affecting lesson in identity crisis and the dangers of historical memory.

The most celebrated film from veteran director Miklós Jancsó, this Russian–Hungarian production was ahead of its time in its realistic portrayal of the savagery and futility of war. Set in 1919, two years after the October Revolution The Red and the White is effectively an anti-war film. Rather than portraying the glorious birth of the Soviet Union Jancsó strips the genre of all its previous romanticism and heroic sentiment, and refuses to be bound by conventional story telling or cinematic techniques. Providing a neutral view of the fighting on both sides, central and invincible characters are done away with, death is frequent, and when it comes it’s blunt. Distant shots make the ‘action’ confusing and difficult to know what’s going on amidst the carnage in which unnamed soldiers are gunned down in their masses.

Luca’s husband János (Iván Darvas) has been arrested by the secret police during a time of social and political unrest after the death of Soviet Premiere Joseph Stalin. Her bed-ridden mother in law (Lili Darvas) is gravely ill. Fearing her husband’s arrest could cause her to quite literally lose the will to live, Luca (Mari Törőcsik) writes letters pretending to be from Janos in the hopes that it will ease the old woman’s suffering. Winning the Jury Prize at the 1971 Cannes Film Festival this endearing tale from Károly Makk tugs at the heart strings and opens the tear ducts. Love typifies the social realism that is a key part of classic Hungarian cinema, unafraid to focus on the country’s fraught and contentious political history, despite the state mechanics of censorship which dominated Hungarian society for so many years.

Twin street orphans Lila and Dóra (both played by Dorota Segda) are adopted by two different families, eventually losing contact with one another. At the beginning of the 20th century they now occupy separate compartments on the Orient Express. A study of ‘nature over nurture’, they are now unrecognisable both from each other and their past lives. One is the coquettish mistress of a wealthy entrepreneur, the other a revolutionary extremist. An allegory on the roles and identities of women in the modern world, this is marked through a juxtaposition with the revolutionary mind of Thomas Edison who, as the film’s opening sequence depicts, invents the light bulb at the moment of the twin’s birth. Voted one of the ‘12 Best Hungarian Films’ by Hungarian filmmakers and critics in 2000 My 20th Century has stood the test of time.

At seven hours long, describing Béla Tarr’s Satan’s Tango as epic is probably an understatement. Adapted from a novel by Hungarian novelist László Krasznahorkai, Satan’s Tango depicts the collapse of a collective farming unit towards the end of Communism, each member of which is determined to cut and run. However, with the news of the return of a notorious ex-personage (perhaps from beyond the grave), scheming rivalries and malicious plots quickly bind the group to something beyond their control. Online forums are laden with the frantic jabbering of cinephiles proclaiming the successful completion of this four hundred and thirty two minute marathon. Satan’s Tango has thus developed an official cult army, eager to celebrate the virtues of Tarr’s film. Indeed, being able to keep the audience engrossed over such an extended period is tantamount to Tarr’s skill as a director and the film’s hauntingly devastating social realism.

During the filming of Béla Tarr’s seventh feature temperatures reportedly dropped as low as minus fifteen degrees Celsius and the harsh icy winds of the Hungarian blizzard appear to howl from the screen, setting the viewer’s teeth a chatter. Werckmeister Harmonies portrays a travelling circus which performs with the carcass of a whale as a show stopping centrepiece, and upon setting up camp in a backwards and provincial town leads the townsfolk into an increasing spiral of malicious manipulation. Composed of just thirty nine dreamily bleak and beautiful shots, this ground level film on small town faith is another defining chronicle in the work of a genius. As with Satan’s Tango, this is based on a novel by László Krasznahorkai, in this case The Melancholy of Resistance.

In director Nimród Antal’s comedy thriller Kontroll, Bulcsú (Sándor Csányi) works as a ticket inspector in the Hungarian metro system. Running from a past veiled in mystery he has taken refuge beneath the tarmac and concrete of the world above. Dealing with the abusive public and rival ‘train running’ ticket gangs is all part of the job amongst the detritus of Bulscú’s underground domain. But when a hooded serial killer begins to hurl passengers onto the tracks, Bulcsú must descend deeper than he has ever dared. Indicative of a thriving Hungarian film community which has been growing in creativity and recognition over the last few years, the film itself was the first Hungarian film to screen at Cannes in twenty years.

The latest and probably last film from Hungary’s most prolific director Béla Tarr, The Turin Horse looks at a very surprising subject matter. German philosopher Friedrich Nietzsche’s tumble into madness supposedly came when witnessing the brutal whipping of a horse in the Italian city of Turin. Tarr’s film picks up in the immediate aftermath of these events, not with a focus on Nietzsche but with an examination on the horse’s owner and his daughter. With a truly Marxist take on history, Tarr delivers another gem on the sorrow of human existence through the eyes of the common man. Composed of Tarr’s characteristically melancholic black and white cinematography and elongated takes The Turin Horse is a devastating tale of the end of days, a fitting and poignant end to the career of a master filmmaker, who has proclaimed his retirement from filmmaking.